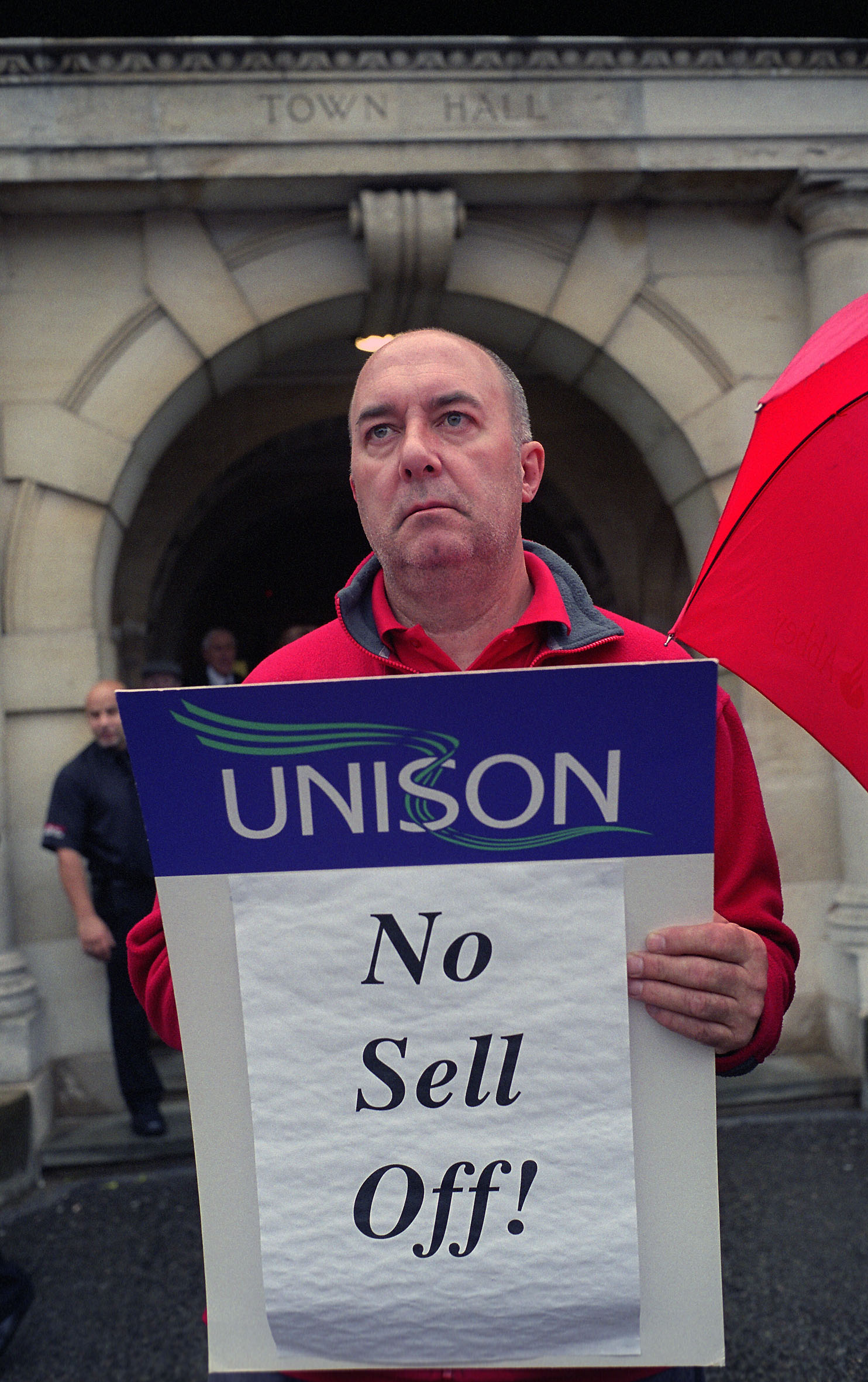 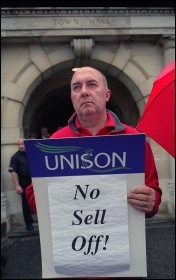 Trade unions unite to fight cuts in jobs and services

PRIVATE COMPANIES in East Anglia must be rubbing their greedy mitts with joy at the prospect of buying up the entire public sector in the county of Suffolk!

At a recent full county council meeting the council leader, Tory Jeremy Pembroke, proposed outsourcing all public services currently provided by the council. This will put Suffolk in the forefront of the Con-Dem coalition’s cuts programme.

Suffolk county council currently employs 27,000 people and, even by their own figures, they estimate 4,000 jobs will go in the ‘restructuring’. Of course, this doesn’t take into account the jobs that will go when the privatised services do their own ‘restructuring’.

All this in the name of efficiency and making the ‘big society’ stand on its own feet! As we know, when private business takes control of public services, the price goes up and both the quantity and quality of the service goes down. Look at the billions already squandered on PFI and PPP privatisation schemes across the country.

Knowing these proposals were coming, Ipswich and District Trades Union Council organised a meeting of affiliated public sector trade unions on 9 September. The first item of business was a motion, passed unanimously, calling for these undemocratic measures to be withdrawn (privatisation had never figured in any party’s election manifestos). The unions also agreed to work together to defend jobs and save public services.

As president of the trades council I put forward this new grouping’s points of view on local radio a couple of days later in a live debate with local Tory MP Ben Gummer and Sandy Martin (leader of the Labour Group on Suffolk county council). The programme was actually extended by 15 minutes because of the number of listeners phoning in.

Sandy and I agreed on a number of issues, particularly that the bankers had created the financial crisis and they should be the ones to pay. Ben Gummer had no answer for that! The idea that cancelling the Trident nuclear weapons project could save the country £78 billion provoked a stunned silence from everyone else!

Our newly-formed Suffolk Coalition FOR Public Services picketed the county council meeting on 23 September and we handed letters to councillors demanding their resignation if they supported the outsourcing proposals. We told them they should be standing for re-election on a clear manifesto that spelt out the demise of public services in Suffolk!

We had no replies from the 55 Tory councillors who control the 75 seat council, although a number of the others have replied saying they support our stand. Employees entering and leaving the building also gave us their vocal support. Members of Unison Suffolk county council branch demonstrated at lunchtime later in the day.

Two days later we did a Saturday morning stall in Ipswich town centre, with a petition and information to hand out. 100 signatures were collected in a short time and many were those of people under threat from the first round of the proposed cuts, particularly carers, library workers and pensioners.

In spite of the politicians and media continually telling us that cuts have to happen, it’s becoming more and more evident that the bankers’ scam is still in peoples’ minds and that people are not happy with the public sector being made the scapegoat for the financial mess created by the banks.

So Suffolk Coalition FOR Public Services has a clear goal for the battles ahead. Not only must we recruit more active public sector workers to our ranks and take the message out to the public, making them confident enough to stand up for their jobs and conditions.

We want to widen the campaign with public meetings across the town’s estates, mass picketing of council meetings and a demonstration through the town.

Further ahead, we’ll be looking for people to stand on an anti-cuts programme at the next local elections in May 2011 and making a huge dent in the Tory majority on the county council.

“THE COUNCIL has decided to outsource nearly everything. The first thing we heard about it was in the local media a few days before the main council meeting that voted this through.

They want to reduce the workforce from 27,000 to a few hundred managers who will oversee the contracts.

If we get outsourced we have no idea what will happen to our jobs, but it probably won’t be good.

Once these jobs are gone they are gone. If they privatise these [services] they won’t be coming back any time soon.

It seems there is a cabal of six or seven people in the council headed up by the chief executive Andrea Hill, (who is on over £200,000 a year) and Tory council leader Jeremy Pembroke.

They must have been planning this for years.

When Hill arrived at the council she said people had to ‘get real’ and they were ‘with her or out’.”