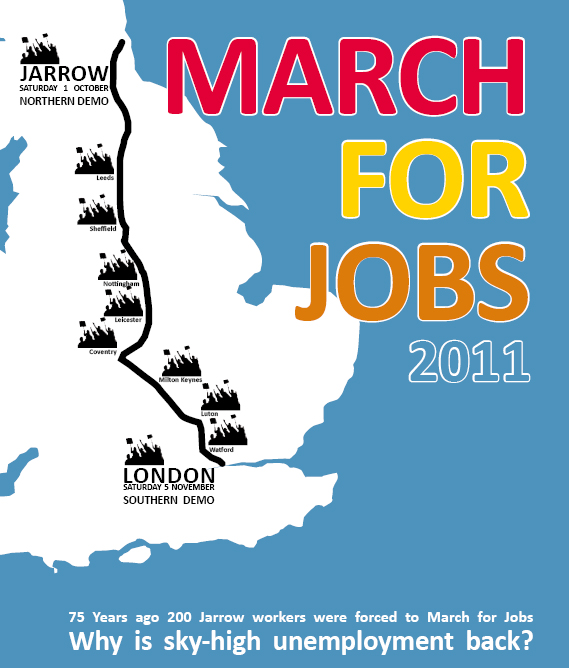 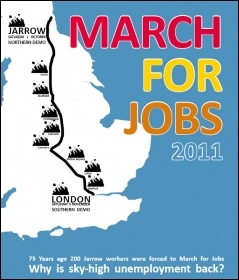 We will be marching in October on the 75th anniversary of the original Jarrow unemployed march, demanding decent jobs and a free education for youth.

Young people in Britain today are facing the same questions of a lack of jobs and cuts in living standards as they did 75 years ago. This government is intent on making us pay for a crisis caused by the bosses and bankers, by wiping out the gains made by working class people since then.

We have already seen the number of 16-24 year olds out of work rise to around one million, the right to benefits attacked and an onslaught on the right to an education.

At present there are currently one in five graduates on the dole, university is no longer a short cut to a decent job but an expensive detour to the Jobcentre.

The 17 MPs should use their positions of authority to help mobilise and raise funds for the march.

We also call on trade unionists and community campaigners to do the same. We want this march to become a rallying point for the entire anti-cuts movement in Britain.

We will hold protests, demonstrations and rallies in each town and city we pass through.

This October young people will be marching to show this government we won’t pay for their crisis. We won’t be a lost generation and we will fight for our futures.

See www.jarrow2london2011.wordpress.com and www.youthfightforjobs.com for more details and information on getting involved.