Not much bread but there's plenty of circuses 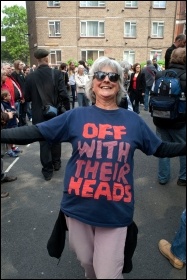 The Roman Emperors dealt with economic crisis with a policy of 'bread and circuses'. The Con-Dems are determined to leave out the bread and just give us the circuses. Witness the media torrent of sickly sentimentality over the royal wedding.

Much has been made of Premier Cameron's deliberations over whether he looks better as a lounge lizard or a stuffed shirt. Serious stuff. It makes Cameron look a fool which is no bad thing but it diverts attention from the realities of the state of the Con-Dem Nation. 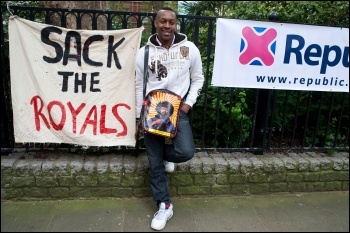 We should be grateful that, although the country cannot afford health, welfare, education, libraries or pensions, at least we can afford for two over-privileged parasites to live like pigs in clover. It's romantic isn't it?

And of course the media Royal Correspondents stress that Middleton is "a commoner". About as common as hen's teeth in fact. The Middletons are from an elite, every bit as remote from the 'common people' as the Windsors. 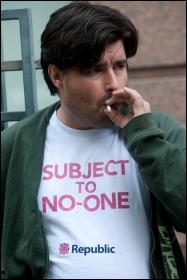 The significance of "blue blood" is that in the past the royals and the aristos had pale skin because they did not work outside like the peasantry so their blue veins were more likely to be visible. None of the millionaire Middletons has to turn an honest day's work and indeed they look to expand their business empire with their royal connections.

On the other hand it is important for the Windsors to bring new blue blood into the family as is all too evident in Prince Charles and Prince Philip. Daft as a pair of Poundland brushes.

So watch the royal circus and enjoy it. After all you paid for it!

May day Greetings in The Socialist May 2011

No Health Cuts, No Privatisation