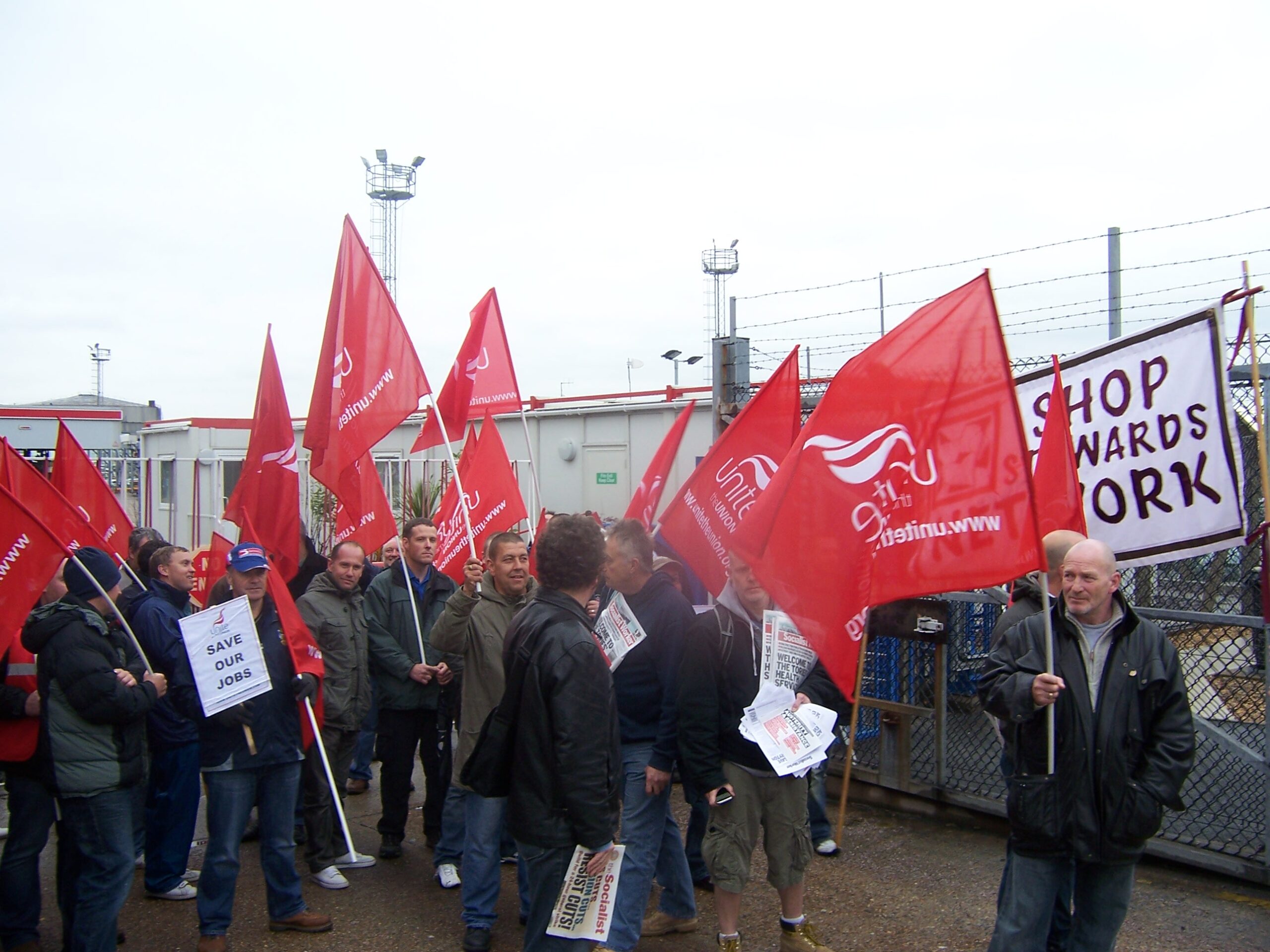 Coryton refinery workers to spread protests across the country on Monday 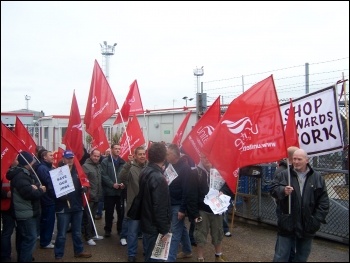 The fight to keep Coryton refinery open will intensify Monday 25 June. Protests against the closure have been called at Vopak oil terminal in Purfleet, Essex, Lindsey oil refinery, North Lincolnshire and Grangemouth oil refinery in Falkirk. All the protests will start at 1:00 PM.

The Coryton workers are members of Unite. Closure of the refinery will see the jobs of 500 staff and 350 contractors under threat. Unite estimates over 1000 jobs in the local area depend on the refinery.

The NSSN urges all its supporters to publicise these important protests across the labour movement and attend to show solidarity and support.