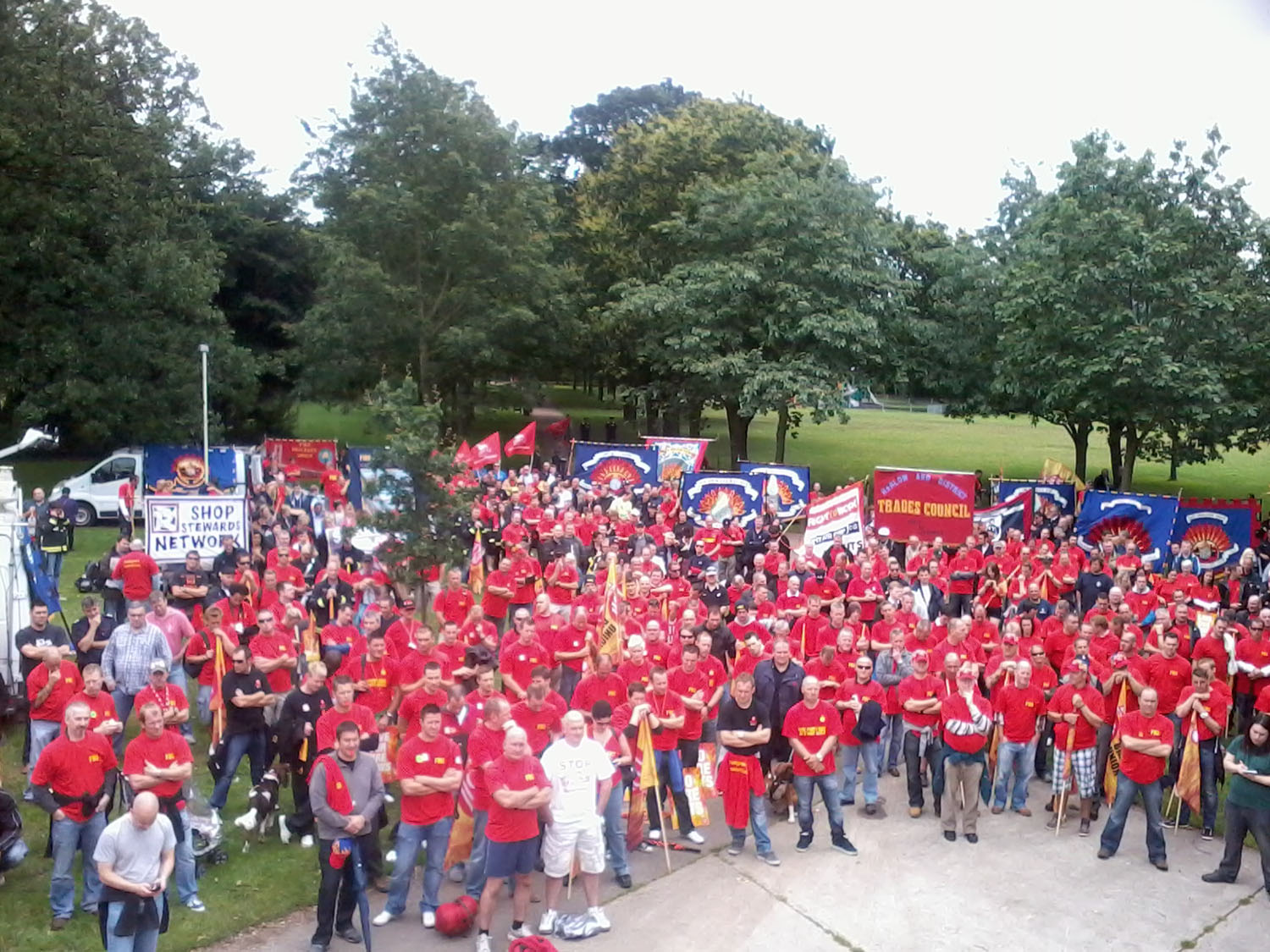 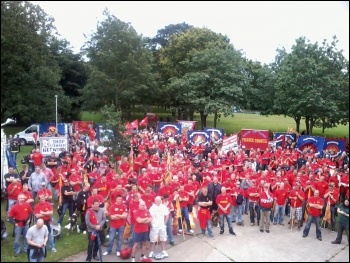 Hundreds of striking firefighters and their supporters paraded through Essex’s county town of Chelmsford on Wednesday 18th July in a show of defiance against the dictatorial attitudes of the Fire Authority and the unnecessary cuts in service they are trying to force through.

FBU banners from as far afield as Northern Ireland and Cornwall showed that firefighters around the country are watching this dispute with great interest.

At the front of the crowd was the “Basildon 42”, the Basildon firefighters who were disciplined en masse for talking to their councillors about the cuts in the fire service.

They heard from the general secretary of their union, Matt Wrack, that the FBU will do all in its power to drag Essex fire brigade into line with every other brigade in the country and put an end to the current “big brother” regime.

Just before coming to address the crowd, he had delivered notice of further strike action to the chief fire officer, David Johnson, whose very name gave rise to jeers from those in the crowd who knew him. The next scheduled strike date is 18th August. 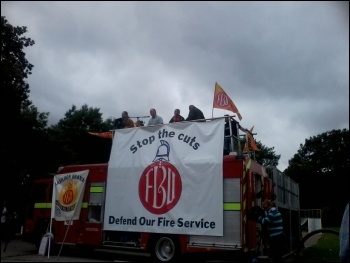