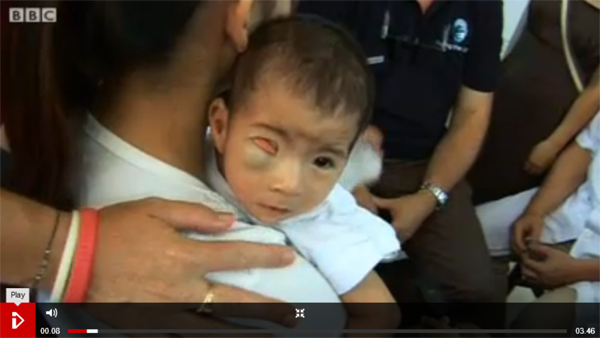 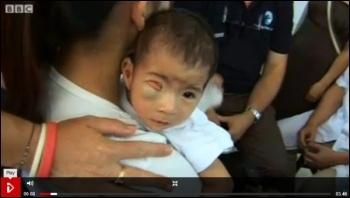 On Monday, after days and weeks of wailing capitalist politicians on both sides of the Atlantic being given bagsful of airtime to strut high and mighty about the abhorrent use of chemical weapons in Syria, a small ‘human interest’ item, so beloved of TV journalists, came tumbling into our living rooms.

A small group of very praiseworthy doctors from the Kensington and Chelsea hospital in London, working for Facing the World charity, were in Da Nang Vietnam.

They were helping facially disfigured children, from toddlers to teenagers, to regain their faces that were horribly deformed.

The presenter warned viewers that the images may be too distressing to watch. Working with Vietnamese doctors, operations were being systematically carried out one by one.

After two weeks 20 operations had been performed bringing overwhelming joy to the children, and their parents.

Eyes, cheeks, ears, lips were being put back in the right place. Families could now regain their place in their villages, many having been cast out because of their “monster” child. 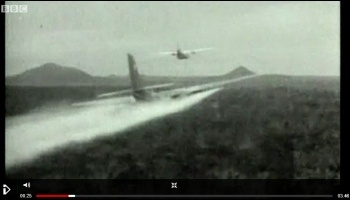 And how did so many children get to be like this? According to the Vietnamese authorities there are still around 150,000 children in this predicament – and all due to Agent Orange.

This was the chemical weapon dioxin – one of the most deadly chemicals known to science – dropped from airplanes by US troops 40 years ago over the countryside of Vietnam.

With the difficulties of fighting a guerrilla army the US military came up with the grotesque strategy of dropping chemicals that would defoliate all the vegetation, making it more difficult for the Vietcong to hide and at the same time ruining crops that were feeding the population.

Somewhere in the Pentagon conclaves of US generals, in cahoots with president Nixon, coldly discussed plans to use chemical weapons, and then ordered those plans to be carried out.

In these same rooms today similar generals and a president are parading their morals about chemical weapons as lily white. What absolute hypocrites!

Even worse, they are compensating US soldiers whose children have been born with the same deformities but refuse to likewise compensate the Vietnamese – citing lack of evidence. 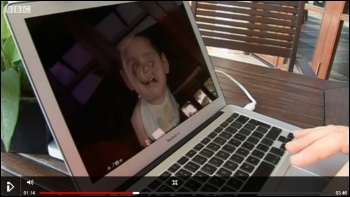 These are the same type of representatives of the ruling class who fudge-over the evidence about the culprits for the recent chemical attack in Syria, but nevertheless have their finger on the trigger. Even greater hypocrites!

And the tragedy according to the doctors is that once Agent Orange is in the gene pool there is no knowing how long it will take to subside.

As the presenter on the programme deftly put it, the story was about the “toxic legacy” of war.

Socialist reporters would have used this story to also highlight the hypocrisy of warmongers Cameron and Obama.

This version of this article was first posted on the Socialist Party website on 11 September 2013 and may vary slightly from the version subsequently printed in The Socialist.