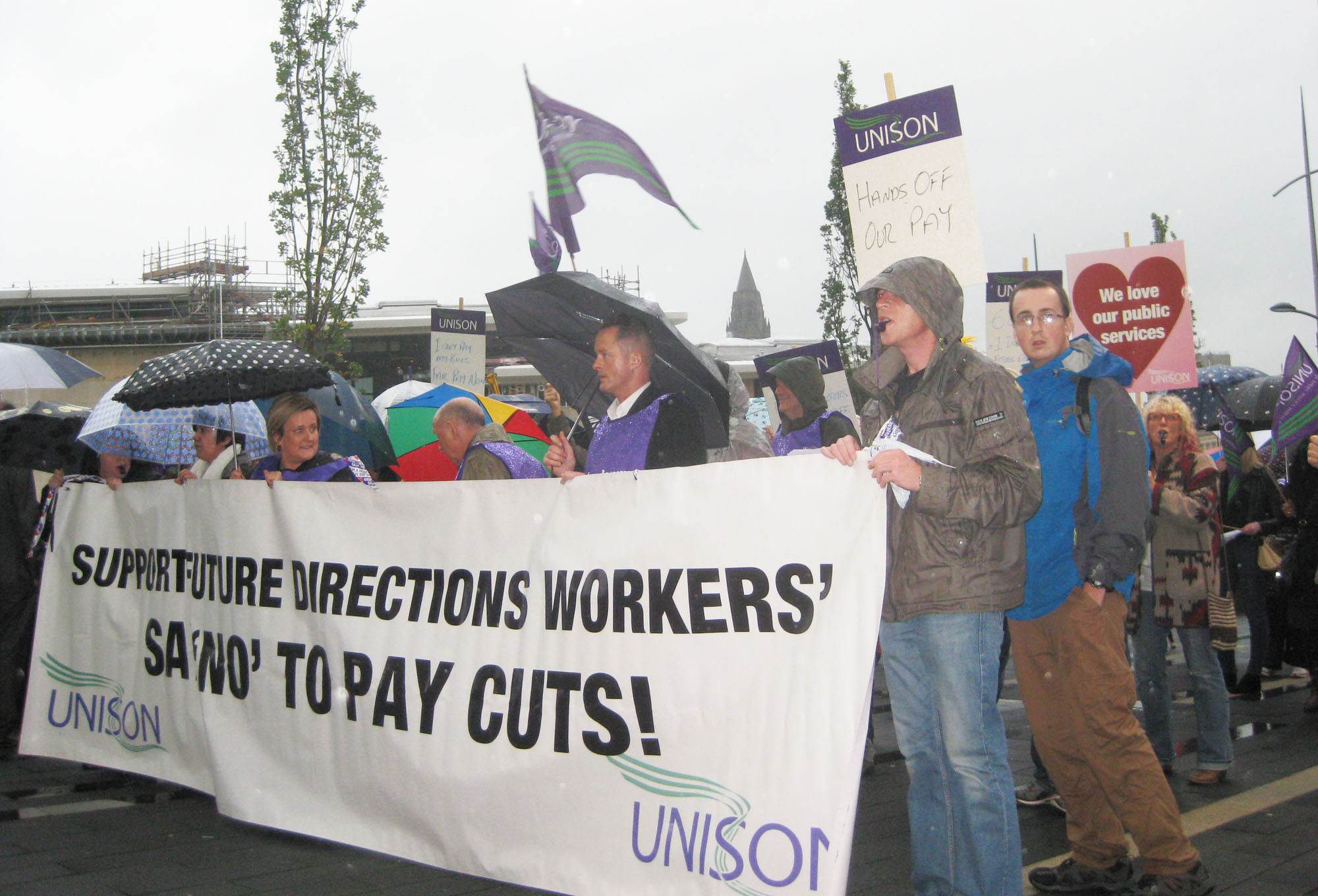 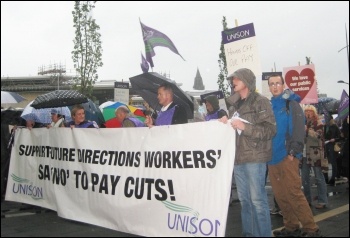 “We’re as strong and solid now as we were when we started”. The words of Andy, one of the Unison stewards, in buoyant and determined mood, as they move towards completing their third, 10 day period of strike action.

The support workers are fighting against their employer, Future Directions, who are trying to impose severe pay cuts and attacks to terms and conditions.

Andy explained that some of the workers will lose £10,000, and some are threatened with losing their homes. This has been exacerbated by the strike action, but the campaign remains strong.

Their meeting at Rochdale town hall on Thursday 3rd October discussed the progress of the campaign. The employer has spread rumours that the union has refused to meet with Acas, but these lies were rubbished by Unison reps.

The meeting was also updated about the donations flowing in from around the region and nationally. The meeting heard how this strike action and the national coverage it is receiving has put immense pressure on Future Directions, blowing a hole in its business model.

The 60 workers then marched to the newly built Riverside Centre, where the full council was meeting, for a noisy and enthusiastic lobby.

The lobby was addressed by the leader of Rochdale council, Unison officials and most importantly, by a worker from the Hovis bakery in Wigan, who brought a message of solidarity, and explained how they won their dispute against zero hour contracts by taking strike action.

The Unison officials pledged to meet with the employers and the Acas negotiation service, “anytime and anywhere”, and reported that the employer’s response was to put off talks for at least another two weeks! Colin Lambert, council leader, said that he would be writing to “both sides” to say “enough is enough” and that Future Directions management should go to Acas with Unison.

The workers will plan further strike action, as they wait for the Acas talks and until Future Directions withdraws from its attacks on some of the lowest paid public servants, caring for the most vulnerable in society.

This version of this article was first posted on the Socialist Party website on 4 October 2013 and may vary slightly from the version subsequently printed in The Socialist.