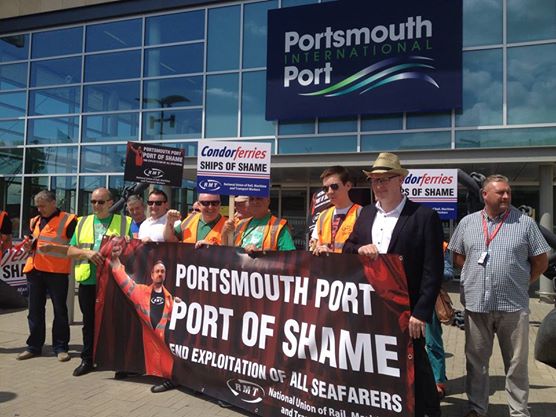 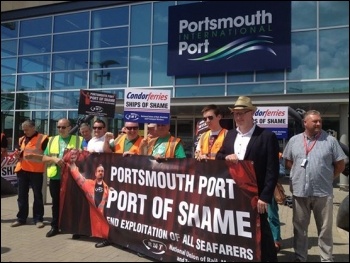 Solidarity with Portsmouth RMT campaign for a living wage at sea! Support the struggle against poverty pay on Condor Ferries, paying £2.30 an hour to Ukrainian crew, with the connivance of Portsmouth city councillors who refuse to lift a finger against this outrage.

One million public sector workers were on strike last Thursday to smash the Con-Dem pay freeze. We need a 24-hour general strike to unite all struggles on pay and ensure all workers receive a living wage. The TUC should name the date!

The next protest is on Saturday 26 July, 7am at Portsmouth ferry port.