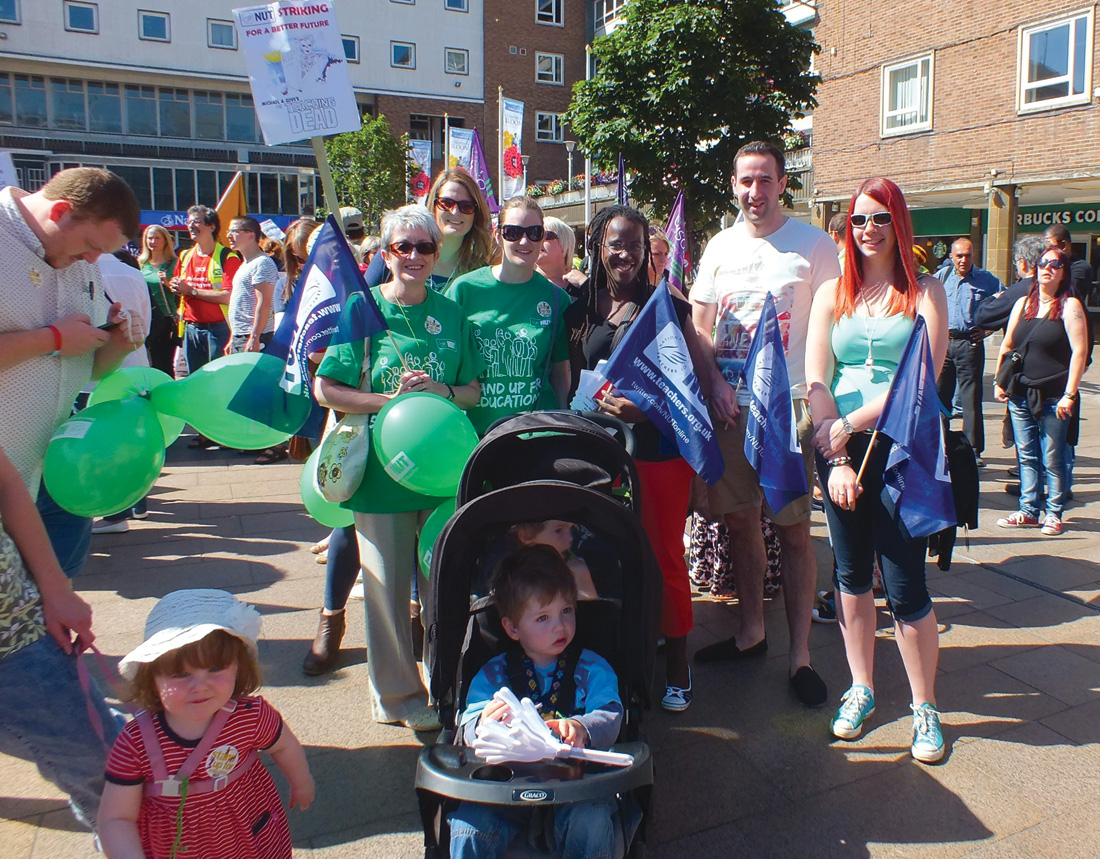 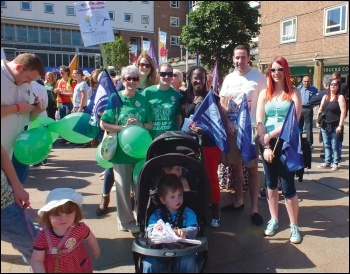 Teachers, parents and children at the 10 July strike rally in Coventry   (Click to enlarge: opens in new window)

I was recently elected as National Union of Teachers (NUT) executive member with a manifesto clearly stating we needed to escalate strike action. We needed a clear calendar of action to win our demands on pay, pensions and workload as well as to seek the widest possible coordinated action with other unions.

But the executive meeting on 5 September voted against striking on 14 October, the date chosen by other trade unions including those representing support staff in schools.

Already, on social media, many teachers are expressing anger with this decision.

In TUC congress, there are clear calls for further coordinated strike action and my own union will be supporting those motions despite failing to take the opportunity to put that into practice.

One of the reasons given by the leadership was perceived lack of consultation and communication on the part of other union leaders to bring that about. Some tried to argue that the focus of our disputes were not the same.

As I pointed out in the executive meeting, there is a real desire at local rank and file level to work together as was demonstrated at 10 July strike rallies up and down the country.

In Coventry, confident young teachers joined the rally for the first time and lead the chants.

Not long after 10 July, education minister Michael Gove had gone – we had become the ‘Govebusters’! But the replacement, Nicky Morgan is proving herself as bad – if not worse!!

I fear that what the executive is putting to members is still not sufficiently strong enough. Not calling October strike action alongside our support staff colleagues will make it more difficult.

As teachers return to work this September, they face an unprecedented assault on their living standards with no guarantee of pay increases, even the 1% cost of living rise.

Payment by results will be a feature of their working lives as well as the constant threat of capability issues.

The executive decision is a huge setback. We need to seize any opportunity to try and reverse that by putting pressure on them.

We need a strong leadership locally and nationally. We need to get the NUT back on track and make sure we win for our members.