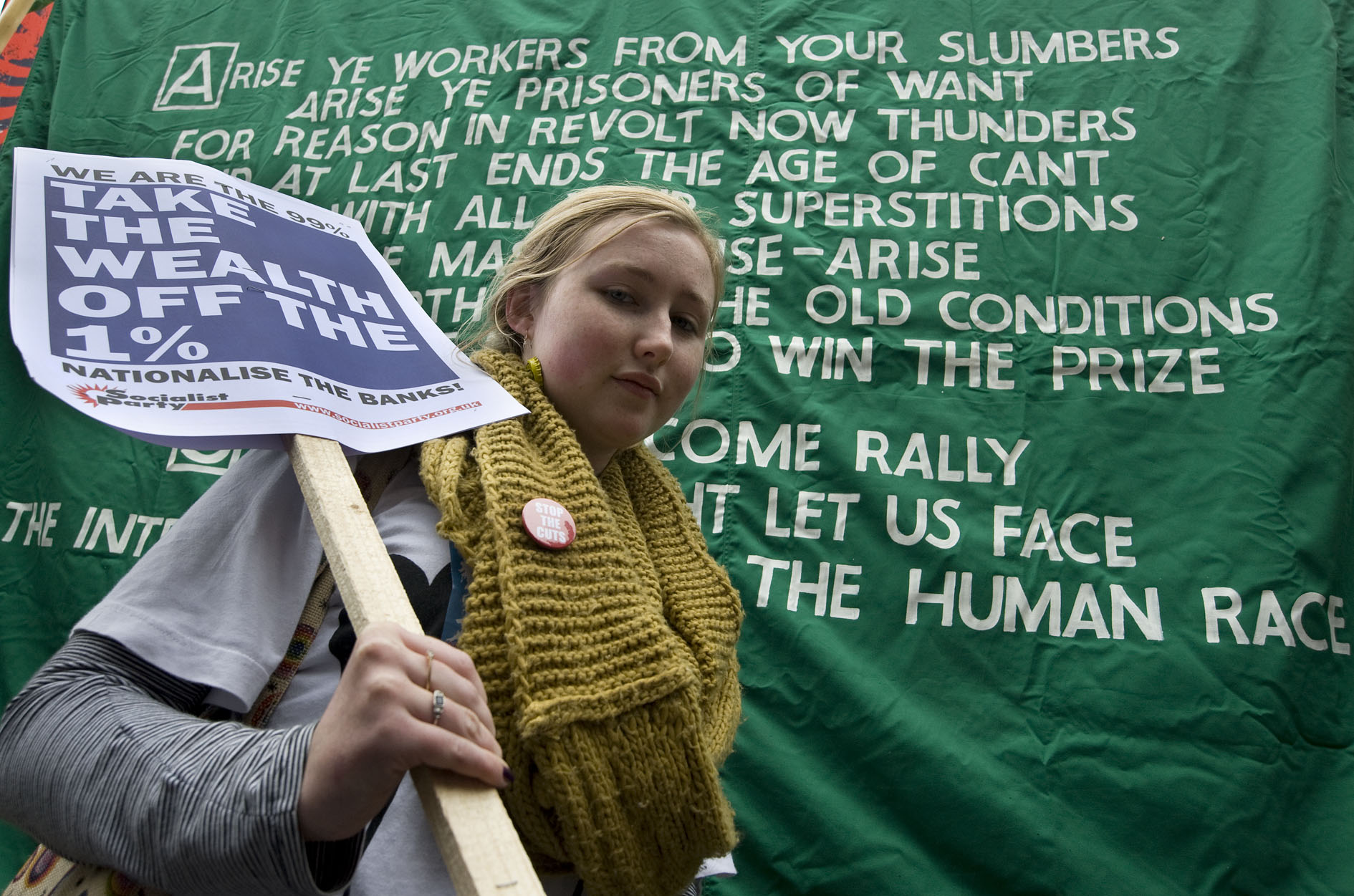 Take the wealth off the 1%, photo Paul Mattsson   (Click to enlarge: opens in new window)

The Daily Mail speaks of an “eight year low” in unemployment, but this only conceals the spiralling numbers of self-employed and casual workers, and those unemployed whose numbers are hidden in the sickness figures.

Recent studies from the Child Poverty Action Group are less sanguine. Child poverty is predicted to rise to 4.6 million by 2020. In areas like Bethnal Green, east London, 49% of all children already live in poverty. This leap in poverty is being driven by the biggest slump in real wages for British workers since the Victorian age.

At the top of the pile are 4,700 individuals with wealth exceeding £31 million. The richest 10% control 54% of Britain’s wealth.

In the rich G7 nations, Britain is the only one where inequality has increased in the period from 2000 to 2014.

Liberal commentators have paid this topic a lot of attention, with Observer front pages, Owen Jones articles, and the book by economist Thomas Piketty, ‘Capitalism in the 21st Century’, with each bemoaning increasing inequality.

But what have they said about how to stop it? Piketty, for example, recommends a global wealth tax but says nothing of how it would be implemented and by who.

Labour, firmly embedded in the establishment, belatedly promises an £8 minimum wage over five years, which doesn’t even cover inflation. Its ‘mansion tax’ will barely impact on the super-rich, whose main fortunes are stashed away in offshore tax havens.

We need socialist policies and mass political organisations to bring about lasting root and branch change to end the exploitative system of capitalism and its grotesque extremes of wealth for the few and poverty for the many.

That is why trade unionists, community campaigners, socialists, and indeed anyone feeling the effects of capitalist austerity, should come to Socialism 2014 (see below).

Hosted by the Socialist Party it will showcase our alternative and provide a forum for people to discuss and debate the way forward. Buy your ticket today!