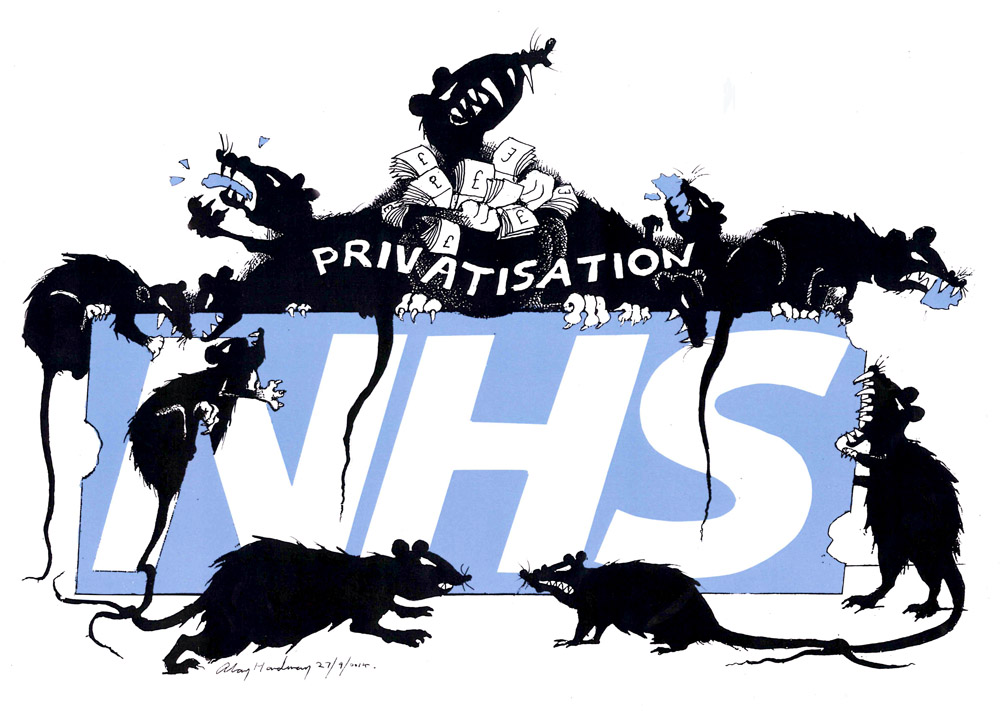 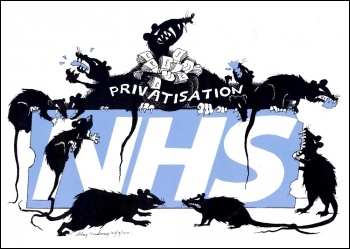 The deepening staffing and funding crisis in the National Health Service (NHS) is causing hospital Accident and Emergency departments (A&Es) to be stretched to breaking point. Yet, as Bob Severn shows in examples from London, hospital trusts in England are being bled dry by for-profit PFI privatisation schemes.

The A&E at Queen’s hospital in Romford, east London, is struggling to cope with 120 ambulance calls a day – the highest in the capital. But the NHS trust has a long term solution… close its other hospital!

In 50 of the last 53 months, Queen’s has failed to meet NHS treatment time targets. In one week alone, 935 patients waited longer than four hours. But the Barking, Havering and Redbridge (BHR) NHS Trust still plans, with the proviso that Queen’s performance ‘improves’, to close the A&E at its second hospital, King George in Ilford.

Maybe the east London trust should take a hint from west London. A&E delays have rocketed to the worst level in England at Northwick Park and Ealing hospitals following the closure of neighbouring A&Es at Hammersmith and Central Middlesex hospitals.

But the closure of King George, signed off by then-health minister Andrew Lansley in 2011, is still set to go ahead – though now delayed beyond 2015 due to the state of Queen’s.

Why does King George A&E have to close? Because of the trust’s £38 million debt. And where does that debt come from? The Private Finance Initiative (PFI) construction of Queen’s in 2004, resulting in the trust paying £20 million a year in interest alone.

PFIs are like taking a mortgage from Wonga. These high-interest schemes were first used under John Major’s Tory government in the early 1990s then massively expanded under the Blair and Brown reigns of New Labour.

Total PFI deals in the NHS up to 2012 will, if paid in full, have a total cost of almost £80 billion – £68.4 billion of which is interest. The only people to benefit are the fat cat financiers and corporate bosses.

East London Socialist Party has long campaigned against the closure of King George A&E – including against two proposals under the Labour government which were beaten by mass opposition and demonstrations. We say: axe PFI, cuts and privatisation, not King George!