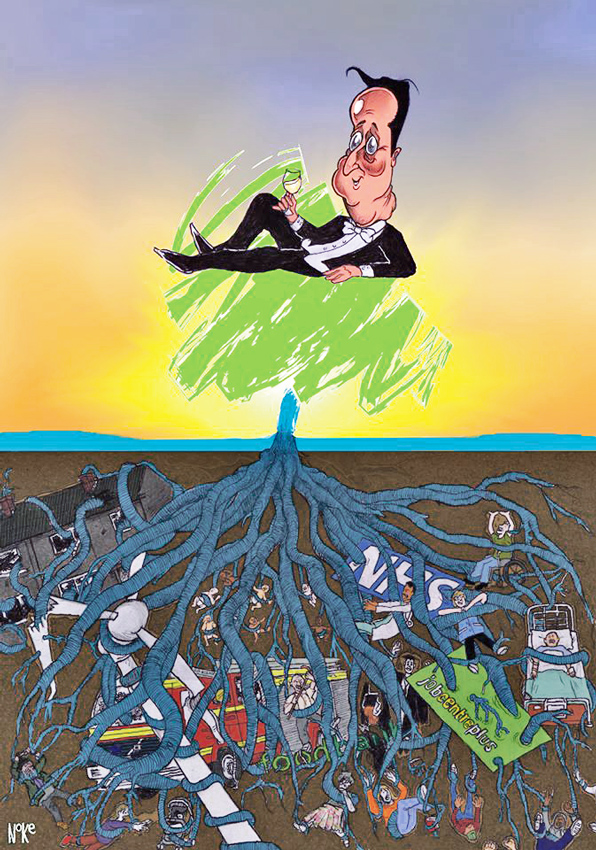 Editorial from the Socialist 857 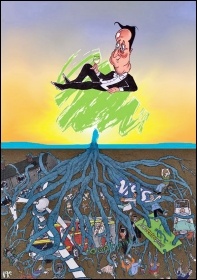 “Don’t despair, organise!” has been the message of many union activists since the Tory victory was confirmed on 8 May. At the union conferences that have already taken place there has been an undoubted desire of delegates to understand how the Tories won, but also to work out how Cameron’s new planned cuts offensive and attack on union rights can be resisted and defeated. This is a reflection of countless discussions that will be taking place in workplaces and communities all over the country as working-class people digest the news. It seems that many union branches have had increased attendances and certainly Socialist Party meetings have seen many new people coming along.

The first reaction has, understandably, often been one of shock, particularly in the days just after the election when the result was still raw. But this has quickly turned into a realisation that the movement has to be prepared to fight back, particularly as Cameron and Osbourne have announced some details of the Queens Speech on 27 May and the emergency budget on 8 July. The fact that the Labour leadership contest is between an assortment of Blairites has, if anything, added an impulse to the feeling that ‘we have to do it ourselves’.

The Tory plan is ‘shock and awe’ – to demoralise workers at the prospect of yet another tranche of brutal cuts and the sinister ratcheting up of Thatcher’s anti-union laws. Tony Blair approvingly called them the most restrictive labour laws in Western Europe and shamefully he and Brown left them intact during the 13 years of New Labour rule.

It is no accident that austerity and anti-union laws are two of the main pillars of the new government. From the opposite class view, the Tories often have a much better understanding of the powerful potential of the unions as the organised driving force against their austerity plans than many of the union leaders.

Cameron, like Thatcher before him, looks at the union leaders and complacently believes that he can just push ahead. The ‘Iron Lady’ came a cropper when, after the Labour and trade union leaders allowed the miners and Liverpool socialist council to be isolated, she wrongly believed that she was invincible and rolled out the poll tax.

But that defeat wasn’t automatic. Resistance was inevitable, but the role of the Socialist Party (then Militant) as the key force in developing an organised opposition through countless anti-poll tax unions ensured that an 18 million strong army of mass non-payment made the poll tax unworkable. Similarly now, rank and file pressure must be exerted on the trade union leaders to call the mass action that is needed to face down the Tories.

The Socialist Party is building for the People’s Assembly London demonstration on June 20th, which has the potential to be very big. But the trade unions should not ‘subcontract’ out the responsibility of leading the struggle when the union movement’s fundamental ability to organise and act is on the line. The danger is that the leaders are let off the hook, when they should be preparing members for mass industrial action on the scale of a 24 hour general strike.

So side by side with supporting this march and all other initiatives that are sprouting up – such as the Youth Fight for Jobs 27 May Queen’s Speech protests and the incredible 5,000 strong Bristol demonstration called by sixth formers – we urgently have to place demands on the union leaders. The National Shop Stewards Network conference on 4 July is a crucial event, bringing union and anti-cuts activists together to build a real campaign that can build the pressure on the union leaders.

At the FBU conference, just days after the election, TUC General Secretary Frances O’Grady announced that there will be a special meeting of the TUC Executive in the aftermath of the Queen’s Speech. But if Cameron (elected on 24% of the electorate!) announces the threatened new laws to bring in 50% turnout thresholds in industrial action ballots and worse for the public sector, this has to be widened out to an emergency TUC General Council.

It should be a ‘council of war’ to seriously prepare the whole union movement for a 24 hour general strike, as a warning to the Tories. More importantly, it would raise the sights and lift the spirits of millions of workers and all those lined up to be on the receiving end of the Tories’ eye-watering £12 billion welfare cuts. The left executives should work out a strategy to put pressure on the TUC. But if the TUC refuses to organise, then the left-led unions should get together to call action.

Already there are hopeful signs that workers and working-class communities have the will to fight. Before, during and after Election Day, there has been a whole number of strikes, disputes and protests continuing or emerging. Many of them are indefinite or at least protracted. Rail workers will decide if the new offer from Network Rail is sufficient to be accepted, but the determined mood reflected in the massive 80% turnout and 60% yes vote in the strike ballot forced management to blink first.This can give many others confidence that it’s possible to fight and show that actually Cameron leads a very weak government, with a paper-thin majority, which can be defeated.