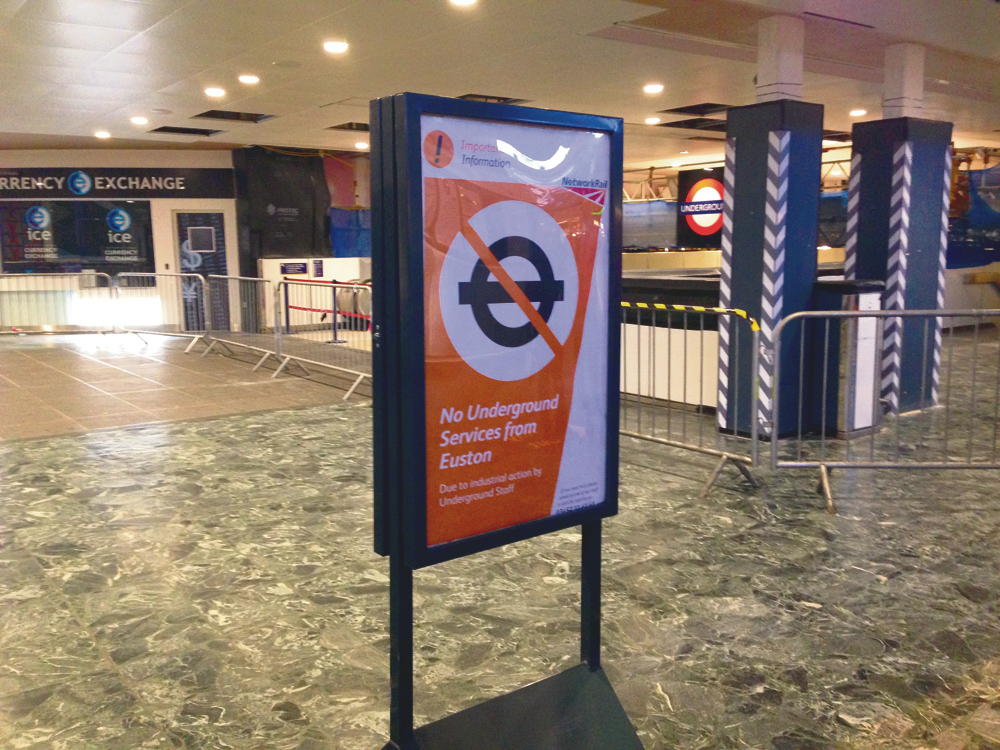 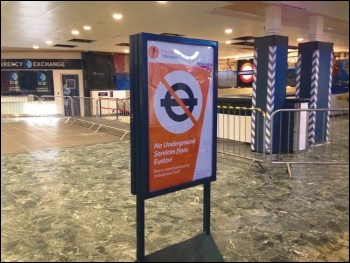 The power of the working class. Photo by Paula Mitchell   (Click to enlarge: opens in new window)

London Underground workers struck on 8 and 9 July against pay cuts, job cuts, shift changes and attacks on conditions. All four unions – RMT, Aslef, TSSA and Unite – struck together, closing the entire network for the first time in 13 years.

“I’ve never seen a strike like it. Management aren’t even trying to open most stations,” said one picket at London Bridge.

The station was all locked up, with a sign saying “closed till 5.20am on Friday 10 July”. It was unnaturally quiet for rush hour – but then most people couldn’t get there. The tube was entirely shut down.

Loads of drivers beeped their support. Commuters gave pickets the thumbs up or a few words of encouragement.

The ‘Red Line’ bulletin – from Socialist Party members in transport union RMT – went down well. Pickets were especially keen on our argument for joint action with bus drivers. They are fighting for standardised pay across different companies, and organised successful London-wide strikes earlier this year.

See more on this strike at http://www.socialistparty.org.uk/campaign/Workplace_and_TU_campaigns/London+underground/21061 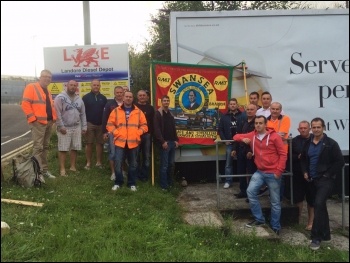 “In Swansea, as with other maintenance depots, around 80 maintenance jobs are at risk. Catering staff are obviously concerned over removal of the buffet service. Train guards play an essential role in providing a professional service for the health and safety of passengers.

“The RMT and East Coast, which are also introducing the new Hitachi trains, have negotiated an agreement which satisfies all the concerns of our union. Our members on Great Western are determined to reach a similar deal – otherwise future action will be on the cards!”

Read more on this strike at http://www.socialistparty.org.uk/articles/21062/09-07-2015/striking-against-detrimental-changes