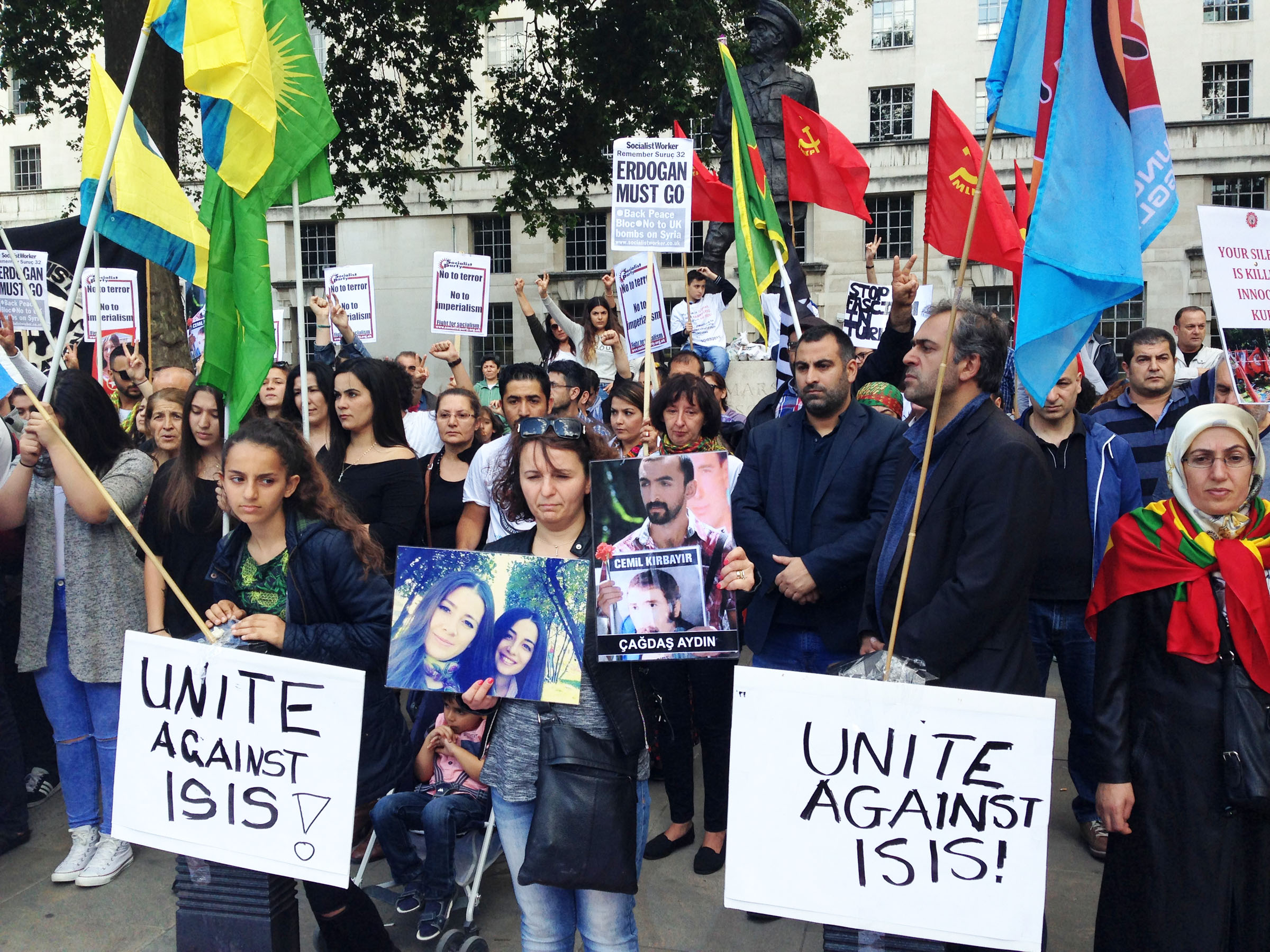 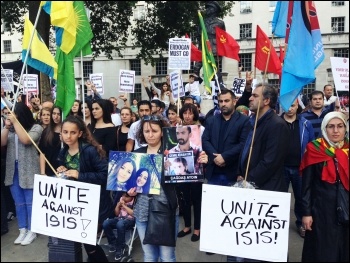 Turkey: only workers’ unity can end terrorism, division and war

On 20 July, 32 young people, members of the Socialist Federation of Youth Associations, in the South East Turkish town of Suruc, were horrifically killed by a suicide bombing most likely carried out by ISIS terrorists.

This is the first time ISIS has targeted a socialist organisation inside Turkey. The slaughter of young people, whose aim was to travel across the Syrian border to Kobane to help rebuild the Kurdish city laid waste by ISIS last year, has repelled people across the world.

Yet the demonstrators who took to the streets in Istanbul and other Turkish cities in solidarity with these murdered young people were themselves attacked by the Turkish police with tear gas and water cannon.

The Turkish government, and President Erdogan, have blood on their hands. Their foreign policies have emboldened ISIS and invited terror attacks.

The Turkish government stands accused of collusion with ISIS against the Kurds in Syria. It has held back from attacking ISIS and allowed large numbers of jihadists to cross its border. Turkish aims in Syria include setting up a buffer zone and replacing Kurdish fighters with their own forces.

The truth is that the Turkish state would rather see ISIS win out than a Kurdish victory, fearing the effect that could have on the Kurdish population in Turkey.

But now there has been the agreement reached between the US and Iran, the Turkish government fears losing its regional role, and wants to be seen to cooperate further with the US. It also feels compelled to take some action against ISIS in reaction to the Suruc atrocity and the instability that such terror acts bring.

On 23 and 24 July it bombed ISIS bases in Syria for the first time – action that will only increase the threat of terrorism and instability in Turkey. In addition, Turkey and the US reached an agreement to conduct joint operations against ISIS, allowing the US to launch air strikes from the Nato air base at Incirlik.

The Turkish government has also taken the opportunity to bomb Kurdish PKK bases in Iraq, seemingly more heavily than its bombing of ISIS, a major shift away from the stalled ‘peace process’ it had been conducting. [After this article was written the FT reported that Turkish warplanes hit 3 ISIS bases on Friday, and since then 75 Turkish warplanes have hit 48 Kurdish targets.]

Citing the shooting of three policemen and a roadside bomb that killed two Turkish soldiers – incidences claimed by the PKK following the Suruc attack – Erdogan is attempting to equate the PKK with ISIS.

There can be no comparison between the individual armed actions of PKK fighters against forces of the Turkish state and the mass horrific slaughter of ordinary working class and poor people carried out by ISIS.

Nonetheless, the Socialist Party does not believe that such individual actions are the way forward for the Kurds’ struggle. They are counter-productive, providing an excuse for further aggression by the Turkish state and they risk deepening division between Turkish and Kurdish workers.

Erdogan hopes that the west will turn a blind eye to – or even condone – his attacks on the PKK as the price for Turkey’s cooperation against ISIS. In reality this is complicated for the US, who have relied on Kurdish forces in Syria to fight ISIS on the ground. The US has so far distanced itself from the strikes against PKK bases.

Nonetheless, Kurdish people should not expect any succour from western powers. The main responsibility for the nightmare in the Middle East lies with western imperialism.

There has long been subjugation and conflict stoked by western and regional powers to allow the region’s resources to be looted and for their own prestige.

This and the decades-long oppression of the Palestinians by the Israeli state, backed by western powers, has been exacerbated by the so-called ‘war on terror’ and the wars on Afghanistan, Iraq and Libya.

The Turkish government has been alarmed by the electoral success of the pro-Kurdish HDP in the elections in June, in which the ruling AKP lost its majority. Its greatest fear would be the coming together of Kurdish and Turkish workers in a mass uprising that could challenge the whole Turkish regime.

The Turkish government tries to whip up anti-Kurdish views among Turkish workers in order to maintain its rule and counter the Kurds’ aspirations.

President Erdogan might call new elections this year to try to regain an AKP parliamentary majority and push the HDP, the party based on Kurdish and left wing support, out of the parliament.

But an appeal to working class people in Turkey from workers’ organisations, with a programme to defend the democratic rights and national aspirations of all peoples, for jobs and homes, for the vast resources of the region to be owned and controlled democratically for the benefit of all, could break down those barriers.

On the basis of a socialist programme, it would be possible to build a movement that unites people across Syria, Iraq and across the region that can repel ISIS, the corrupt regional powers and imperialism in the Middle East. A voluntary socialist confederation of the Middle East would enable all peoples to freely and democratically decide their own fates.

■ More analysis and background at socialistworld.net