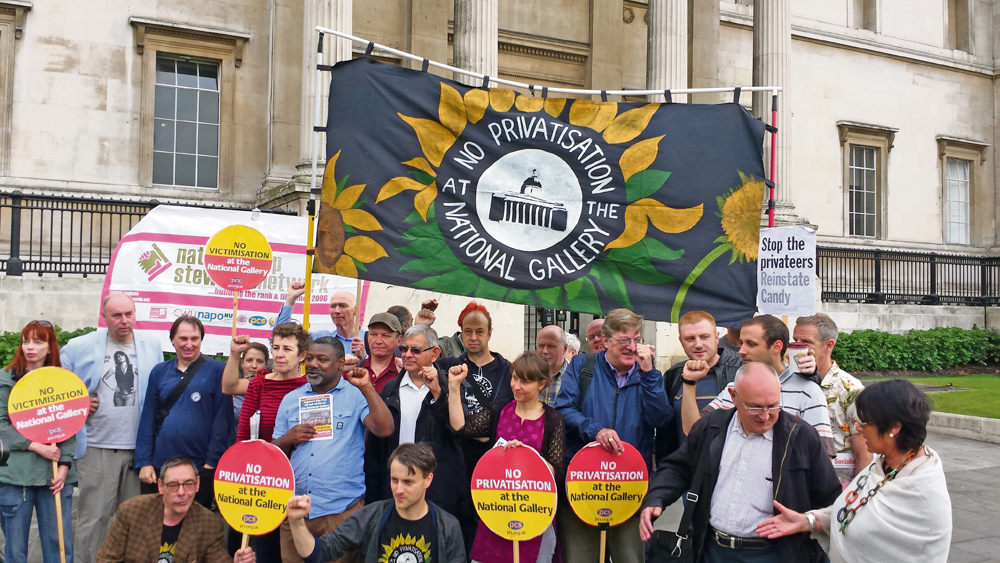 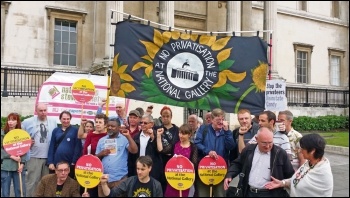 At a packed, emotional union meeting, National Gallery strikers unanimously voted to back a deal that will see a protection of terms and conditions for PCS members at the National Gallery and agency staff brought in by Securitas.

The agreement, reached on 2 October, includes the reinstatement of victimised union rep Candy Udwin and also retains recognition for the right of the union to negotiate on all terms and conditions.

This is a great victory for PCS as National Gallery bosses conceded almost all terms and conditions and it will be a great confidence boost to a union under attack by the government over the deduction of union subs and cuts in jobs and services. 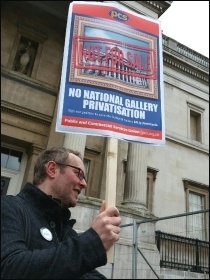 The members, who first walked out in February over plans to privatise visitor and security services, took 109 days of strike action altogether including walking out indefinitely from 11 August.

The campaign included a demonstration in Trafalgar Square in May, which was mobilised for nationally by PCS, despite being under siege by the government. PCS also coordinated action with other unions and organised a march down Whitehall on budget day.

Pickets throughout had good support from other trade unionists, members of the Socialist Party and the National Shop Stewards Network who invited Candy Udwin to speak at its conference in July where a collection took place. Strikers were welcomed back to work on 5 October by a demonstration celebrating the victory and bringing further solidarity.

Though the strike did not stop the privatisation, it has secured a number of vital concessions that protect workers’ conditions and their union rights.

The inspiring victory demonstrates that strike action is effective and that strikes can win.

This version of this article was first posted on the Socialist Party website on 7 October 2015 and may vary slightly from the version subsequently printed in The Socialist.