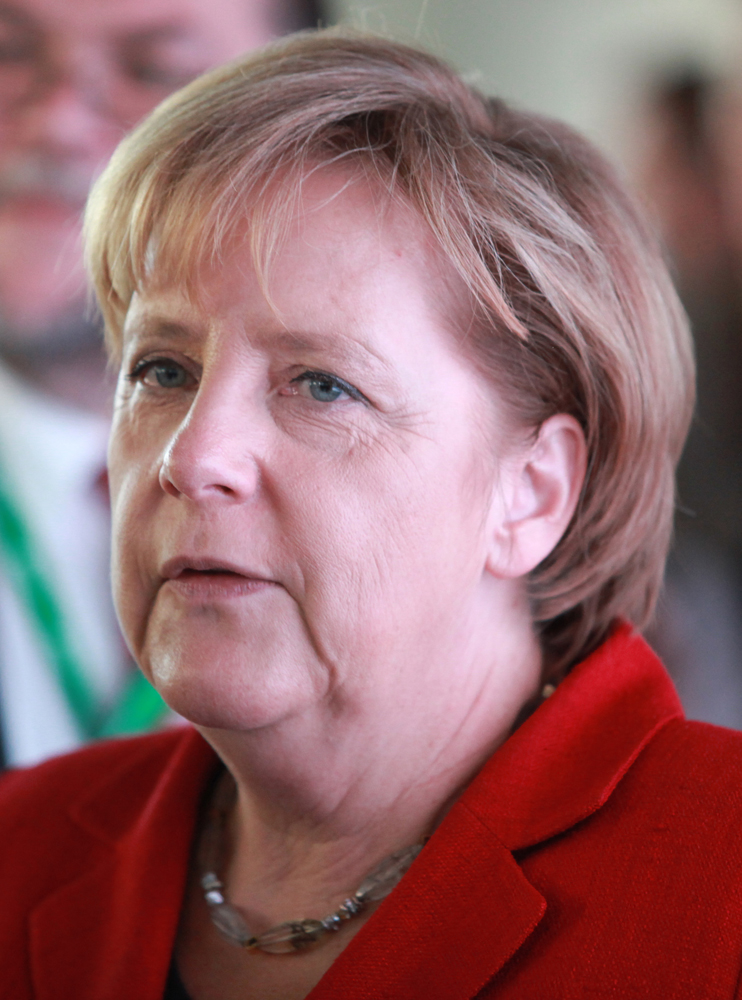 Angela Merkel, Germany’s chancellor, is working on an image overhaul. During the Greek euro crisis, protest placards showed her in a Nazi uniform because of her policy of imposing draconian cuts on the Greek people.

Yet, recently, there were even proposals to nominate her for the Nobel peace prize because of her policy in regard to the refugee crisis. 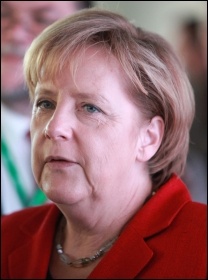 When the refugee crisis in Hungary was close to a violent escalation in August, Merkel opened Germany’s borders for those desperate refugees. This was an unexpected step by a government which was not known for a humanitarian approach to refugees and asylum seekers.

However, there was soon a strong reaction to the chancellor’s opening of the borders from within her own political camp.

More than 800,000 refugees are officially expected to come to Germany this year. When a similar situation developed in the early 1990s, mainly because of the civil war in the former Yugoslavia, the capitalist establishment unleashed a strong racist campaign, claiming that many asylum seekers were simply ‘economic refugees’.

As a consequence, in 1993 the German constitution was changed, with the votes of today’s government parties, the CDU/CSU and the social-democratic SPD (plus the liberal FDP which is not represented in parliament today), and the right to asylum severely restricted.

Another consequence was that the far-right felt motivated by this state racism and was able to grow in numbers and influence. In these years asylum seekers’ hostels and migrants’ homes were burned down by fascists.

A mass anti-racist movement developed in which the CWI-led Youth Against Racism in Europe (YRE) played a key role, winning hundreds and thousands of young people not only to anti-racist but also anti-capitalist and socialist ideas, and establishing a tradition of mass direct resistance against Nazi meetings and marches.

In the early 1990s, East and West Germany had just re-unified. The West German capitalists took over the East German economy, exploiting their workers as cheap labour, with millions falling into mass unemployment.

Today the economic and social background and the interests of the German capitalist class are different, which leads to a different approach to migration and the refugee crisis. For many years, German capitalists complained about a lack of skilled workers.

This is partly because they failed to invest in training, and also because of the decline in the German population. They see the influx of refugees as an opportunity to get trained workers on the cheap.

Also, the German government has been part of the alleged ‘war on terror’. Not to give help to the desperate victims of the so-called Islamic State in Syria would have been seen as hypocritical.

Also, over the last two years, Germany has seen an anti-Islamic, racist movement under the banner of Pegida and the rise of a new right-wing populist political party, Alternative für Deutschland (AfD). This was viewed by the majority of the German ruling class as a threat to stability.

Merkel also saw the opportunity to restore her personal image and the image of Germany after her government came under massive criticisms for its role in the euro crisis.

At the same time the establishment differentiated between ‘war refugees’ and alleged ‘economic refugees’. In particular, asylum seekers from the west Balkan states were labelled as ‘unjustified asylum seekers’ (including Roma).

Pictures of desperate refugees in Hungary and the dead body of three-year old Aylan Kurdi on a Turkish beach led to a wave of solidarity from the German population for the refugees who arrived in Munich, Berlin and other cities. For a while the mood tilted in favour of refugees.

Scandalously, the state rested on civil solidarity work to care for the refugees. State infrastructure has been allowed to erode and no preparations were made for the foreseeable refugee crisis.

At the same time, the far-right and right-wing populist forces seized the opportunity to step up their mobilisations. These forces can play on social fears among the population – reinforced by existing housing shortages and rising rents in many cities.

Also, the government announced budget cuts ‘because of the refugees’ and pro-capitalist commentators demanded the scrapping of the minimum wage of €8.50 an hour for refugees.

The right-wing AfD is gaining in polls while Merkel’s approval ratings have gone down. This is a stronger phenomenon in parts of eastern Germany where Pegida has made gains.

Consciousness is rapidly changing, and in recent weeks there has been a trend against the refugees again. Within just one month, the numbers saying that Germany has more advantages than disadvantages from migration fell from 45% to 35%.

The tone of the government parties has changed again. One conservative politician after another says that there is a limit to how many people Germany can take.

A set of measures has already been agreed by the government which are meant to make deportations easier and to worsen the conditions for asylum seekers who have come to Germany. Border controls to Austria have been re-imposed.

But the situation is a real dilemma for the ruling class, reflected in tensions among the government parties. Merkel still adopts a more conciliatory tone and rejects all demands to further change asylum legislation.

It reflects the fact that there are different interests at stake and the capitalists have no solution to the situation.

2015 has seen the biggest number of strikes for many years. Some disputes were long and bitter, in particular at the state-owned railway company, Deutsche Bahn, the German Post company and among social and kindergarten workers.

However, union leaders failed to develop these disputes into a political class movement for the redistribution of wealth from the top to the bottom of society.

Yet the potential for mass resistance against the capitalist establishment was expressed in Berlin on 10 October, when 250,000 marched against the free trade agreements, TTIP and CETA, including a large number of trade unionists. SAV members found a high interest in socialist ideas, with record sales of our paper, Solidarität.

The tragedy in this situation is that Die Linke (Left Party) seems incapable of using either the strikes or the polarisation in society to build and put forward a clear strategy to fight back and undermine racism and nationalism.

Instead of turning all its fire against the established parties and capitalism, it works together with the ‘democratic’ government parties against racism, which is bred by those same parties.

However, SAV members within Linksjugend (the youth wing of Die Linke), together with others, formed BAK Revolutionäre Linke (Revolutionary Left national working group). This is a radical, socialist current within the youth wing that stands for combative, anti-capitalist policies and is now working with young people in 28 cities.

BAK RL launched a campaign which has the aim to fight for affordable homes for all, for the right to stay for migrants, against the root causes of people fleeing and to make the rich pay. This is an attempt to combine the fight against racism and the necessary solidarity with refugees, with the social issues posed and the fight against capitalism.

In recent days, under pressure from her right-wing MPs and the media, Germany’s Chancellor Angela Merkel is attempting a volte face on admitting more refugees into the country.

She jetted off to Ankara to persuade Turkey’s despotic president Recep Erdogan to stem the flow of refugees into Europe with a €3 billion sweetener, visa-free access for Turks to the Schengen area, and to “re-energise” talks over Turkey’s membership of the European Union (having recently opposed Turkey’s application).

But as one political commentator remarked, Merkel is “offering Ankara concessions Europe has no wish to make in return for actions Turkey has no intention of taking.”