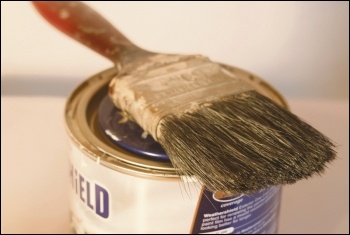 I am fairly new to the Socialist Party. I have only been a member for a year, and have recently read Robert Tressell's classic socialist novel The Ragged-Trousered Philanthropists. I was recommended the title as I am also a decorator like the characters in the book.

The sad reality is the characters are all too real to me. I see them every day on the building sites I work on.

I see older workers struggle on through ailments, trying desperately to earn enough money to live on. I see ever-decreasing standards of quality, jobs rushed just to squeeze out extra profit. I see health and safety laws and safe practices of work only applied when it suits the employers.

In general workers are made to work hard, long hours in poor conditions, to try and make a small amount of money on a tight price.

And as it is approaching winter it only gets worse. Having to work in dark, freezing cold temperatures - but still expected to produce the same amount.

Seeing as it was published in 1914 I thought it might be dated. I was completely shocked to see how it is as relevant today as it was then.

The Great Money Trick: Another World is Possible