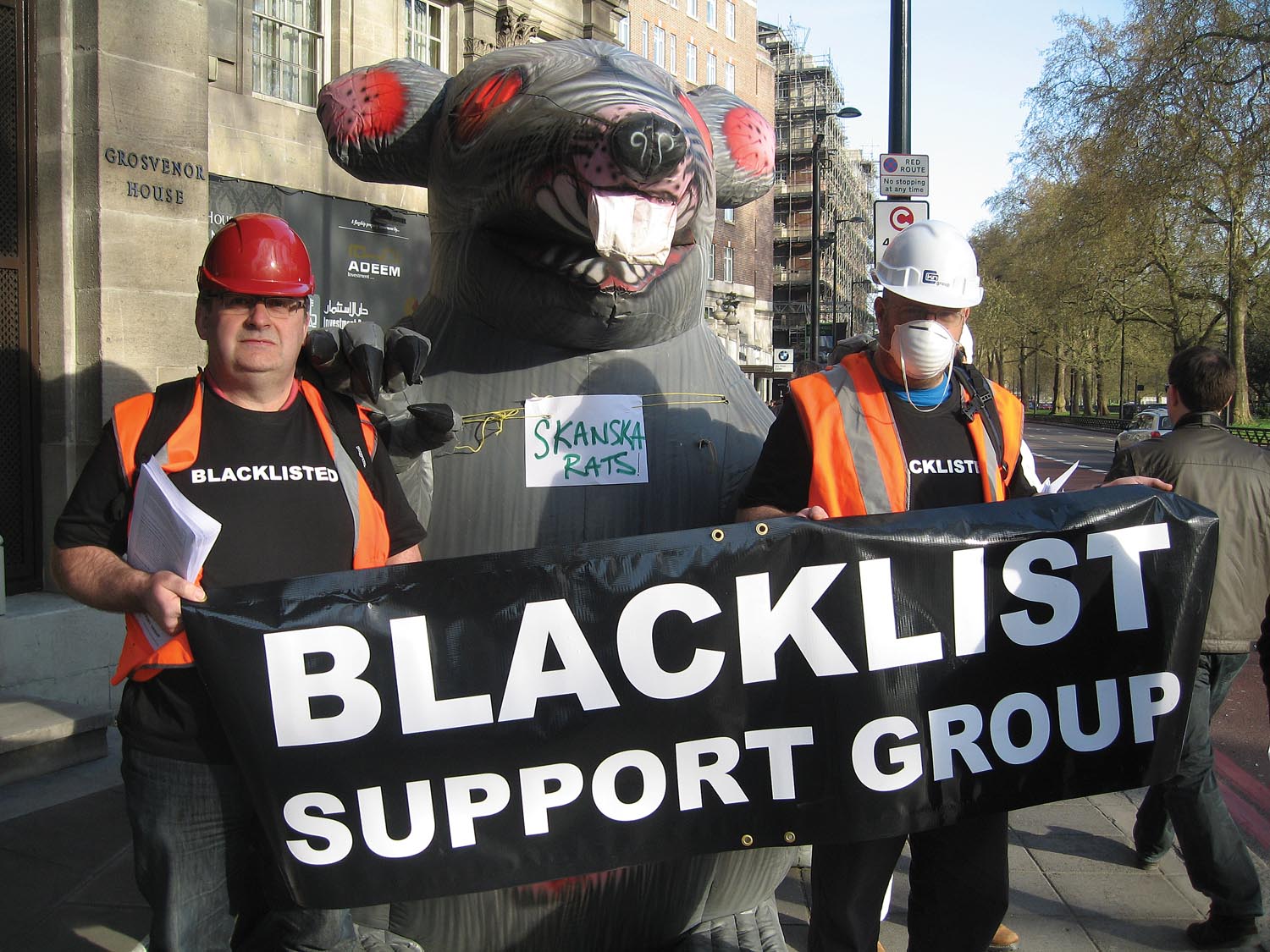 Britain’s biggest building companies have agreed to pay millions of pounds compensation to blacklisted workers. Construction unions GMB and Ucatt accepted the £250 million payout on behalf of almost 300 trade union activists who were targeted. Steve Acheson, chair of Blacklist Support Group and blacklisted electrician from Manchester commented: “For more than 40 years, they were blacklisting us with impunity. It was the hard work and tenacity of rank and file activists that has brought this human rights conspiracy into the political discourse. What has already been achieved is a massive victory for the trade union movement but the fight is not over yet. Blacklisted workers may have won compensation but this is a long way from justice.” As part of that fight the Blacklist Support Group paid tribute to the tremendous campaign by the families and supporters of the 96 football fans who lost their lives at Hillsborough saying: “The Hillsborough campaigns are an inspiration and prove that when we are steadfast in our fight for the truth, even the rich and powerful will be brought to account in the end.”

At a recent City of Leicester NUT meeting young teachers came to hear a junior doctor talk about their dispute with the government and also to get organised for coming battles against the education white paper. After listening to the junior doctor, it was striking how much teachers and doctors have in common in defending their service and dealing with a virtually impossible workload. There was strong support for joint action with the doctors and to oppose the government plans for academisation. A series of meetings will be held in the next couple of weeks to brief NUT school reps on the white paper. The battle lines are being drawn. Doctors and teachers must win.

The NSSN will hold a lunchtime meeting on how we get rid of the Tories at the conference of the prison officers’ union, POA, in Southport at the Victoria Pub, 42/43 Stanley Terrace, Southport, PR9 0DS on 10 May.