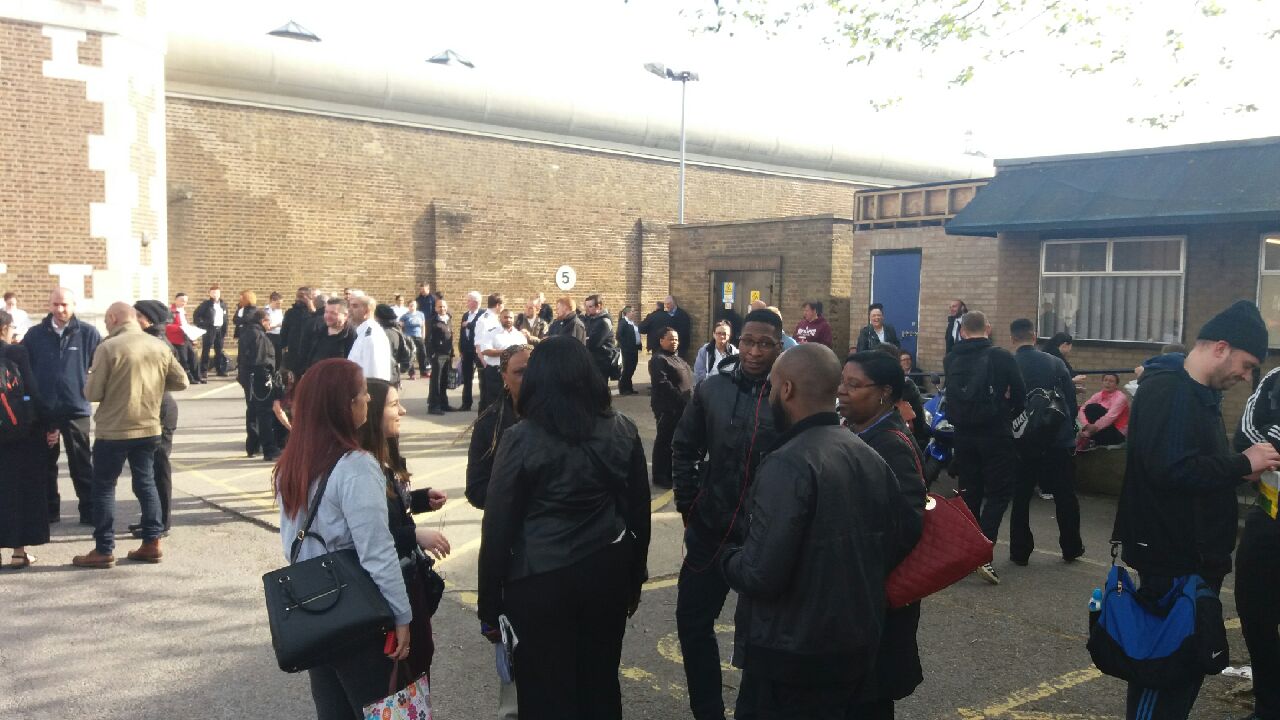 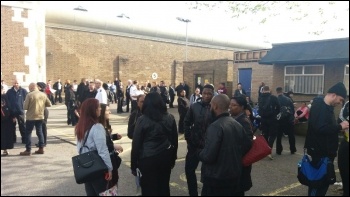 Walk-out at Wormwood Scrubs on 6 May   (Click to enlarge: opens in new window)

Over 50 workers at Wormwood Scrubs prison walked out over health and safety issues on 6 May. The Prison Officers’ Association (POA) said the move comes after recent assaults on staff, and said the jail was “flooded with drugs, mobile phones and weapons”.

Michael Rolfe, NEC member for London and South East region of the POA spoke to the Socialist: “Staff had an emergency branch meeting following a spate of incidents within the prison and general concerns of safety.

“At that meeting the staff determined that they should withdraw labour and seek assurances from the governor to try and ratify their position and their concerns. The members are very much behind their local POA committee.

“Nationally there’s been a massive spike in staff assaults and figures were revealed last week that showed another significant upturn in staff assaults, violence, prisoner self-harm, and prisoner-on-prisoner violence. The whole system seems to be imploding in on itself.”

Also Matt Clarke, chair of the POA branch at Wormwood Scrubs, thanked Socialist Party members for attending the picket line to offer solidarity: “I would like to pass on unequivocal thanks and appreciation to the Socialist Party.

“The brave staff made an exceptional personal sacrifice in an attempt to ensure safer working conditions. With the threat of a High Court injunction looming and management not recognising our concerns, the situation looked bleak but the staff stood firm.

“Due to pressure from the wider trade union movement and public support, the injunction never came. Shortly before 9pm an agreement had been reached between both parties which saw the immediate concerns of staff addressed and urgent talks arranged to discuss further ongoing issues.

“I would like to thank every trade unionist, Socialist Party member, the NSSN and of course the wider POA who contacted us with messages of solidarity and support. We could not have done it without you.”