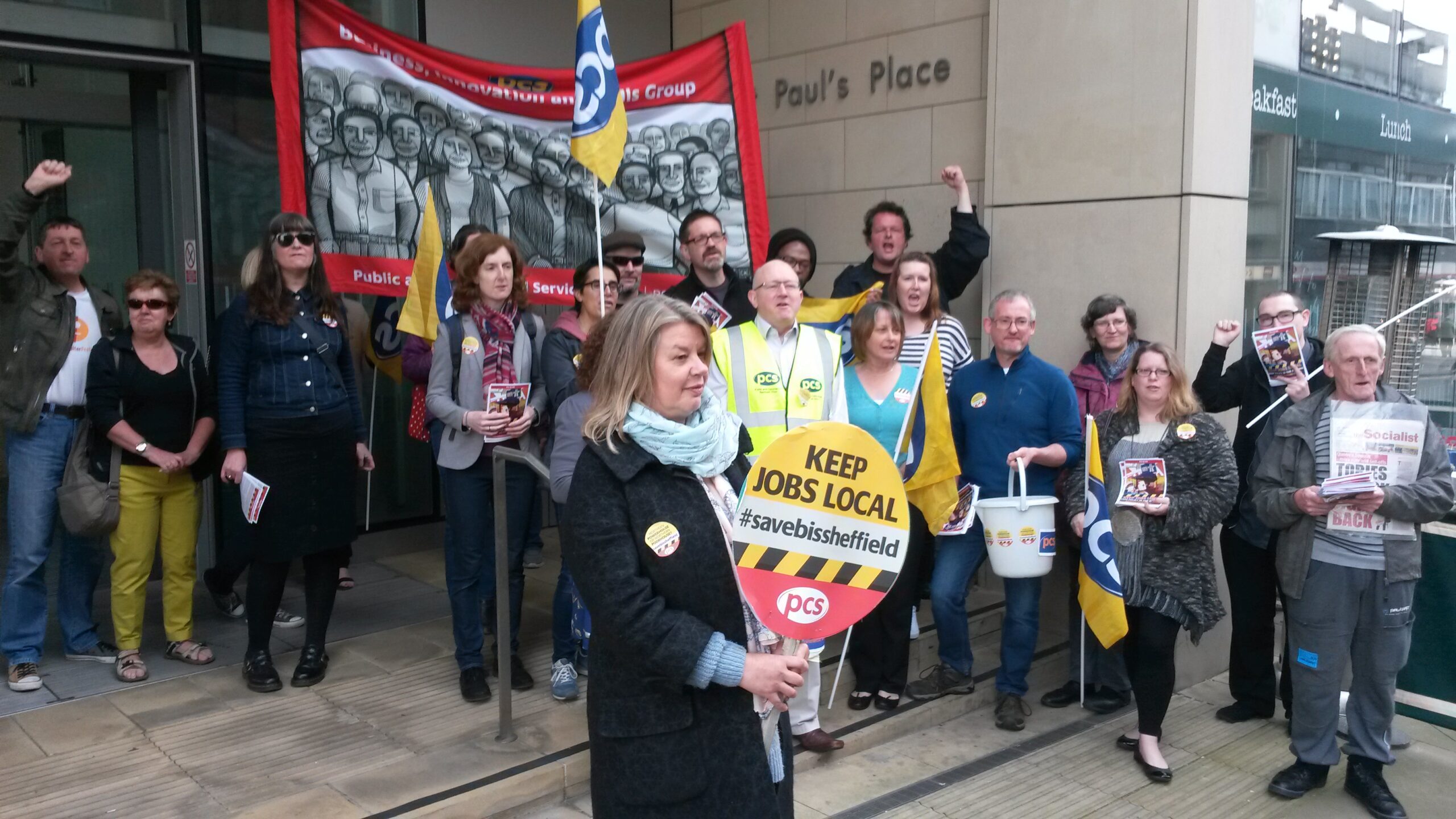 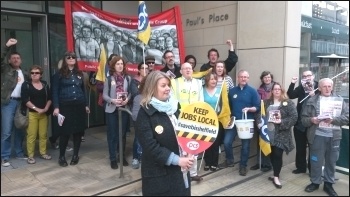 Virtually one of the last motions to be moved at this year’s conference of the PCS civil servants’ union was to give full support to the BMA doctors’ union. General Secretary Mark Serwotka called on the TUC to organise a national day of action in support of the junior doctors and the NHS.

PCS has been to the fore in resisting government cuts and attempting to bring together all public sector unions in coordinated action. For this it has been specially targeted by the Tories.

This was the first conference since the government had withdrawn ‘check-off’ (the collection of union subs through wages). A monumental campaign in getting members to transfer to direct debit has staved off financial ruin with up to 90% signing up in the Department for Work and Pensions (DWP) and the HMRC tax office and 96% in Land Registry.

This attack has been removed from the Trade Union Act for other public sector unions. PCS had won a legal victory in the courts on the eve of conference ruling the removal in DWP illegal. The union will now be looking for damages.

In 2011 the public sector pensions dispute, including the 2 million-strong strike on 30 November, was ended by the TUC, Unison, GMB and right-wing union leaderships. Then in 2013 the pay strikes fell away. Since then PCS has been continuing to lead its members against the brutal cuts.

Conference celebrated successful disputes in the last year in the National Gallery and Scottish Museums while showing solidarity to current strikes in the National Museum Wales and in the Department of Business Innovation and Skills (BIS) against the closure of the Sheffield office, led by Socialist Party member Marion Lloyd. 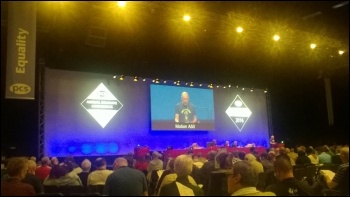 On the final day of conference, members were giving in a 230,000-strong petition against yet another drive to privatise Land Registry after PCS had defeated an earlier attempt.

But the lack of coordinated action across the public sector, especially against the pay freeze, has meant that the union has had to negotiate hard to ensure members in the DWP have safeguards in the group pay offer.

This includes significant pay rises for lower paid members but does include extended opening hours on Saturdays and evenings. DWP conference saw a passionate debate but agreed to recommend the offer for a membership vote.

As well as the industrial debates, conference saw the union grapple with the monumental political developments of the last 12 months. Both Jeremy Corbyn and John McDonnell spoke at conference. Their pledge to repeal the Trade Union Act and restore national pay bargaining was enthusiastically welcomed.

But in the debates on political strategy and affiliation to Corbyn-supporting group Momentum, delegates showed that at this stage, it is not automatic that support for Corbyn’s anti-austerity message means support for the Labour Party as it is still constituted, politically and organisationally.

Members instead want to soberly weigh up options as the struggle within Labour develops. Delegates were not convinced that the Blarite right have been decisively defeated, nor that the official left, including Momentum, have the necessary policies and organisation to defeat them.

The NEC’s motion for a review of the union’s political strategy, keeping a variety of possibilities open, was agreed rather than one calling for an immediate ballot for Labour affiliation.

Similarly, the motion to affiliate to Momentum was decisively defeated by a margin of three to one. This was also a reflection of many delegates’ doubts about it due to its retreats on issues such as re-selection, Labour councils cuts as well as reneging on its original plan to bring together anti-austerity forces both inside and outside Labour.

A Merseyside delegate explained that she and other PCS reps have been excluded from Momentum meetings for questioning the leadership’s approach.

It is also clear that among Scottish members, despite warmth towards Corbyn’s policies, there is still a legacy of mistrust towards Labour after decades of right-wing leadership which reached its nadir in the ‘Better Together’ alliance with the Tories in the 2014 independence referendum. This isn’t helped by Corbyn’s continued mistaken approach to Scottish independence.

Socialist Party members were prominent in the conference, both from the platform and the floor. Many delegates bought our paper, while £900 was raised in the collection at our fringe which was addressed by Socialist Party general secretary Peter Taaffe, DWP president Fran Heathcote and Geraint Parfitt, National Museum Wales striker.