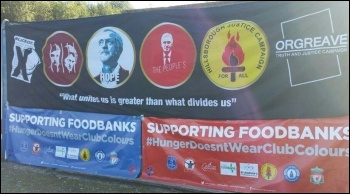 The roster of supported campaigns includes the Blacklist Support Group, Shrewsbury 24, Orgreave Truth and Justice - and, of course, the Hillsborough Justice Campaign.