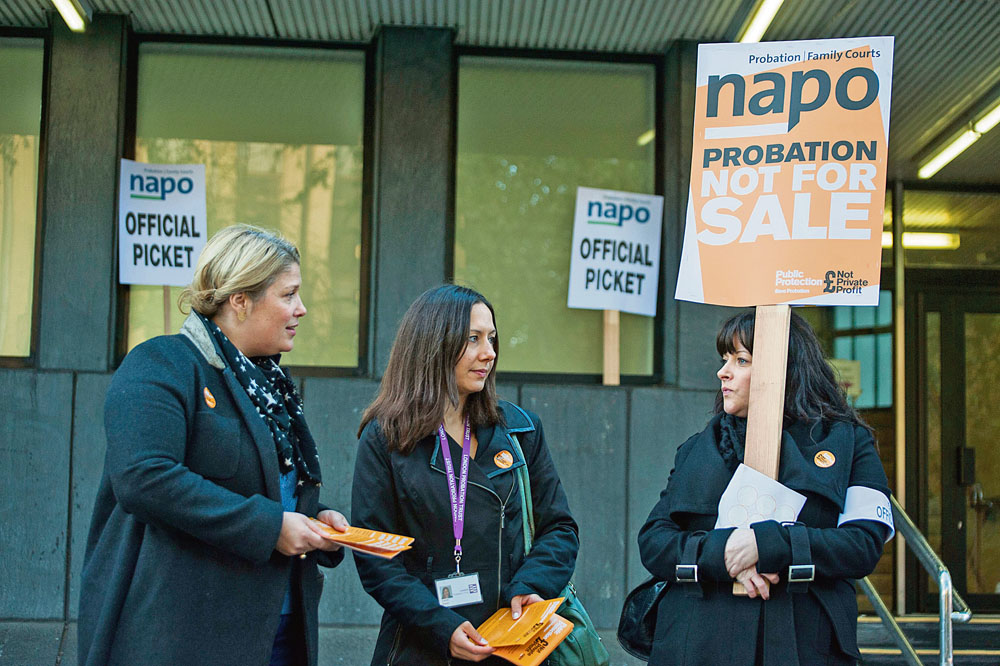 It is two years since Chris Grayling smashed up and sold off over half the probation service. While this act of vandalism has left many feeling bloodied we remain unbowed. We recognise that despair among the membership is giving way to anger as the full implications hit home. This mood can be transformed into a determined fightback if channelled correctly.

As predicted, the big business owners of the privatised Community Rehabilitation Companies (CRCs) have forced out significant numbers of staff. In the publicly owned National Probation Service (NPS) staff burnout and sickness are placing services under unbearable strain with a number of so called ‘red-sites’ relying on expensive agency workers to prop them up.

It seems clear that no part of what was once a ‘gold standard’ service is working effectively, but all those who made this disaster possible have now left and there is no plan B. Faced with this mess, what should Napo’s strategy be?

Firstly, this is no time for Napo to abandon our national collective bargaining machinery and accommodate ourselves to companies with failed business models and no future.

Secondly, we need a national campaign to back up our claim for 3% across the board pay rise underpinned by a £10 an hour minimum wage for the lowest paid and pay progression to the max within five years for all staff.

Thirdly, crippling workloads in both CRCs and NPS are unmanageable and becoming dangerous. We need a national campaign that sets limits on workloads.

We should press for a Corbyn-led Labour government to reverse the privatisation while maintaining the integrity of professional probation services, including national pay and conditions in the interim.