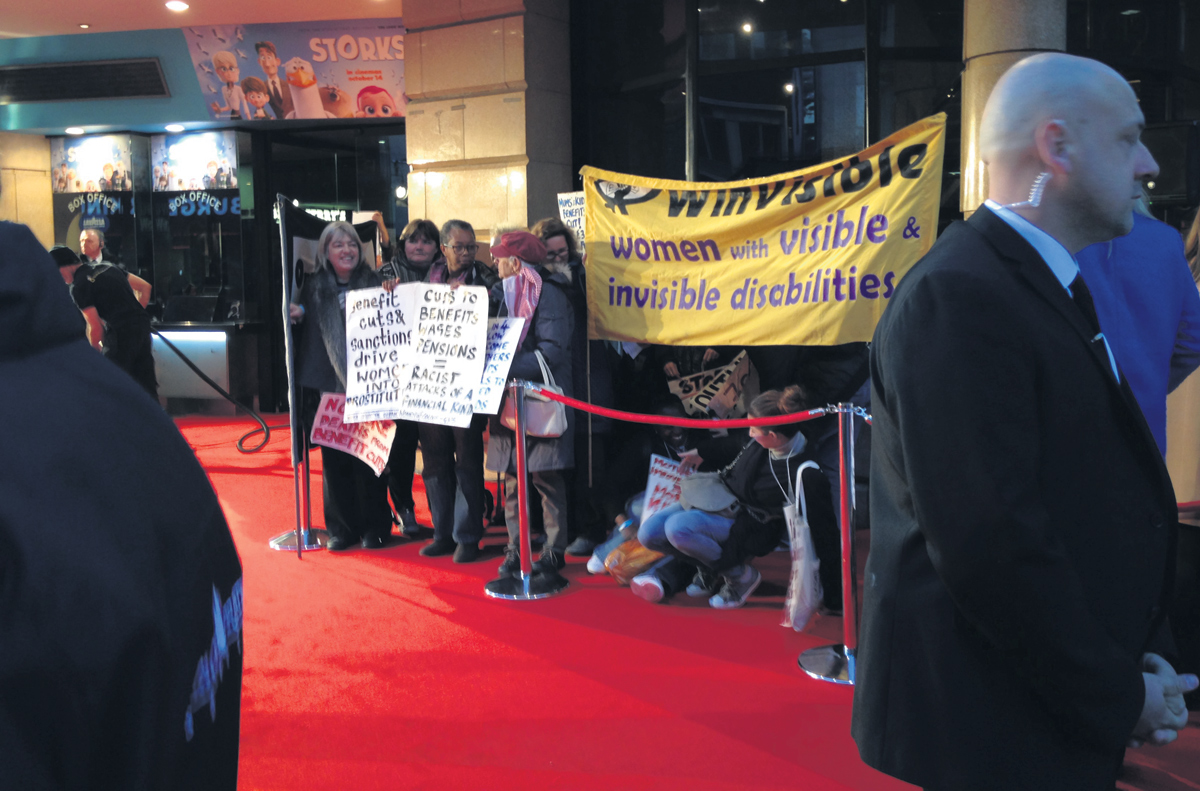 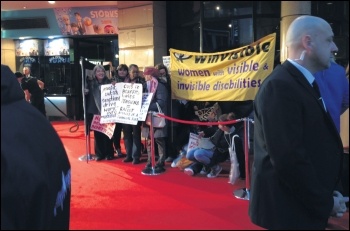 The new Ken Loach film “I, Daniel Blake” premiered at a cinema at Leicester Square, London, on 18 October. The film is about the hard life the main character, Daniel Blake, faces when he needs to access the benefit system after his health deteriorates. Protesters and campaigners who oppose the welfare cuts gathered with their banners, including one bearing the names of the thousands who have died as a result of benefit cuts and held a vigil in their memory. One said: “We are here today to talk about what happens to people in the benefit system, both sick and disabled people and also single mothers and their kids who are being sanctioned and are being forced to go to food banks. And many of us here have lost loved ones to the benefit system and have also been campaigning for many years. We are all Daniel Blake!”

They called on people to join their cause as any of us might at any time lose our job, become disabled and have to face the nightmare of the benefit system. They also chanted slogans such as: “no more deaths from benefit cuts.”