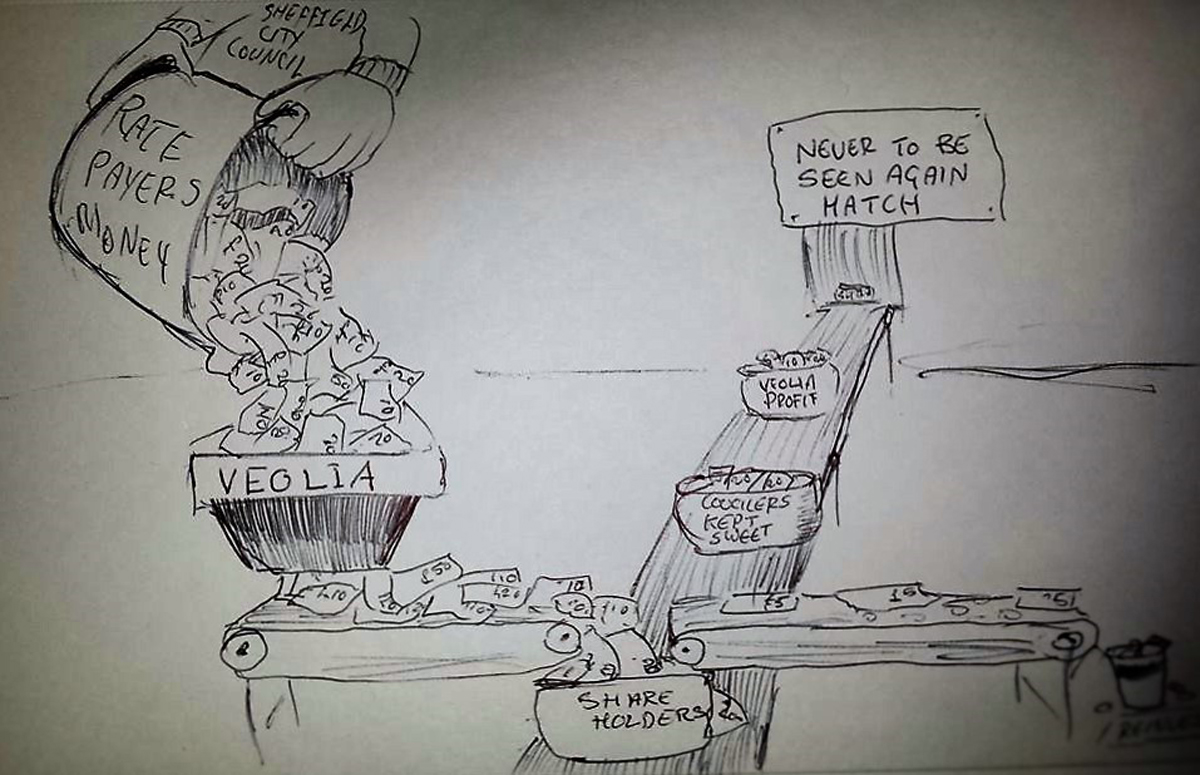 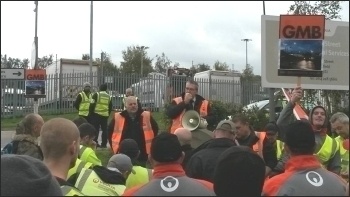 Despite Veolia bringing in scabs and agency workers from all around the country, thousands of Sheffield’s rubbish bins have not been emptied because of the city’s bin workers’ industrial action.

Around 150 GMB union members have now taken two full days and two half days of strike action in pursuit of their pay claim. 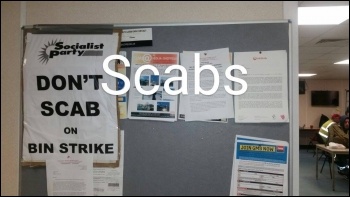 But it is the “work to management instruction” that is really causing the backlog. On the picket line today, 27 October, Michael explained: “Yesterday one crew achieved only 56% collection because if you work to management rules, then you can’t walk over grass verges, you can’t ‘ding’ [put bag from one bin into another], you can only tip one bin at once [rather than two]; and no running!”

The mood on the picket line is noticeably up, boosted by a 2 to 1 vote to reject Veolia’s latest pathetic offer, and a few more workers joining the strike. 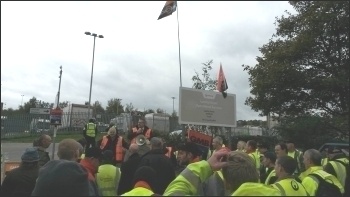 GMB officers Lee Parkinson and Pete Davies explained that the dispute is part of a bigger picture, as the Labour council – in implementing Tory government cuts – wants to cut what it pays Veolia. It wants to “sweat the assets”, which means get less staff to do longer hours, start earlier and work later.

If the bin workers win a victory over pay, they will be more confident to resist future attacks on terms and conditions. In fact, the GMB and workers are increasingly demanding that the council should strip Veolia of the whole waste management contract and bring the service back in-house but with the union and workers having control over the process.

As Michael said: “I used to love this job when it was council because you could take that extra bag, give folk a hand, even stop for a cuppa with customers on the way round. That’s because it was a public service. Now I hate it because all Veolia are interested in is the literage and we end up just running behind wagons.” 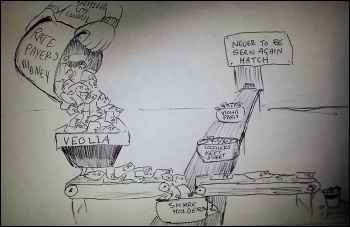 This version of this article was first posted on the Socialist Party website on 27 October 2016 and may vary slightly from the version subsequently printed in The Socialist.