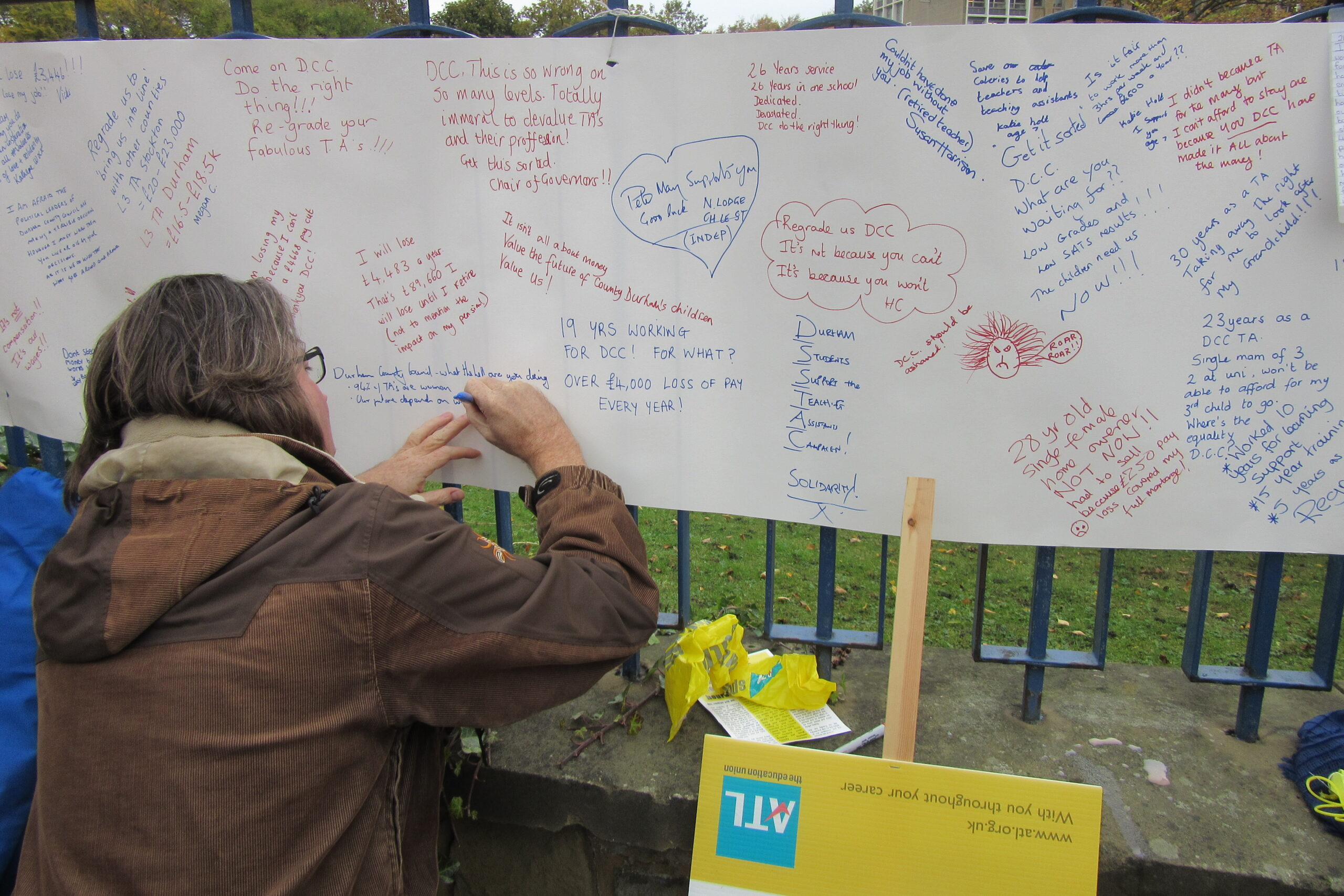 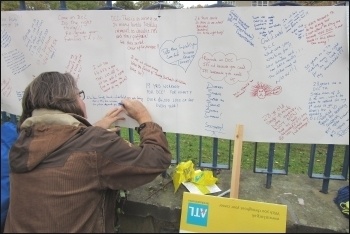 Around 400 very noisy TAs (teaching assistants) staged a protest outside Durham County Hall. Every car, bus and lorry that passed them blasted its horn in support.

Across the north east there is growing anger against Durham’s Labour-controlled council which is planning to sack 2,700 TAs, then rehire them on 23% less pay.

In a recent ballot 93% of the TAs voted in favour of strike action.

Commenting on this vote Jan Clymo said: “I’ve worked for the county for 27 years. I don’t want to strike, but I feel we’ve been pushed into a corner where we don’t have any choice. The mood today is excellent. We’re getting excellent solidarity from the public. We’ve been outside County Hall all this week. After a silent vigil lasting four days, today’s a noisy rally, showing we are not going away!”

Megan Charlton, secretary of County Durham TAs activist committee, told us: “Durham TAs are among the lowest paid in the country – even before this pay cut.” Durham council is blaming ‘single status’ legislation for this attack. However Megan pointed out that the council could regrade TAs in order to get around this legislation.

There is also huge frustration at Unison. There is a mood that alongside fighting against Labour councillors, TAs are also having to do battle with their own union. The last TA meeting was organised by Unison but TAs commented that it “felt like a hostile takeover bid”. Unlike previous meetings, which were organised by the TAs, Unison gave no time for questions from the floor. Also, Unison does not recognise the TAs’ organising committee.

This workforce, predominantly women, is clearly prepared to fight. Lisa Turnbull commented: “For us it doesn’t matter how many times Durham City Council try to knock us down – we will come back fighting!”