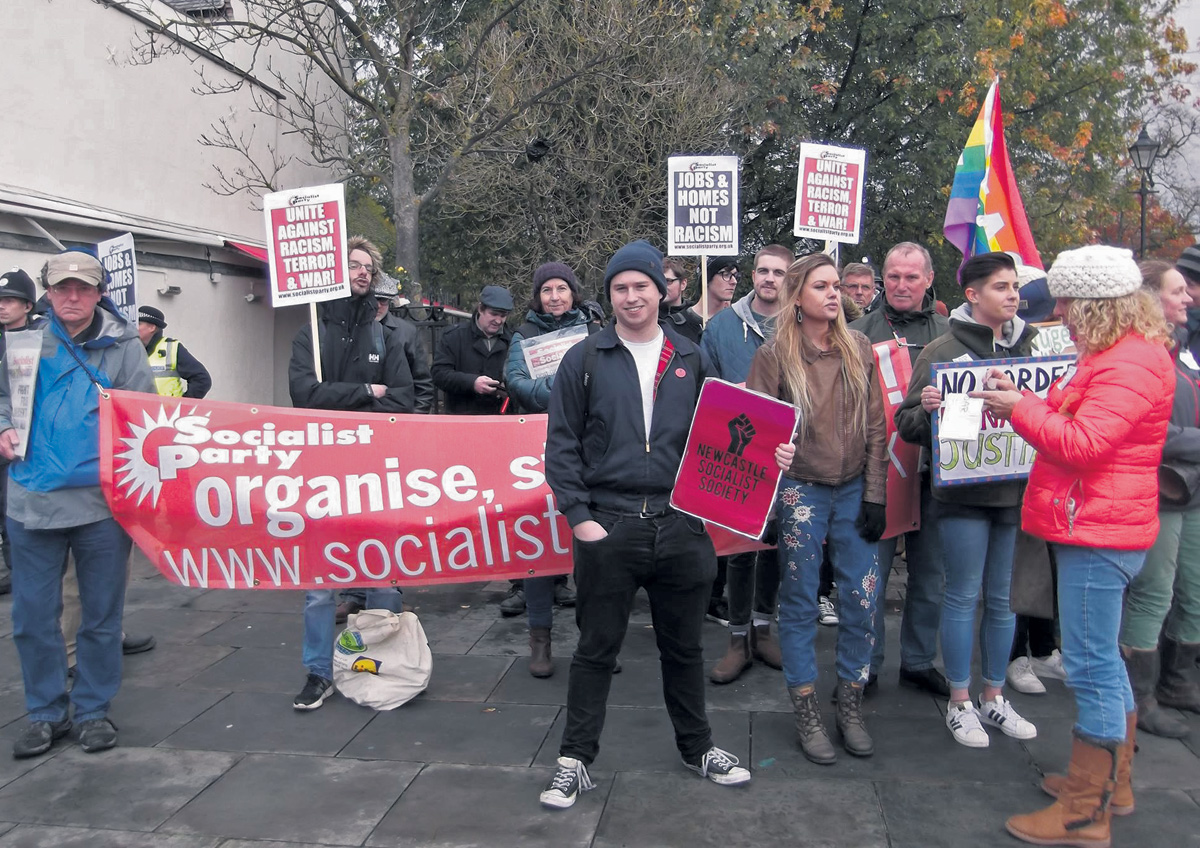 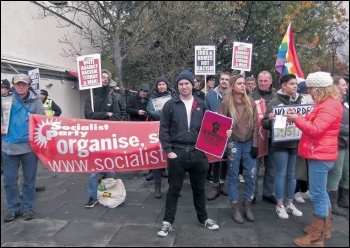 Socialist Party members and other demonstrate against the far right in Darlington, 5.11.16, photo by Elaine Brunskill   (Click to enlarge: opens in new window)

We engaged with people to counter the myth that immigrants, refugees and Muslims are to blame for society’s problems. To counter ‘divide and rule’, we put the blame with Tory austerity policies and outlined an alternative of fighting for socialist policies of a £10 an hour minimum wage, job creation, council house building and investment in the NHS and public services.