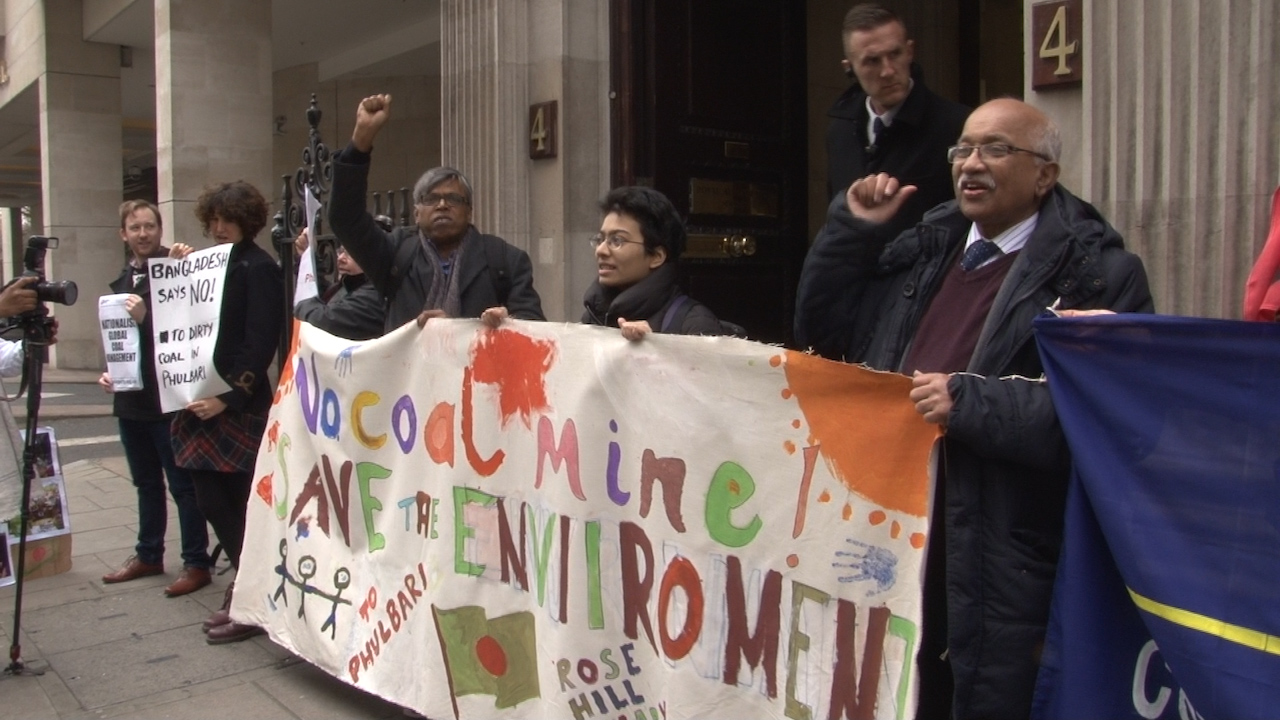 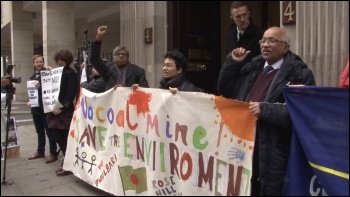 Protest outside the AGM of Global Coal Management Resources on 15 December, London, photo by P Mason   (Click to enlarge: opens in new window)

Picket of bosses of exploitative coal project in Bangladesh

For the last ten years the Phulbari Solidarity Group and the Committee to Protect Oil, Gas and Natural Resources in Bangladesh has organised protests in central London outside the AGM of the coal mining conglomerate

Also very vocal on the protest were activists from Foil Vedanta, Plane Stupid, the Coal Action Network, Reclaim the Power and the London Mining Network. 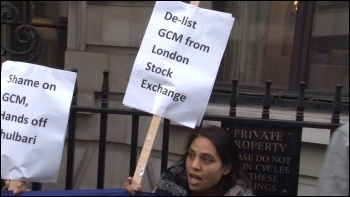 Protesters chanted “CGM, blood on your hands”, referring to 2006, when a 80,000-strong demonstration against GCM’s plans to develop open-cast mining in Phulbari, in Bangladesh’s Dinajpur district, was attacked by paramilitary forces. Three protesters died and 200 were injured.

The Bangladesh government withdrew the mining licence in the wake of this atrocity but GCM appears to be continuing its attempts to raise funds for this operation. CGM is selling shares in the name of the Phulbari project in London. 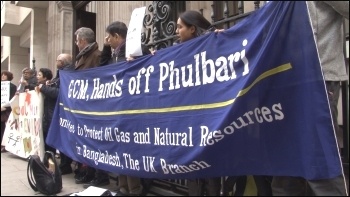 The mining operation would displace hundreds of thousands of farming families, pollute water sources and destroy the local environment – all in the name of profit.

The Socialist Party campaigns for the nationalisation of big energy firms like GCM under democratic workers’ control and management, ending the profit motive which drives these voracious companies to exploit the neo-colonial world at the expense of the local populations.