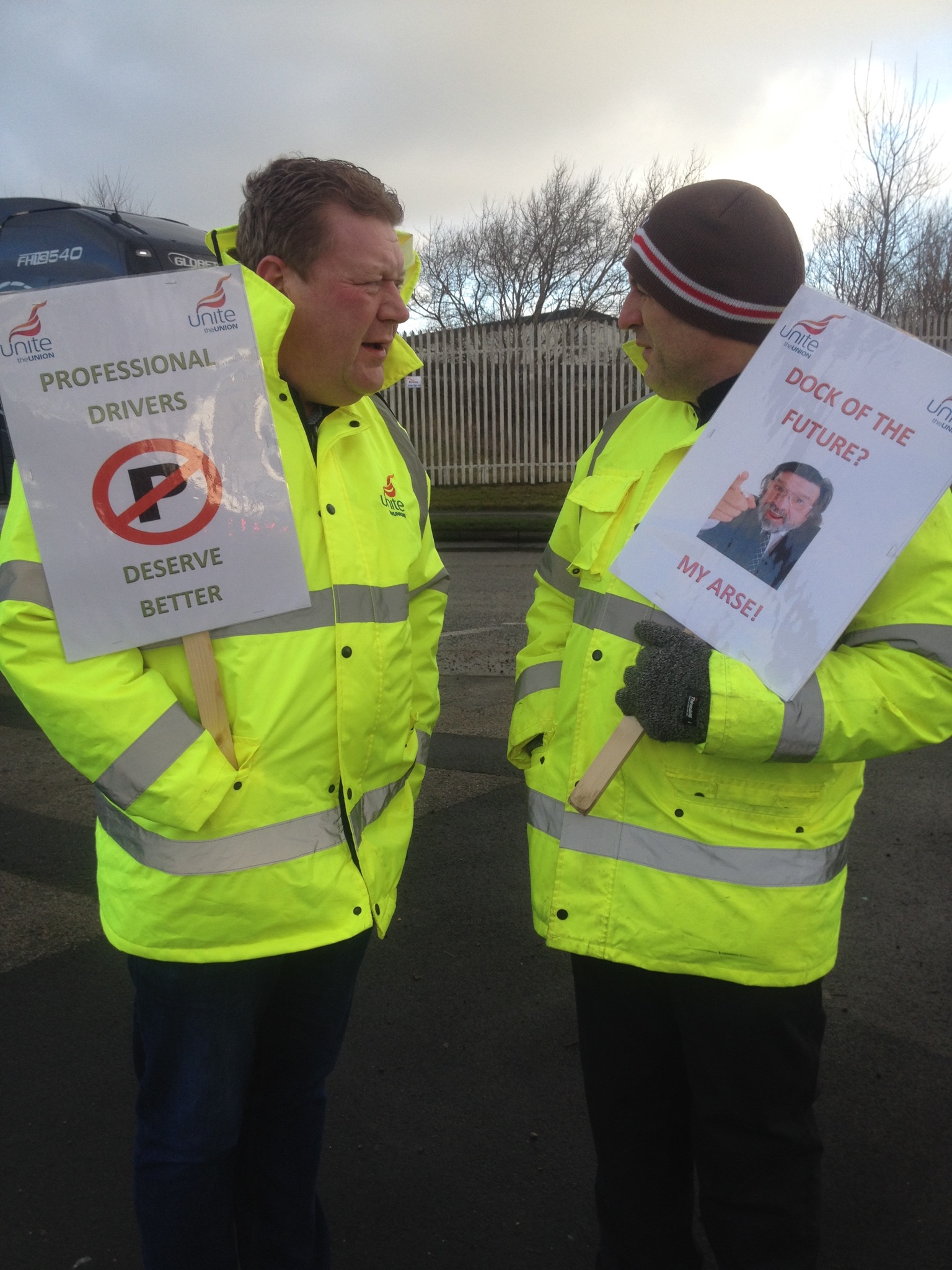 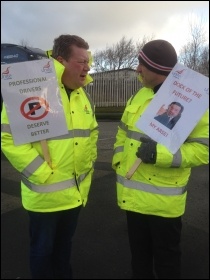 About 75 dockers and drivers protested on 13 January at the port of Liverpool about the facilities available to them, or the evident lack of.

Unite the Union is helping organise this dispute and has asked huge multinational company the Peel Group to “provide proper facilities for their dockers and to provide a dedicated area, with toilet or rest facilities for visiting drivers”.

There are more than 800 members of Unite, dockworkers and lorry drivers, who are affected by the totally inadequate facilities at the port facility terminal.

Unite says: “Peel Group have failed to act on any of the requests and failed to provide basic facilities”. Peel ports are claiming to build “a dock for the future”, and construction on a new super cruise liner terminal in the city centre is about to begin.

The brand new ‘Liverpool2’ deep sea terminal also opened in November 2016 costing £400 million, proof that these companies spend plenty of money on ways to increase profitability while leaving workers to fend for themselves.

Facilities for self-employed drivers who have to park miles away are appalling at best. The sandwich vans are only available until 3.30pm, Monday to Friday – no consideration has gone into providing for the important workers keeping trade flowing around the clock. There are no direct facilities for women drivers or dockers.

The Socialist Party and the local trade union movement are supporting the fight against companies unwilling to provide basic conditions for workers while making millions of pounds.