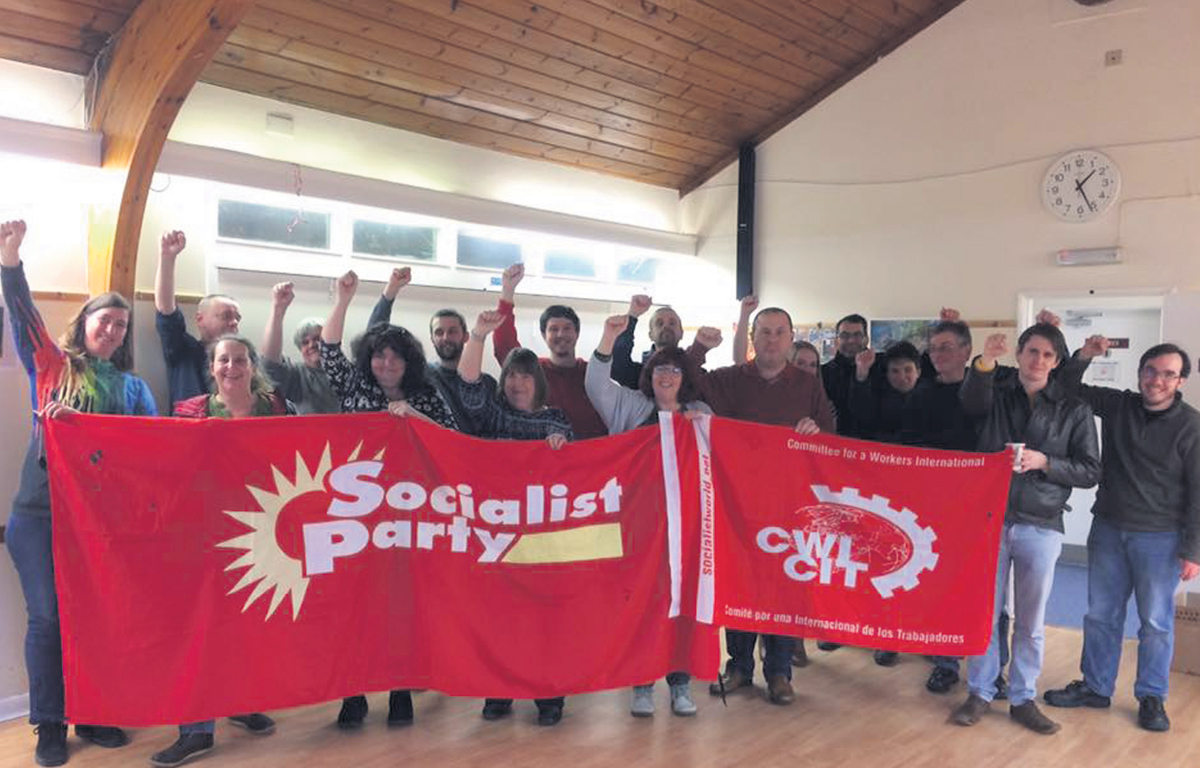 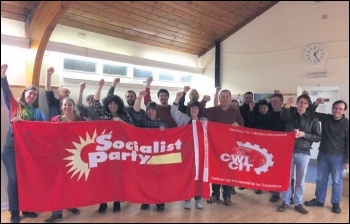 Some of the members at the Socialist Party Southern regional conference, photo by Nick Chaffey   (Click to enlarge: opens in new window)

Over 40 members of the Socialist Party from across the North West left our regional conference feeling confident about our analysis of tumultuous events in Britain and worldwide and the socialist solution needed.

This was reflected in the excellent finance appeal by Salford branch treasurer Sally Griffiths, which raised over £425 for the fighting fund at the conference in Liverpool on 4 February.

Judy Beishon, national executive committee member, introduced the discussion on Britain, tackling the issues of Brexit, Jeremy Corbyn and the future of the Labour Party, and the need for struggle to save the NHS.

After a report back from the Trade Unionist and Socialist Coalition (TUSC) conference, we broke up into workshops which discussed a whole range of issues from the role of women in the Russian revolution to lessons of last year’s Spanish student strike, to the role of branch secretaries and finance organisers.

The conference ended with Judy reporting on the inspirational work of our sister parties around the world. Members in the North West are now more enthused to build our forces in 2017.

Members from seven branches met together in Basingstoke on 5 February to discuss political developments in Britain, introduced by editor of the Socialist paper Sarah Wrack.

The discussion focussed on the key questions of Brexit and its impact on consciousness among workers and young people, the challenge facing trade union activists in resisting austerity, and how the battle in the Labour Party will be resolved.

New members attended, including Sal from Malawi who joined at the conference. We made important plans for the weeks ahead and an excellent financial appeal from our regional treasurer, Sue Atkins, raised £483, reflecting the confident and determined mood.

We are looking forward to an exciting year, building the fightback and the Socialist Party.