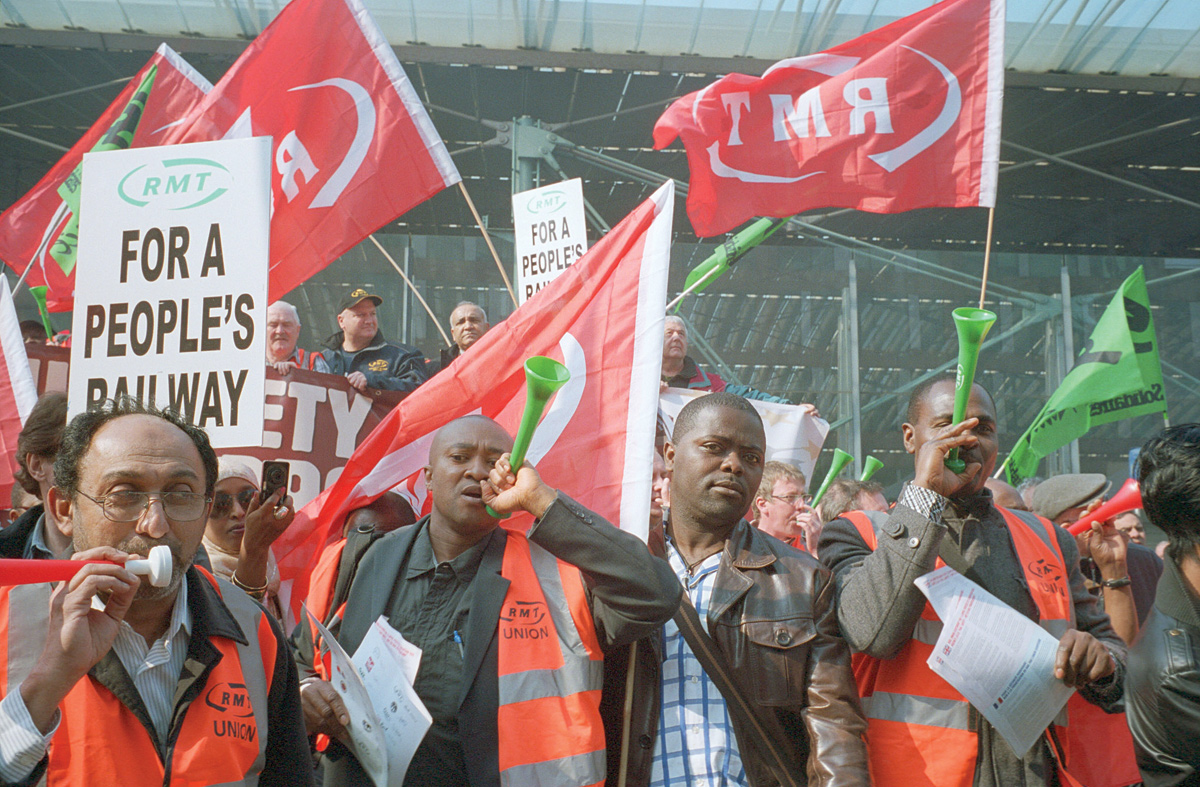 Further strike action across the country’s rail network will take place on 8 April as the transport union RMT continues to fight the further introduction of driver-only operation (DOO) on Southern Rail, Northern Rail and Merseyrail. The strike will come days after drivers on Southern Rail again rejected an offer from the leadership of their union Aslef to settle the dispute.

Aslef should now approach the RMT to plan coordinated action. The disputes with all three train operating companies are centred on the RMT’s campaign to keep guards on all trains. Contrary to much media reporting, the dispute cannot be reduced to who operates the automatic doors on trains.

The action on 8 April, which will hit Merseyrail on the day of the Grand National horse race, will be the second such action since workers on Merseyrail and Northern Rail joined Southern guards in taking strike action against DOO.

Many train drivers, who are overwhelmingly organised in Aslef, have refused to cross RMT picket lines, especially on Merseyrail. All credit is due to these drivers and to Aslef members who rejected an earlier miserable sell-out deal cooked up by the leaders of the Trade Union Congress (TUC) and Aslef to settle the drivers’ dispute over DOO on Southern Rail, before rejecting another on 3 April.

RMT guards fight on. The dispute on Southern Rail is a year old and guards have not given in, in spite of the government backing Southern to the hilt with taxpayers’ money to try and defeat RMT’s resistance.

This fight deserves the full support of the TUC, yet the RMT was excluded from talks between the employer, Aslef and the TUC. This should offend every trade union member in the country.

The very idea that the TUC should intervene to undermine a strike in this way is outrageous. Trade union branches should be passing resolutions to their own national executives calling on the movement to speak out against this TUC intervention and to support RMT guards.