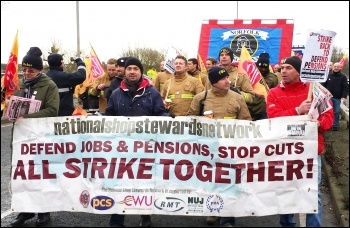 It is open to all trade union and anti-cuts campaigners.