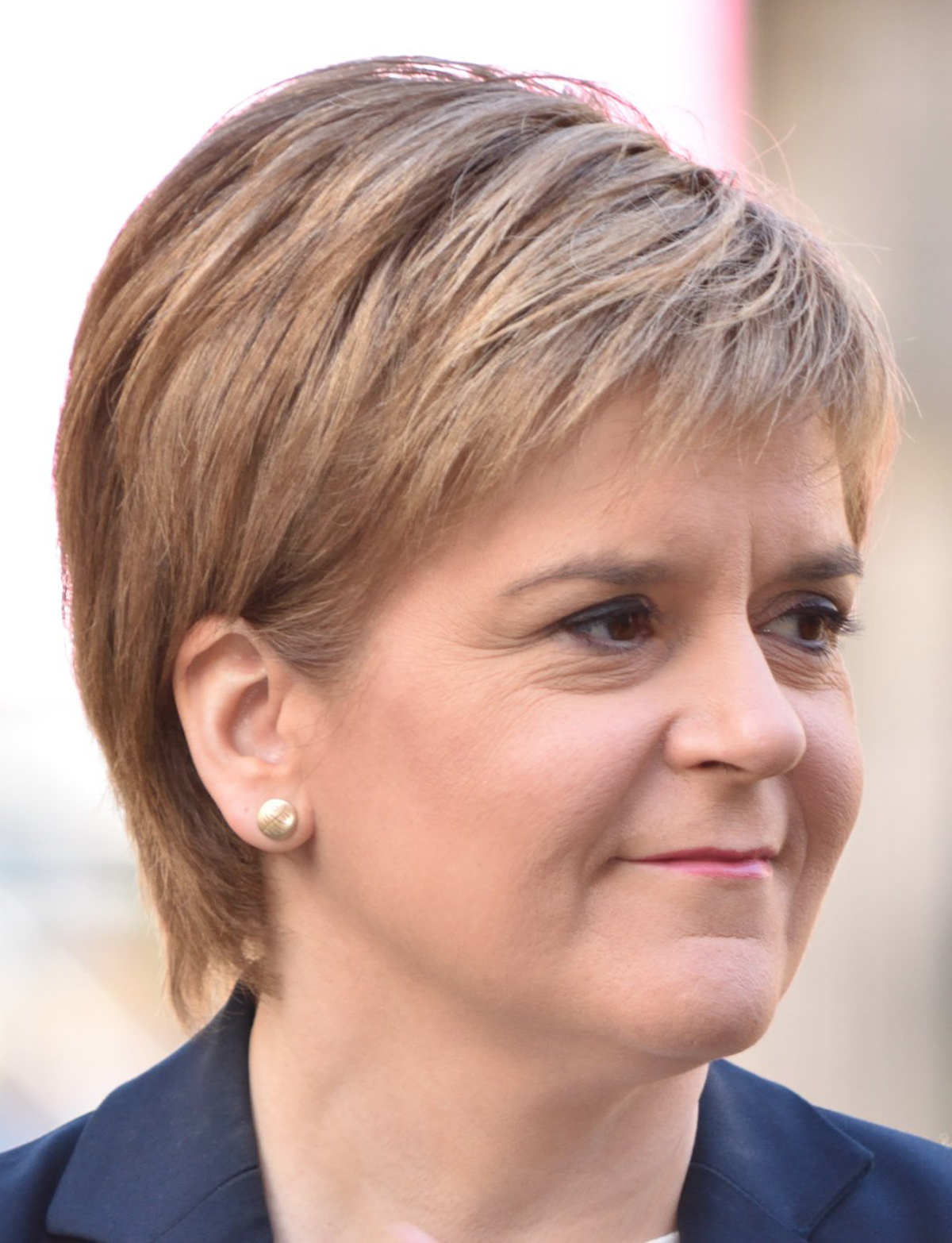 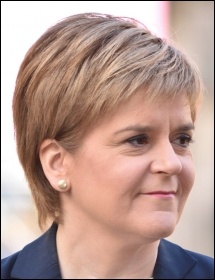 Nicola Sturgeon’s SNP lost votes after failing to deliver on anti-austerity rhetoric – the Tories were the biggest gainers, followed by Corbyn’s Labour, photo by Kenneth Halley/CC   (Click to enlarge: opens in new window)

The biggest loser in this election, aside from Theresa May, was the Scottish National Party (SNP). In a stunning contrast to the 2015 landslide when Nicola Sturgeon’s party won 56 of the 59 available seats, the SNP lost 21 seats and 500,000 votes.

Paying the price for failing to deliver on their anti-austerity rhetoric and facing huge polarisation on the national question (independence), their vote fell from 50% in 2015 to 37% this time. Former SNP leader Alex Salmond lost his seat, as did their deputy leader Angus Robertson, both to the Tories. In all, the SNP lost 12 seats to the Tories, three to the Lib Dems and six to Labour.

As following the Tory gains in the council elections in May this year, there has been much comment about the Tory revival in Scotland – with its share of the vote in Scotland increasing from 15% to just under 29%.

Their MP gains, however, were in north-east Scotland, Perthshire, Stirling and the Borders, etc, which were traditional Tory areas up until 1997. In the main these are rural, more affluent and conservative areas where the Tories and the SNP have battled it out for decades.

Ruth Davidson’s Scottish Conservative and Unionist Party had one policy in the campaign – “no to a second independence referendum”. They have successfully captured a significant part of the anti-independence bloc by portraying themselves as the most effective vehicle to protest against the SNP’s call for a second referendum.

Yet again, Scottish Labour and its Blairite, anti-Corbyn leadership also attempted to make opposition to independence their main policy platform and, as a result, failed to make the recovery that was possible.

Nevertheless, there were significant swings to Labour in working class areas in Glasgow and across the West of Scotland where Corbyn’s left and anti-austerity message had its greatest impact. Indeed at the start of the campaign, Labour was on only 18% in the polls in Scotland but ended up with 27%.

Had Scottish Labour modified its disastrous opposition to independence and campaigned on Corbyn’s anti-austerity platform, it could have doubled its MPs. For example, Labour failed to defeat the SNP by only 74 votes in Glasgow East and by 60 votes in Glasgow South West. The modest increase in seats from one MP to seven and a 3% vote increase compared to their wipe-out in 2015 could have been much greater.

No one was more shocked by the surge to Labour than the right-wing Blairites who have actively attacked and attempted to sabotage Corbyn since his election to the Labour leadership in 2015.

Many of them refused point-blank to have any reference to Corbyn in their election material. In Scotland, Blairites Kezia Dugdale and Ian Murray did not even show up at Corbyn’s rally in Glasgow.

A vital task now for Jeremy Corbyn is to proceed with the completion of the only partially finished revolution that is needed to transform Labour into a real left, socialist and anti-austerity party.

Socialist Party Scotland campaigned in support of Corbyn’s manifesto – although we pointed consistently to the need to adopt a far more sensitive approach on the national question. As a minimum to defend the right of the Scottish people to self-determination and to accept the right to a second independence referendum when there was a majority in favour of one.

Corbyn and the Labour left could, as we do, defend the unity of the working class across Britain through a voluntary socialist confederation, while supporting an independent socialist Scotland. In addition we demanded that Labour councillors stop voting for cuts to jobs and services.

However, the momentum towards a second referendum on independence has been checked by the scale of the SNP losses. At this stage, Nicola Sturgeon is unlikely to be keen to pursue ‘indyref 2’ unless and until there is a decisive change in the mood around the national question in Scotland.

This general election campaign has introduced socialist ideas to a new generation. That is enormously positive. It has also given a glimpse, however, of how far the capitalists would go to try and sabotage any attempts to introduce policies in the interests of the many not the few.

The hostility Jeremy Corbyn faces in opposition is only a pale shadow of how the ruling class would attempt to derail a Corbyn-led government.

To prevent this will pose the need for far-going socialist measures including nationalising the major corporations and banks that dominate Britain’s economy. This would allow a socialist government to begin to manage the economy in a planned way under democratic workers’ control and management – that really would be “for the many, not the few.”