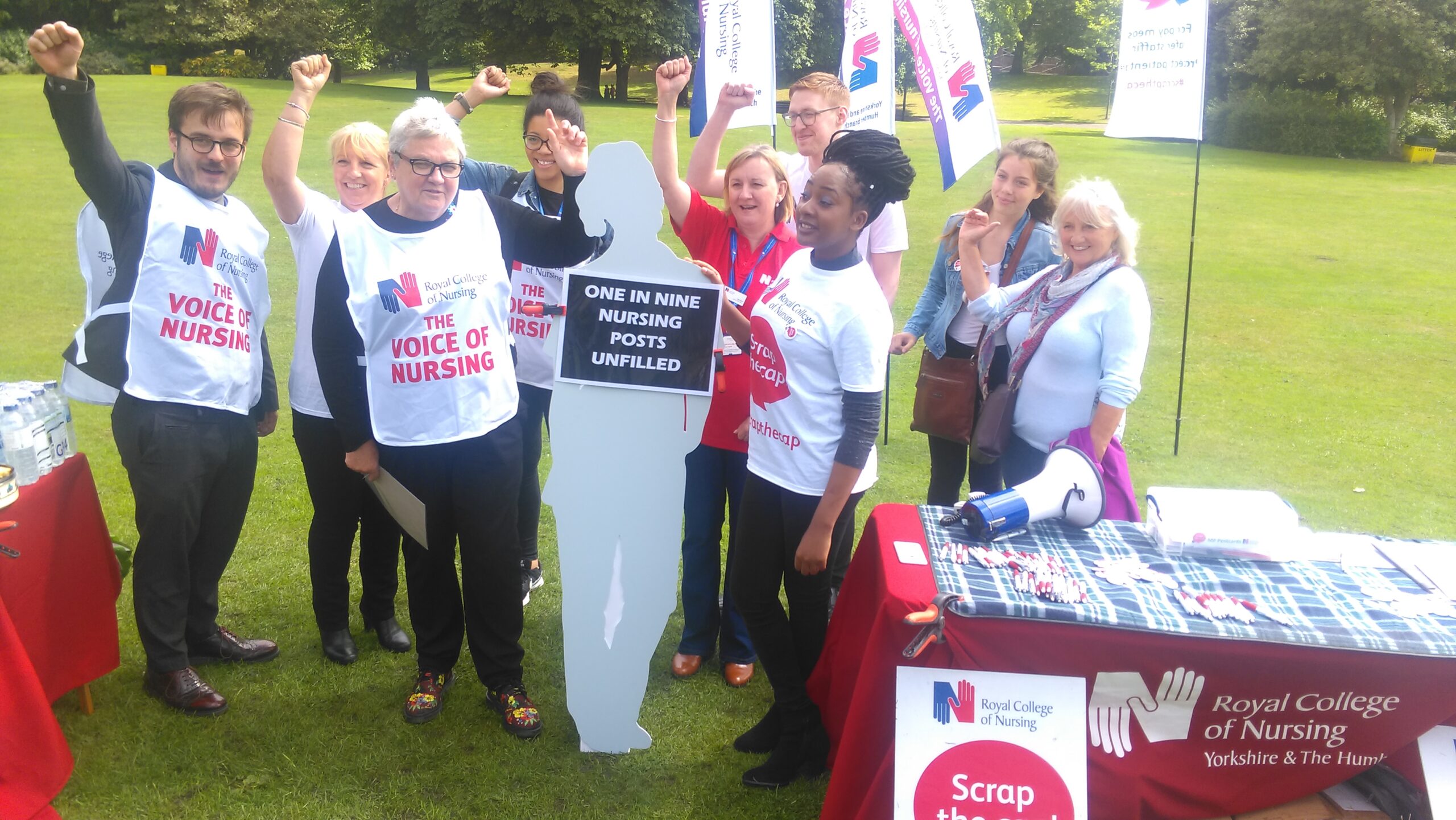 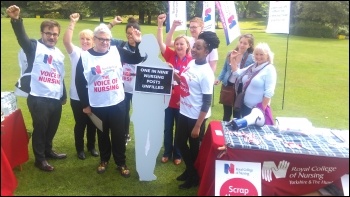 Rain put paid to the picnic part of the Royal College of Nursing (RCN) “Summer of Protest”, but did not dampen the anger of nurses at the Tory government continuing pay cap.

As part of a national “Scrap the Cap” day of protests, RCN members gathered in Sheffield to demonstrate their anger at getting no real pay rise for seven years and a real terms cut in wages of 14%. This protest comes only two days after official NHS figures show a 17% increase in unfilled nursing posts in the last year.

“There is a perfect storm engulfing nursing. We are angry at cuts in NHS funding which make nurses fear for the safety of patients. Morale has never been so low, there are more leaving the profession than joining. There are 40,000 unfilled nursing vacancies across the NHS, 3,000 in this region alone.

“The pay cap stands in the way of filling posts. In an indicative ballot, 91% of RCN members voted to support industrial action to scrap the cap. If the Summer of Protest doesn’t shift the government, then the RCN will go to a formal legal ballot in autumn.”

This is hugely significant because the RCN has never taken industrial action before, indeed it was strictly forbidden in its constitution until a rule change in 2010.

Unison, Unite and other NHS unions should join together with the RCN to coordinate ballots for strike action linking up with the rest of the public sector trade unions, against the Tories’ 1% pay cap.