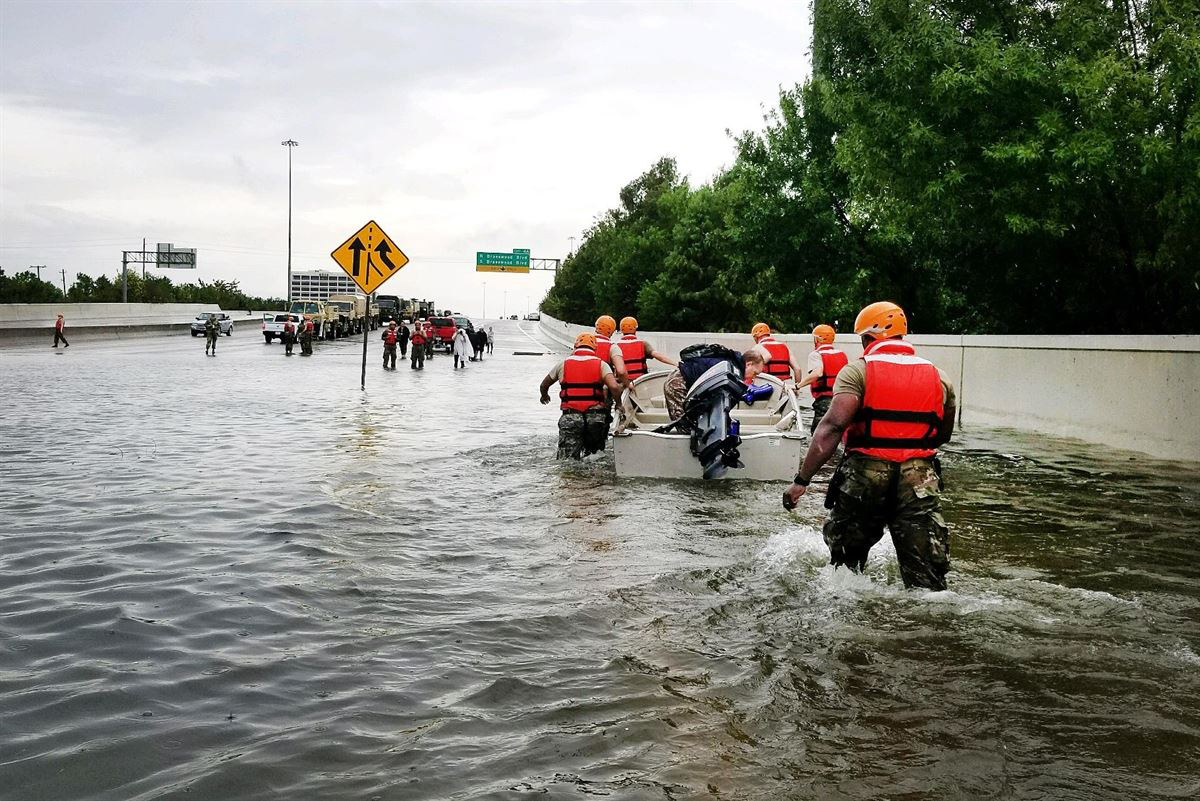 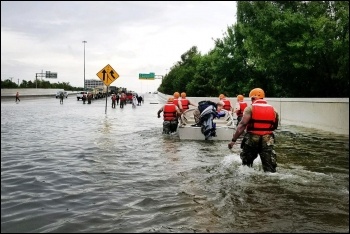 A toxicologist for the Environmental Defence Fund “expects a million pounds of toxic chemicals will be released around Houston just as a result of the storm and floods. Many of them are carcinogenic”.

When the waters rose and trapped people in their homes, it became clear that government and non-profit organisations’ rescue efforts were woefully inadequate. The entire Texas National Guard was not called out until several days after the disaster began. Authorities even failed to provide enough cots and bedding for evacuees, relying instead on the generosity of ordinary Houstonians less impacted by the storm.

Thousands of ordinary working people spontaneously leapt into action to pull their neighbours from the flood waters. The New York Times reported that “airboats, jet skis, motorised fishing boats have rushed to the aid of people trapped in their homes, steered by welders, roofers, mechanics and fishermen wearing shorts, headlamps and ponchos. The working class, in large part, is being rescued by the working class.”

As the true scale of the crisis becomes clear, the mood for urgent action is likely to grow. The first concern will be making sure that the people of the Gulf Coast get the help they need to survive and rebuild. It is the working class, people of colour, and the elderly – who often don’t have the immediate means to evacuate or rebuild their lives – who are suffering the most.

We also need to demand a massive public works programme paid for by taxes on the rich to rebuild the dams, reservoirs, roads, bridges and other important parts of the region’s infrastructure wrecked in the storm – and to ensure everything is built to withstand future intense storms.

The Trump administration and Republicans in Congress have completely opposed addressing the breakdown in the climate. The main obstacle is ‘Big Oil’ which blocks any meaningful discussion or action on the breakdown of the climate.

Houston’s total lack of zoning and its developer-friendly policies allowed huge parts of prairie lands to be paved over with concrete, leaving nowhere for rain to go but inside people’s homes.

The alternative to the chaos caused by capitalism and the greed of billionaires is socialism – democratic planning to replace the profit-driven anarchy of the market system.

We need to build the socialist and workers’ movement around the central demand of taking the top 500 corporations into public ownership under the democratic management by working people. This would lay the basis for establishing a rational, democratically planned society based on meeting the needs of people and the planet, not profits.