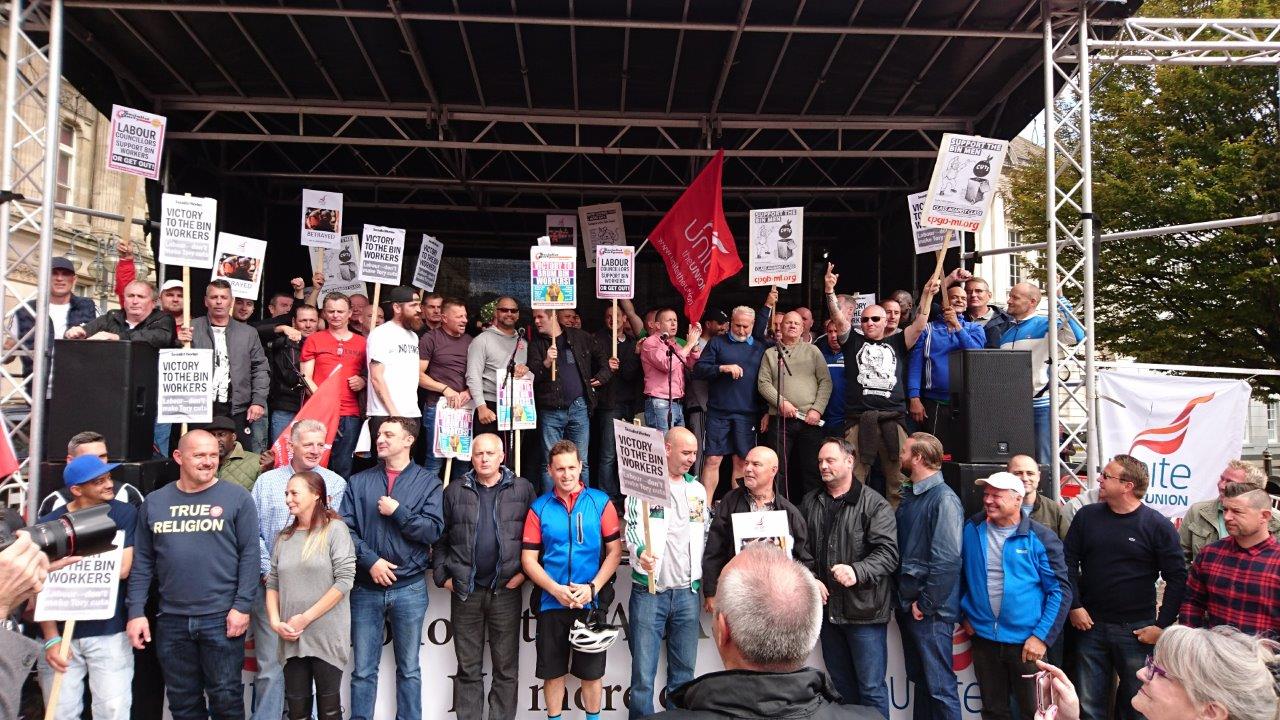 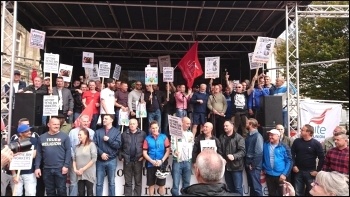 Several hundred supporters, including a large contingent of bin workers, assembled on 17 September outside the very building in Birmingham where the decision to issue 113 redundancy notices and deprive some workers of up to £5,000 a year was made by the Labour council.

The rally was followed by the announcement that the bin workers have voted overwhelmingly to continue the strike with a 92% vote on a 72% turnout.

From the start there was a carnival atmosphere with a local band playing. In addition to local trade unionists there were workers from Gloucestershire, Mansfield, Greenwich Unite and a delegation of Southampton bin workers.

There were supporting speakers from civil servants’ union PCS, the National Education Union, Bromley Unite who are battling against the complete privatisation of every council service, and the local Asian community.

Rob went on to explain that this strike is important to council workers across the country and that other councils will take encouragement if the bin workers lose.

He also said: “We want Labour councillors to stand up to the Tories, not act like them. If they do act like them, Jeremy Corbyn should immediately withdraw the Labour whip from them.” 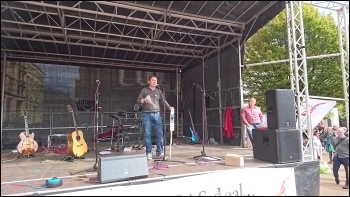 This dispute has now assumed national importance as shown by the appearance of Len McCluskey, Unite general secretary, at the rally.

Len gave the support of the whole of Unite and promised that the solidarity of Unite members and others will ensure victory and that they will not stop the action until they have won.

He warned the council that Unite has a strike fund of £36 million, so the bin workers won’t be starved back to work.

Howard Beckett, Unite assistant general secretary, is responsible for the dispute and gave a powerful speech which included several references to the need for Stella Manzie, chief executive of Birmingham council and architect of the attack on the bin workers, to be sacked.

Plus, she has previously more than doubled her salary by claiming massive expenses. He said that the attack on the bin workers isn’t where the council will end, it is where they will start.

The council is now upping the stakes by threatening to stop pay completely if workers continue with their industrial action.

They clearly see this as a landmark dispute, and want this to be an example for other councils to follow. This is shaping up to be a long and bitter dispute.

The rally was a great way of bringing the supporters and bin workers together but wider action involving other council workers allied with solidarity from the whole Birmingham working class may be necessary for a successful conclusion.