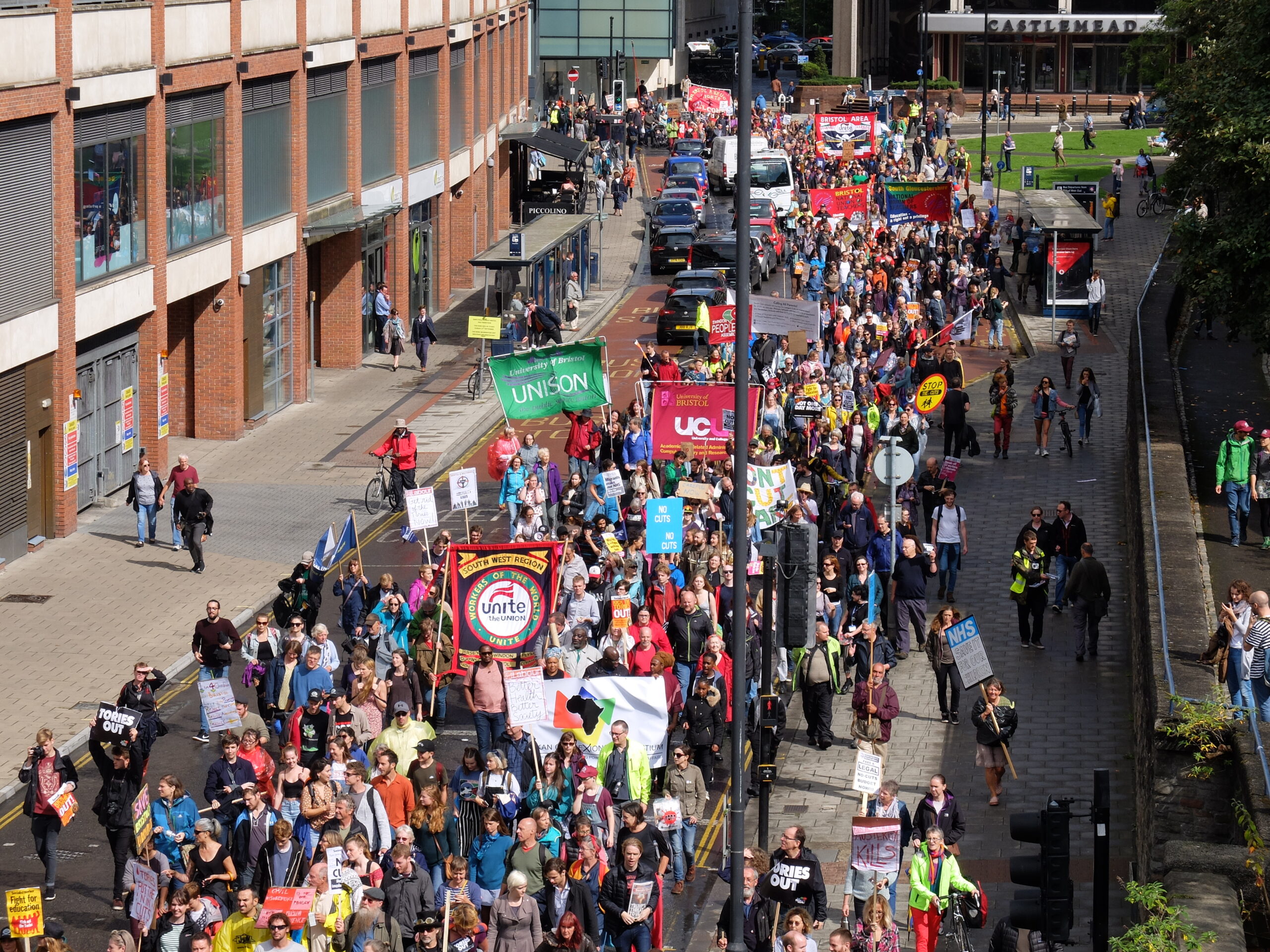 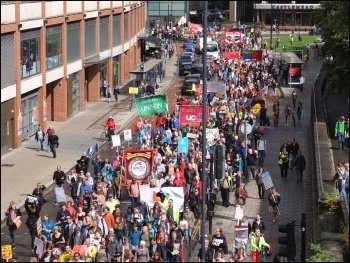 In a bitter twist to the pantomime tale of Dick Whittington, a poor man who went to London and ended up becoming Lord Mayor, Bristol Labour Mayor Marvin Rees travelled there on 12 September to seek an audience with the Tories and bring back extra money for the city and ended up with… nothing.

Just three days before, he spoke angrily about the injustice of austerity to 6,000 cheering demonstrators. But this was little more than a cynical attempt to avoid any responsibility for making subsequent eye-watering budget cuts.

Bristolians hoped that in going to tackle Tory treasury minister Sajid Javid, Rees would emerge with an assurance that Bristol would receive emergency budgetary assistance that could end the threat to close the majority of the city’s libraries, public toilets and other essential services, save the jobs of the 50% of school crossing personnel facing redundancy and stop the further smashing of disability provision.

Instead, not one Tory cabinet minister had time to see him, not even a junior minster, just as Socialist Party members and anti-cuts organisation Badaca had warned would be the likely outcome. Why should Tory ministers give the time of day to Mayor Rees and his entourage, when they know in advance that he has no real intention of standing up to them by mobilising workers across the city around a no-cuts budget based on using reserves and borrowing powers?

Linked to a mass campaign across other Labour local authorities, the ten or 12 mayors and leaders of the big Labour cities would be able to stop the Tories in their tracks. Weak and enfeebled and lacking the judicial power in any case to challenge no-cuts budgets, May would be left as impotent as when ten DUP MPs came calling, only this time such a determined stance could deal a fatal blow to her government and propel Labour into office.

Rees has tried to defend his capitulation, with the council website once again untruthfully insisting a no cuts budget “is not something that is within the power of the council to implement.” Yet Bristol councillors used £11 million of reserves this year to balance the budget! The council has nearly £200 million in reserves (most of which is usable for setting a no-cuts budget.)

The local government sectoral conferences of Unite, Unison and the GMB unions, and Wales TUC all support councils setting no-cuts budgets as part of a strategy to defeat Tory austerity.

Even within the Labour Party the message that it’s time to fight is now hardening. At a recent Bristol local campaign forum meeting, in the face of opposition from the Labour Deputy Mayor Craig Cheney, the following motion was passed by 16-12:

“17 libraries, precious services for adult dementia and disability services, neighbourhood groups, parks, lollipop crossings and public toilets are all avenues that ensure equality. We oppose these cuts categorically. We are proud of our services and we want them kept as they are, within the council’s jurisdiction and not tendered out to charities or businesses. We would like our Labour mayor and Labour councillors to suspend the £4.7 million cuts to Bristol services right NOW by using reserves or their borrowing power: people’s lives are in danger.”

As this year’s budget-setting process begins, this message will grow louder and be taken up more and more insistently. For Mayor Rees, for the Labour councillors – many who are opponents of any fightback, anywhere, and in any period – and indeed for the Labour Party nationally, the time for quietly passing the buck by blaming the Tories and then carrying out the butchering of our local services is coming to an end.