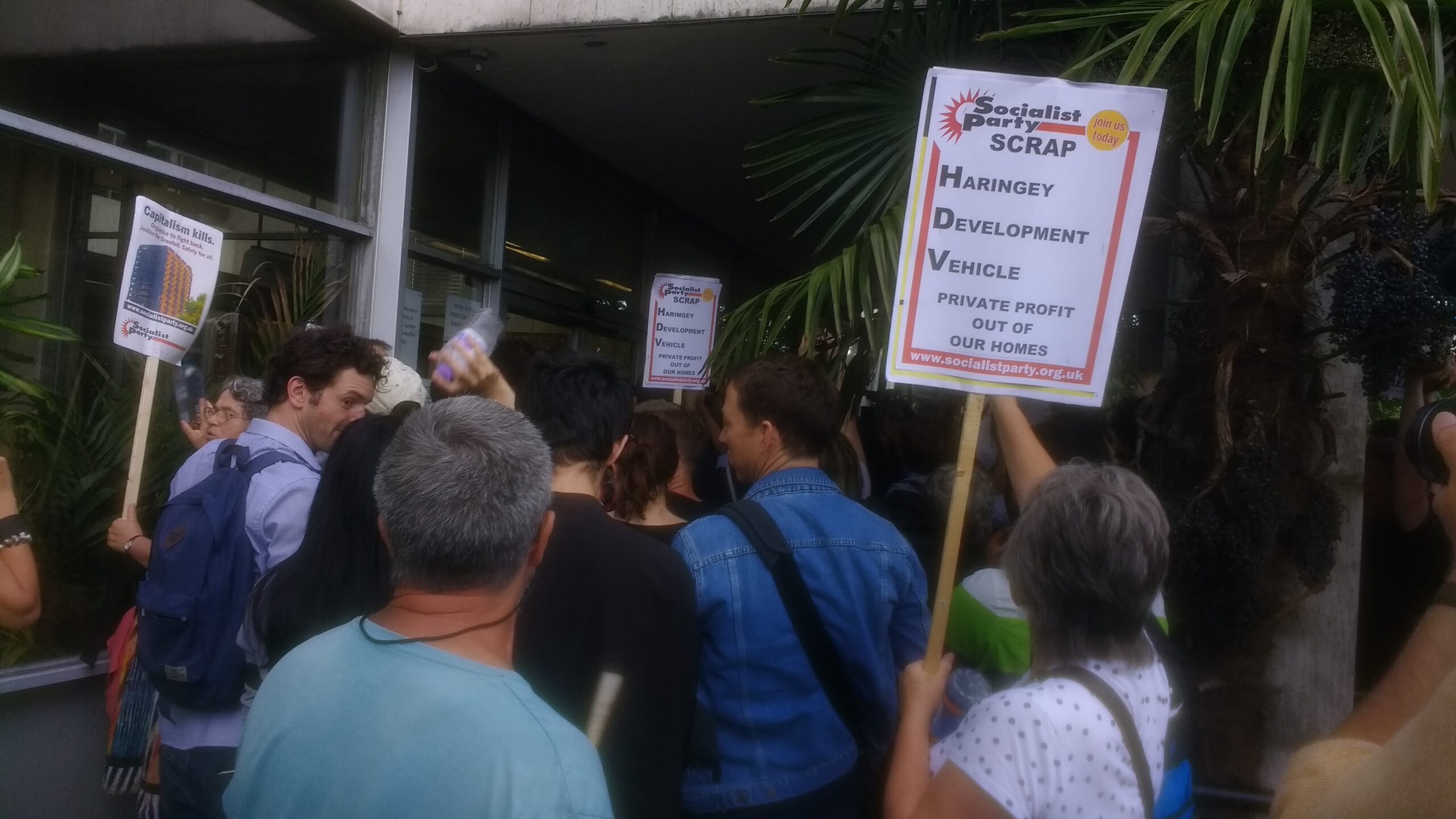 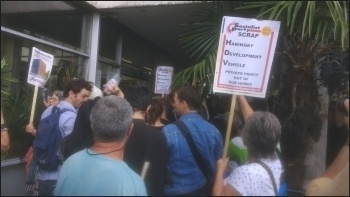 Around 600 people marched through the streets of Haringey, north London, on 23 September to oppose the council’s Haringey Development Vehicle (HDV).

As well as local opposition, a legal challenge has now begun. This could have a positive outcome but to rely exclusively on this would be a mistake. That’s why it is important to ensure that all Labour council candidates for the 2018 elections are clearly opposed to both the HDV and further cuts.

We have a duty to explain that these forces are unrepresentative, unreliable and cannot be a solution to the problem – which is why we raise the idea of standing independent candidates.

Had they appeared openly and defiantly in support of the demo, it would have delivered a very public blow to the council’s social cleansing plans. While tweeting and posting their opposition is important it is also important demonstrate on the streets with those who have built this campaign.