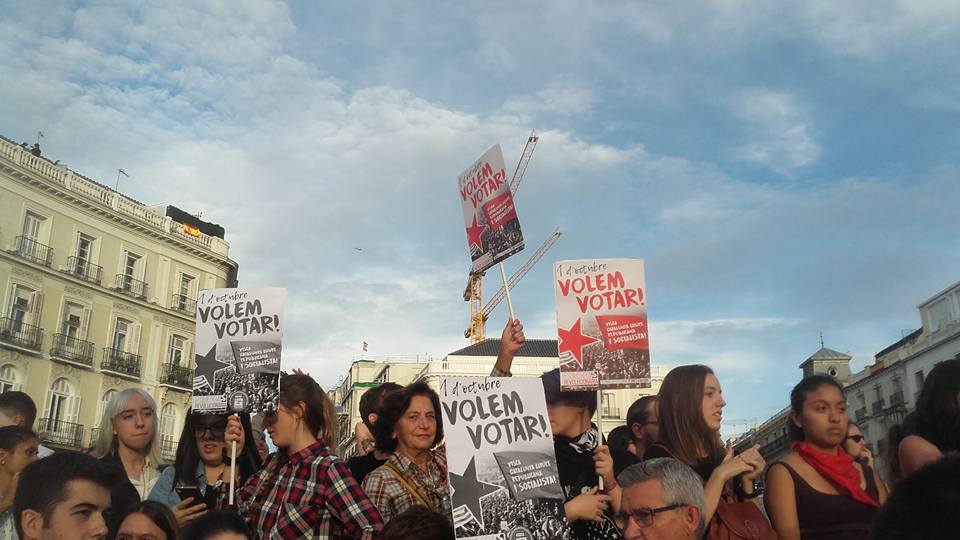 Mick Barry, a member of the Socialist Party’s Irish sister party and of the Irish parliament, has been in Catalonia as an international observer to the struggle and the repression.

Here we print extracts of the regular updates from his Facebook page ‘Mick Barry TD’. 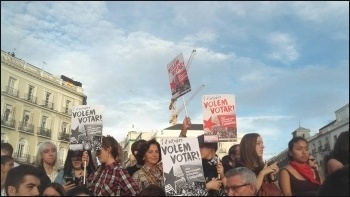 This demonstration in Barcelona is absolutely massive. Young people from the age of 12, 13, 14. We’ve just had scores of Barcelona firefighters arriving to protect and steward the demo. They got a massive cheer from the crowd…

They’re also saying no to cuts, no to evictions, yes to jobs – real jobs – and no to the rule of the rich, Rajoy, the bankers and the 1%.

I was at a school in the north of Barcelona at 8am this morning, an hour before polls were due to open. Already there were up to 700 people from the local community gathered to protect the school from the violence of the police.

This afternoon we travelled out to villages and towns north of Barcelona. In one town already at 4pm 70% of those entitled to vote had cast their ballot.

As a parliamentary visitor from Ireland, when I’ve arrived in these schools, it’s been “thankyou” it’s been “democracy,” it’s been shaking hands and rounds of applause. The dignity and determination of the people to vote really has to be seen to be believed.

We’ve just heard that the leader of the British Labour Party Jeremy Corbyn has criticised the silence of his own government – he might as well criticise the silence of all European governments. But it’s not to them we look to for a solution, but to the people.

I am with a group of 200 young people. They are touring the city. They are standing outside coffee shops and chanting until they close their doors. They are erecting barricades on the motorways. Other groups in other parts of the city are doing the same thing too.

There is a real determination to close down this city. It is quite quiet, most workplaces seem to be shut and the streets are far from full…

Smaller demonstrations are happening all around and where the main demo is set to take place in two and a half hours, already 100,000+ have assembled.

There are streams of workers flooding into the streets around Barcelona’s city centre.

As this movement develops, and in facing down incredible Francoist repression at the hands of the Spanish state, the working class of Catalonia are discovering their strength.