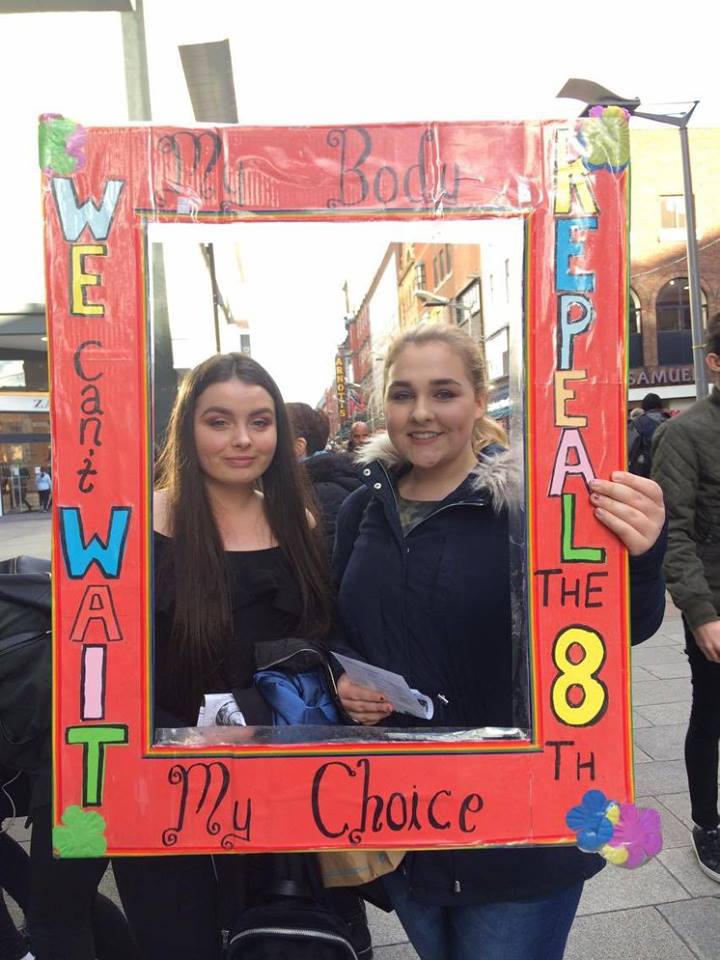 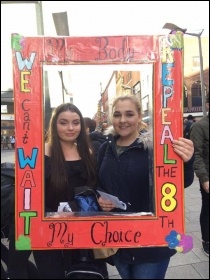 Campaigning for abortion rights by Rosa in Ireland   (Click to enlarge: opens in new window)

As Northern Ireland and the Republic of Ireland have not yet afforded the right to legal abortion, Leeds Socialist Students placed this particular group of women at the forefront of the protest.

Amy spoke of the need for a more progressive approach by the Labour council in Doncaster towards other relevant issues, such as domestic violence.

Both Tanis and Amy spoke of the struggles undertaken by Irish women in their search for a legal right to abortion.

It is possible to travel to Britain to receive treatment. However, the NHS only covers the cost of abortion for Northern Irish women, and not for women travelling from the Republic of Ireland. Thousands of women have to pay out of their own pockets to receive treatment.

This right is fundamental. Leeds Socialist Students extends its solidarity not just to the women suffering across the water, but to women all over the world who have not yet been afforded this right.