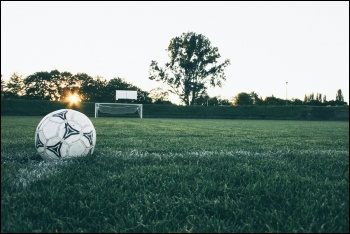 Consultation will shortly be ending on the proposals by Leeds council to build a new academy on the Fearnville (King George VI) playing fields.

This would represent a vital loss of recreational space to the community, as well as increasing traffic in an area with already poor air quality and vulnerable to flooding. At present the fields are held in a trust which would require the council to get a change in their use, so the current consultation focuses on this issue.

With the recent collapse of Wakefield City Academy Trust, many local parents and residents are apprehensive about a new academy being built in an area with five academy secondary schools that are already underperforming. Essentially the proposals mean that the council will fund building the school, then hand this over to an academy chain we have no real local community control over.

The council's consultation document points out there will be a secondary school places shortage in the area in the near future and that the Department for Education's current guidelines for building a new school require it to be a free school or academy.

But that doesn't mean the council should just accept the diktats of the Tory government which endanger our children's future education. The council should instead be challenging this, mobilising the community, teachers and trade union movement locally.

At community events some local residents have also put together a petition against this and set up a Facebook group. Local Socialist Party members will be adding their weight to the campaign and arguing for a real solution to the school places crisis which doesn't worsen our environment.