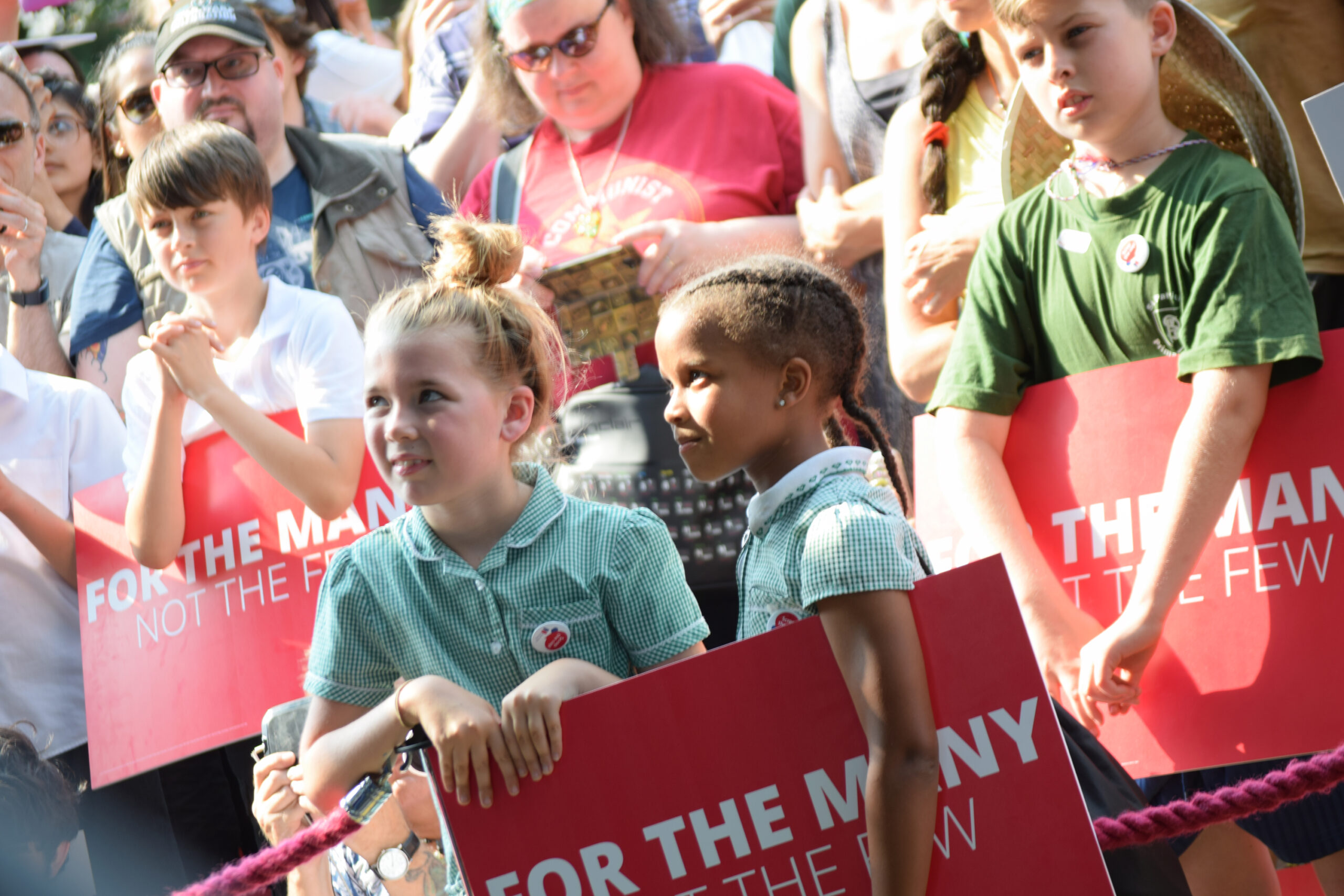 Editorial of the Socialist, issue 974 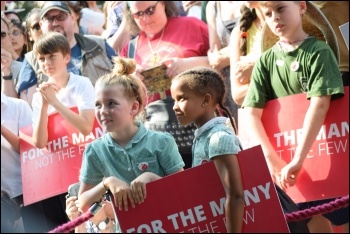 “If this Tory parody of a government is so shambolic, so chronically divided, so utterly directionless, then why no astronomical Labour lead in the polls?” Owen Jones asked in the Guardian on 29 November.

He then remembered that in April, when May triggered the snap general election – partially because she and the Blairites hoped and expected that Jeremy Corbyn’s Labour was facing electoral oblivion – a small Labour lead would have been seen in a positive light.

Owen Jones was one of those on the left who drew pessimistic conclusions about Corbyn’s fortunes. Just six weeks before May announced her intention to call an election, Jones said “an agreement should be struck where he can stand down.”

In contrast to Jeremy’s fair-weather friends, the Socialist Party was confident Labour could push the Tories close to defeat – or better still out of power altogether – providing Corbyn fought on the radical programme his leadership campaign was based on in 2015. “If Corbyn fights on a clear socialist programme,” we wrote on the day the election was called, including “for a Brexit in the interests of the working and middle class – he could win the general election.”

As we predicted, after the launch of Labour’s manifesto – and particularly the announcement of policies such as the abolition of tuition fees, a £10 an hour minimum wage, and renationalisation of railways and utilities – the election was transformed.

In the recent BBC documentary ‘Labour – the Summer that Changed Everything’, when asked by the sitting Blairite Labour MP for Brentford and Isleworth if they were voting Labour, one voter replied “yes, two votes for Corbyn,” summarising the mood of millions.

The election result transformed the political situation, plunging the Tories into a crisis – or rather exposing their huge divisions, especially on Brexit.

It should have been, and still can be, the foundation for Labour to push ahead in the polls. But to see the task as merely waiting for the next scheduled election in 2022 is a mistake.

It risks demobilising those like the young people who not only voted for Corbyn, but in many cases mobilised to get the vote out as well.

The need for a radical programme of socialist policies must be linked to the need to mobilise all those opposed to the Tories and their austerity offensive, including fighting for free education, which could organise tens of thousands of young people into an irresistible movement for the Tories to go.

It should also include resisting the government’s and employers’ attacks on living standards, which have reached historic proportions.

Jeremy Corbyn and John McDonnell should demand a meeting of the general council of the Trade Union Congress (TUC) to discuss how they can support coordinated strike action against the Tory public sector pay cap.

It is welcome that the TUC has called a national Saturday demonstration. But it should be earlier than the planned date of 12 May 2018, so that it can become a key organising tool of a collective union fightback on pay.

This could reach out to workers outside the public sector, some who have been involved in the wave of strikes this year.

Actually, one of the dangers of the better than expected election result for Labour is that it has allowed some union leaders to justify passivity.

They hoped that Hammond’s budget would end pay restraint, and will still now be prepared to wait for the Tories to implode.

But this is not certain. The establishment sees that a Corbyn-led labour government would not be a reliable tool for them, because it risks raising the expectations of the working class and big sections of the middle class.

This view will be strengthened by Jeremy Corbyn’s comments on banks “like Morgan Stanley (who) say we’re a threat, they’re right…

“These are the same speculators and gamblers who crashed our economy in 2008 and then we had to bail them out. Their greed plunged the world into crisis and we are still paying the price.”

These were in response to Graham Secker, Morgan Stanley’s chief European equity strategist, who wrote to clients last month: “We could see the biggest shake-up in the political backdrop since the seventies. This is much more scary from an equity perspective than Brexit.”

This gives a glimpse of how the financiers would try to sabotage a Jeremy Corbyn-led government. The solution is to take the power out of their hands by nationalising the major banks and corporations under democratic workers’ control and management.

Owen Jones points to sections of the working class who have yet to be convinced by Corbyn. This includes many pensioners, who the Tories won a majority among in June.

But bold socialist policies to end the crises in the NHS and social care, along with rises in old-age pensions, can help win this section over.

This radical approach changed the June election, and that was a race Corbyn wasn’t even expected to be a challenge in.

He must resist any pressure to moderate his manifesto for the next challenge where Labour may be favourite to win.

But to win over older people and other unconvinced sections of the working class, it is vital Corbyn and McDonnell do not send out mixed messages.

Being anti-austerity also means Labour councils not implementing savage Tory cuts, which tend to impact on the oldest and youngest in society.

As the Birmingham bin workers and Derby and Durham TAs showed, working class voters can have their view of a Corbyn-led Labour Party affected when Blairite councillors pass on the cuts, reinforcing the idea that all politicians are all talk but no action.

It is also crucial that Corbyn fights for a workers’ Brexit, and not become associated with any perception he is part of establishment-led backsliding.

It is Corbyn, not Farage, who should be leading the charge against the Brexit ‘divorce bill’. May’s offer of £50 billion has exposed her election stance as a self-styled ‘tough negotiator’ – and both wings of the Tories negotiate only in the interests of big business and the capitalist class.

This bill is based on liabilities that were not agreed by workers, young people or pensioners – but by a succession of neoliberal, pro-market Tory and New Labour prime ministers from Thatcher to Blair and Cameron.

Jeremy Corbyn should use his international anti-austerity authority to appeal to workers’ and socialist organisations and parties to tear up the EU bosses’ club rules and help establish a new collaboration of the peoples of Europe on a socialist basis.

The Labour leadership should demand that instead of £50 billion going to the EU, it should be spent on abolishing tuition fees, funding the NHS and raising public sector pay.

This class approach would immediately cut through the fog and confusion over the EU and expose the real business motivation of all the Tories on both sides of their division.

But part of this strategy must be a determination to inflict a decisive defeat on the Blairites. Following its autumn conference, Labour launched a ‘democracy review’.

Corbyn should campaign for mandatory reselection of MPs to be reestablished, along with restoring rights for trade unions, and opening up Labour as a federal party for all socialists and anti-austerity campaigners. Timidity is not the answer.