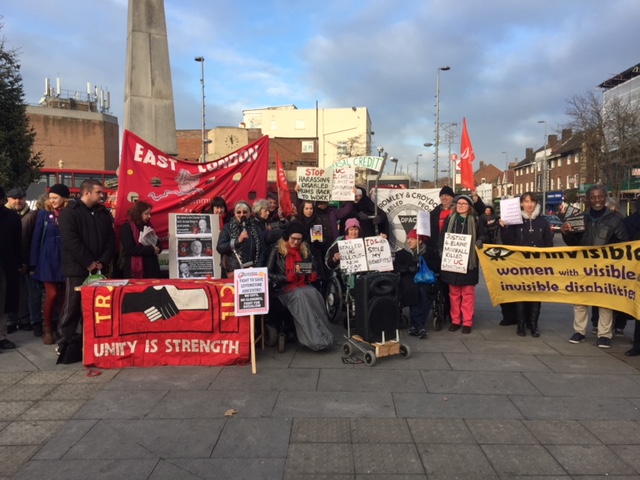 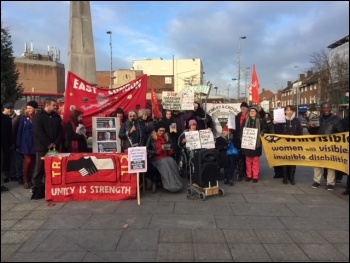 Demonstrators assembled outside Tory MP Iain Duncan Smith’s office in Chingford on 2 December to protest the planned rollout of the Universal Credit benefits system in Waltham Forest next year.

Organised by Unite Community, the civil servants’ union PCS, and Waltham Forest Trades Council, around 30 protesters were joined at the lively demonstration by members of Disabled People Against Cuts (Dpac).

During his time as the work and pensions secretary, Duncan Smith devised the spiteful system, which has already left families in rent arrears and without much needed benefit money at Christmas time.

Protesters later marched to Chingford Mount to join a protest organised by Dpac against Duncan Smith’s role in cutting the benefits and services available to disabled workers and youth.