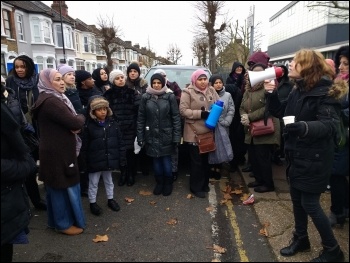 Strike action at Avenue primary school in Newham, east London, against turning the school into an academy continues on 14 December following a mass picket of 80 teachers, parents and children during the previous strike on 29 November.

Socialist Party member Louise Cuffaro is playing a leading role in the dispute and has recently been elected NEU branch secretary.

There is a further anti-academies walkout taking place in Newham at the Royal Docks School on 13 December.