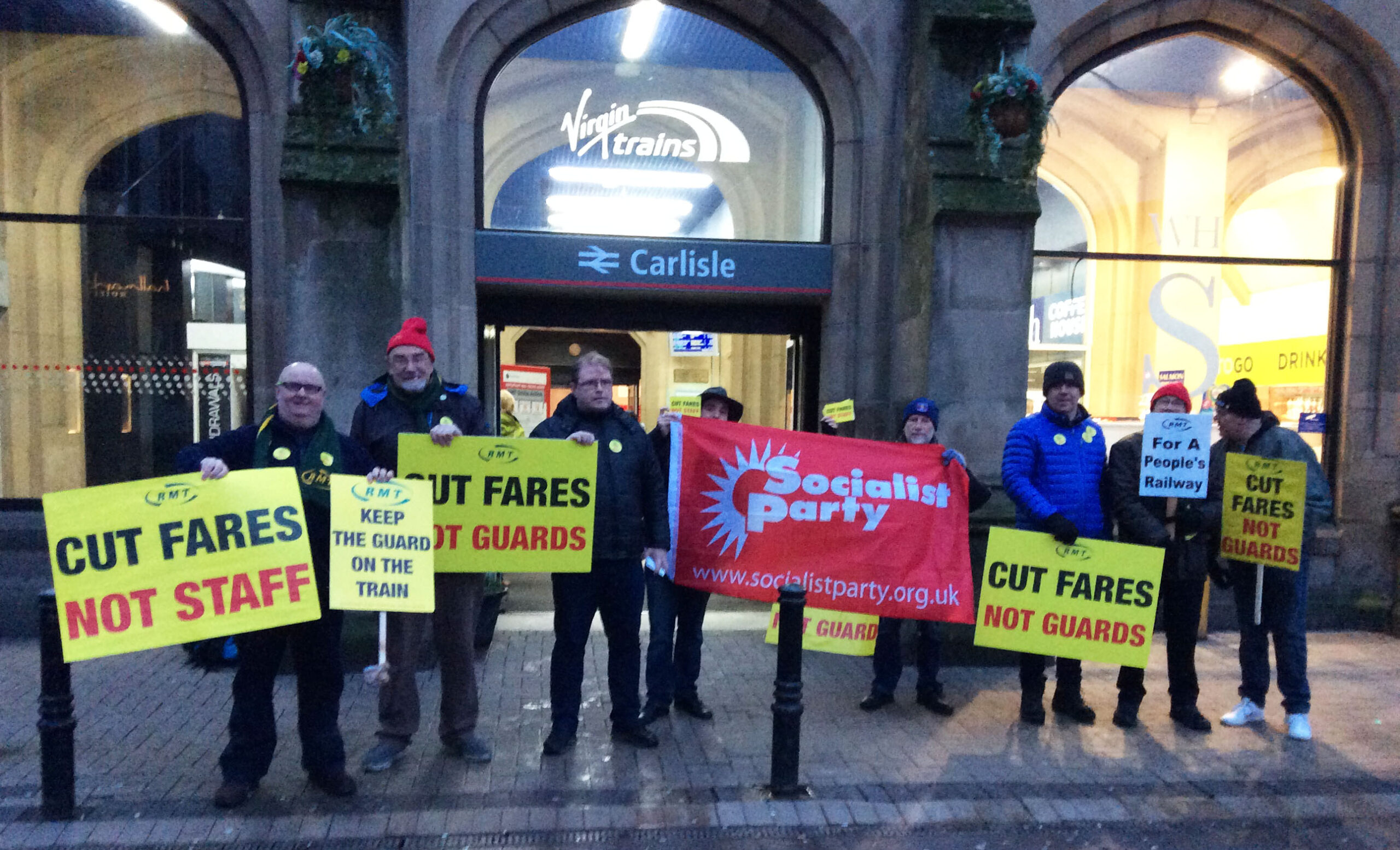 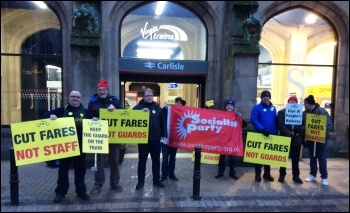 Rail companies are ringing in the new year by inflicting yet more misery on long-suffering commuters. Fares have gone up another 3.4%. With wages only up by 2.5% this means travel continues to get more costly for workers.

Commuters in Britain now pay up to five times as much of our wages in fares as our fellow workers in other parts of Europe, according the TUC. Since the Tories came to power in 2010 season ticket prices have jumped 32%, Labour has found.

The government and rail bosses claim the increases are to cover the costs of huge rail infrastructure and improvement projects, as well as operating costs.

So, money well spent? No. 48% of all trains were late or cancelled in the five weeks up to Christmas, the Sunday Times found.

Bosses are also attempting to cut costs by removing safety-critical duties from train guards in favour of ‘driver-only operation’. As well as trains being late and overcrowded, passengers are asked to pay for a service that is unsafe and inaccessible.

Seen in this light anyone would say that the government’s transport policies have been an abject failure. Anyone except the fat cats who run Britain’s railways.

Like Rupert Soames, chief executive of Serco, which runs the Caledonian Sleeper and part-runs Merseyrail. Soames stands to get a staggering £5.4 million if he meets performance targets.

Or Martin Griffiths, boss of Stagecoach, operator of East Midlands and partner of Virgin’s East Coast and West Coast lines. He is due a huge pay-out of £2.5 million.

The bosses claim that 97% of fares are reinvested – that just 3% is profit.

Of course, parts of that ‘reinvestment’ go on leasing trains from private companies and paying interest on debts – making profits for other bosses. And the chief execs’ massive handouts count as staffing costs.

But even if the majority of the money goes on maintenance and improvement, why should passengers and railway workers have to foot the bill for decades of underinvestment?

The railways should be nationalised, in full and immediately, with compensation paid to shareholders only on the basis of proven need. Only by taking rail out of the hands of greedy bosses can we end the great British train robbery.

On the basis of public ownership and democratic planning, state subsidies could guarantee cheap fares, good wages and decent service – not prop up 3% profit margins and executive excess for companies competing to run rail into the ground.