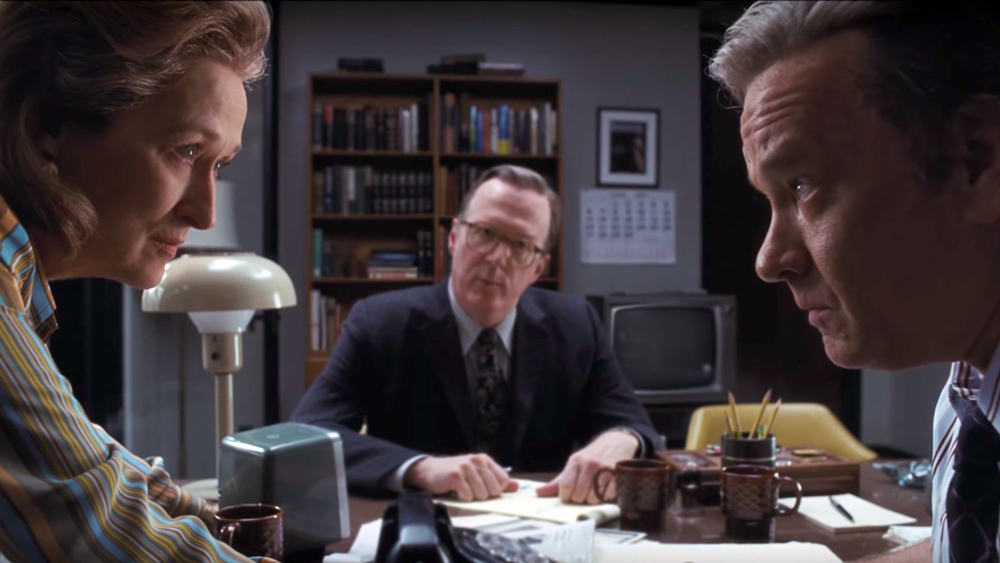 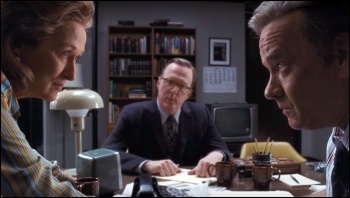 In 1971 US casualties in Vietnam were running at 500 a week, and opposition to the war was reaching boiling point.

Daniel Ellsberg stole a 7,000-page document, later known as the Pentagon Papers, detailing the failures of US policy in Vietnam, information which had been deliberately concealed from the American people by a succession of presidents. Stephen Spielberg’s latest film ‘The Post’ is the story of what happened next.

Ellsberg leaks the documents to the prestigious New York Times, which prints extracts. Ben Bradlee (Tom Hanks), editor of a smaller rival newspaper, the Washington Post, is furious the competition has the scoop.

By the time the Post has the documents too, the Times faces a court order from President Richard Nixon to cease publication of “treasonous” material. The Times complies.

A dilemma confronts Bradlee, and the paper’s owner, wealthy socialite Katherine Graham (Meryl Streep): do they publish anyway, to defend press freedom, but also to steal a march on the Times?

Bradlee wants to publish and be damned while the naturally cautious Graham is pressurised by directors to back off since a legal case could jeopardise a vital share offer on the stock exchange. In the end both papers appear together before the Supreme Court which rules 6:3 in favour of the right to publish.

The record-breaking nine-month gestation of this film suggests it is Spielberg’s response to a Trump presidency. The two rival papers in the film – almost its central characters – are daily abused by Trump as purveyors of ‘fake news’.

But there are no simple answers in Spielberg’s film. It makes clear that both Bradlee and Graham are part of the same wealthy establishment, socialising with presidents and secretaries of state. In addition to legal and commercial risks, are they prepared to betray their friends and associates by publishing?

But Streep’s performance is altogether more layered. Handed the ownership of the paper by the untimely death of her husband she is initially nervous, even deferential, as she attends board meetings, surrounded by grey-haired men in dark blue suits.

There is no mistaking the pressures on her, the slights and humiliations facing this lone woman in the newspaper world. Gradually she finds her voice, asserts herself, and summons up the courage needed, even as the tough-talking Bradlee gets cold feet.

This film asks urgent moral questions about press freedom and the capitalist state. It portrays a time, not unlike today, when the American capitalist class feared that a president was out of control and needed reining in, hence the Supreme Court verdict allowing publication.

Press freedom in the US is already more constrained than in the 1970s, and the secret services have more power than then. Trump even has his Supreme Court stacked too.

This is a great film. But as socialists, we won’t be relying on the rich and powerful – even their most courageous representatives – to right their own system’s wrongs and bring this president down.