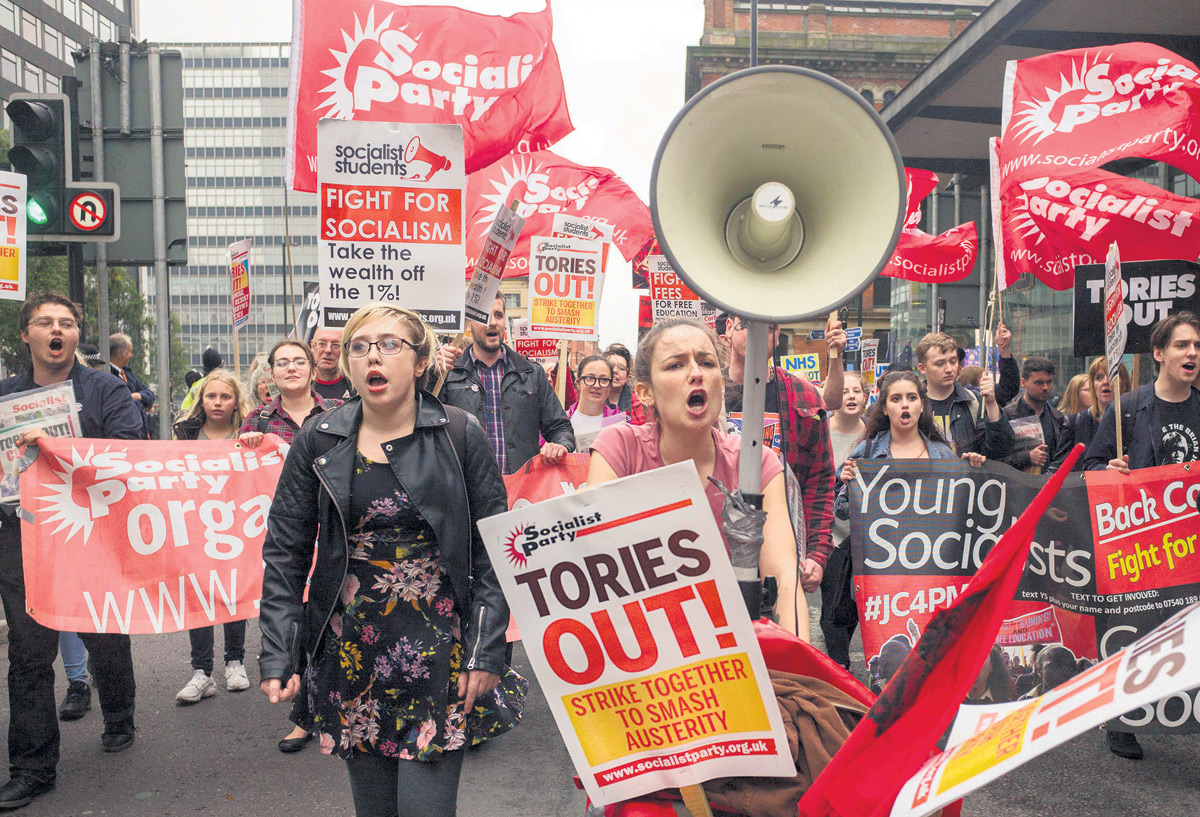 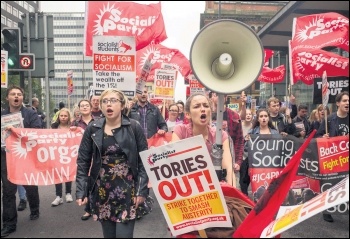 It is 100 years since the first women in the UK won the right to vote in parliamentary elections. It took years of struggle and the largest mobilisation of women in Britain’s history to achieve this partial victory (see below for limitations).

Today women worldwide are taking to the streets, as well as social media, demanding an end to sexual harassment and domestic abuse, the right to abortion, and an end to austerity and cuts to women’s services. We could see new women’s movements emerge which draw in women of all classes, initially at least, around their shared gender oppression.

The movement for the vote, the tensions and difference in programme, methods of struggle and ideology which arose out of the different class interests of the women and men involved, hold valuable lessons for socialists today.

The campaign for women’s suffrage was one of the biggest movements by women in the history of Britain. Yet thousands of the working class activists and local organisers of the National Union of Women’s Suffrage Societies (NUWSS) who devoted many years of their time to ‘the cause,’ remain hidden from history.

The NUWSS, set up in 1897, had over 100,000 members at its height. National leaders, including Millicent Fawcett, limited their demand to votes for women on equal terms with male voters. But many of its local activists, especially in the

industrial areas of the North West, demanded nothing less than ‘womanhood suffrage’ – votes for all women.

Jill Liddington and Jill Norris explain in their book about the rise of the women’s suffrage movement, One Hand Tied Behind Us: “Several years before ‘suffragette’ became a household word; the cotton workers of Lancashire were debating the controversial issue of votes for women in meetings at their factory gates, street corners and in town squares.

“The speakers who addressed the crowds were not educated, middle class ladies, but local women who had come to the suffrage movement through their experience of factory work and of organising working women”.

These women were known as the radical suffragists, both because their methods differed from the polite parliamentary lobbying of the NUWSS leadership and because of their programme.

Where they were prepared to support demands for limited women’s suffrage, they saw this as a step towards full universal suffrage and not an end in itself. They also saw the vote not as an abstract democratic right but a tool which they could use to challenge the terrible social conditions and inequality they faced.

The radical suffragists took the question of women’s suffrage into their own organisations, including the trade unions and the Women’s Cooperative Guild. Many suffrage activists participated enthusiastically in the growing movement for an independent political voice for the working class through the Independent Labour Party and, later, the Labour Representation Committee (which preceded the Labour Party).

Unfortunately, the labour movement did not always return this enthusiasm. While many in the labour movement were very supportive of women’s suffrage, others regarded it (along with other women’s issues) with indifference or suspicion, seeing it as a ‘middle-class’ concern that put gender before class.

There was a genuine fear among some socialists and trade unionists that if better-off women got the vote they would use this to support the Tories and Liberals and undermine the recently formed Labour Party. This led many to put the demand for ‘adult suffrage’ ie votes for all as opposed to ‘women’s suffrage’ on the same terms as men.

For some, however, this was an excuse to oppose women’s suffrage without genuinely campaigning for votes for all. The Labour Party did not back women’s suffrage until 1912. Once it did, the NUWSS transferred its support from Liberal to Labour election candidates.

Emmeline Pankhurst had set up the Women’s Social and Political Union (WSPU) in 1903 with her daughters Christabel and Sylvia. Initially, this was based within the Independent Labour Party (ILP) and had close links still with the radical suffragists in and around Manchester.

However, partly out of frustration with the Labour Party’s refusal to endorse women’s suffrage, and partly a reflection of Emmeline and Christabel’s shift to the right politically, the WSPU increasingly moved away from any idea of building a mass movement for the vote as part of a wider labour movement.

In 1905, Christabel Pankhurst and Annie Kenney of the WSPU adopted a campaign of direct action and civil disobedience. The suffragettes got widespread press coverage and almost overnight spread the word about the campaign to thousands of women.

Many of the radical suffragists were enthused by this publicity and admired the courage and determination of the protesters. However, by 1906 the WSPU, according to Teresa Billington, an ex-member, “has gradually edged the working class element out of the ranks”, and “cut down its demand from one of sex equality to one of votes on a limited basis”.

The radical suffragists broke with the WSPU after 1906 because of their abandonment of the call for universal women’s suffrage. Christabel and Emmeline left the ILP in the same year.

By this time they had abandoned any attempts to campaign on wider social issues and had only one aim, ‘political equality with men’. Only Sylvia Pankhurst retained her socialist ideas and continued to campaign in the East End of London.

Why did the Liberal-Conservative coalition government grant limited votes for women in 1918 when four years previously the Liberal government under Herbert Asquith had seemed actively hostile? The main fear was always the link between women’s suffrage and the labour movement.

Sylvia Pankhurst, in her book, ‘the Suffragette Movement’, argued that Asquith had been planning to introduce limited women’s suffrage in 1914 to attempt to break the link and divide the suffrage movement more decisively along class lines.

The government was facing revolt in parliament over home rule for Ireland and strikes by dockers and miners – the period of ‘great unrest’ on the industrial front. It had been forced to implement reforms such as pensions, health and unemployment insurance from above in order to prevent revolt from below.

The outbreak of World War One cut across this radical mood temporarily. But during the course of the war, women were drawn into the workforce in ever-larger numbers to replace men who were at the front.

This had a significant effect on women’s consciousness and started to break down existing social attitudes about women belonging in the ‘domestic sphere’.

The conventional view is that a section of women were ‘given’ the vote in 1918 in recognition of the sterling efforts they put in for ‘king and country’ during the war. Certainly, Emmeline and Christabel Pankhurst were taken over by patriotic fervour and, in return for the release of suffragette prisoners at the start of the war, agreed to put their campaign on hold.

The NUWSS also ‘shut down’ during the war. Not all of its grassroots members agreed to this, however, and many suffragists totally opposed the war and were active in campaigns to stop young men from being drafted into the army.

However, the ‘change of heart’ from the government was more likely to have been provoked by fear – of the effect of the Russian Revolution of 1917, which had inspired working class movements all over Europe and radicalised the war-weary troops returning to Britain. The government feared giving working class men a political voice, but feared the consequences of not doing so even more.

Thus, in 1918, all men over 21 (and ex-serving troops over 19) got the vote. The decision to grant the vote to women property owners and tenants over 30 may have been an attempt to ‘stabilise’ the electorate and tip the balance back in favour of the middle and upper classes.

After the new act, around 40% of voters were women. It was a kick in the teeth for the younger women and working class women who made up the bulk of the munitions workers, but who the government felt were politically more unpredictable.

It was another ten years before the demands of the radical suffragists for ‘universal womanhood suffrage’ were finally met.

The Representation of the People Act 1918 granted the vote to: