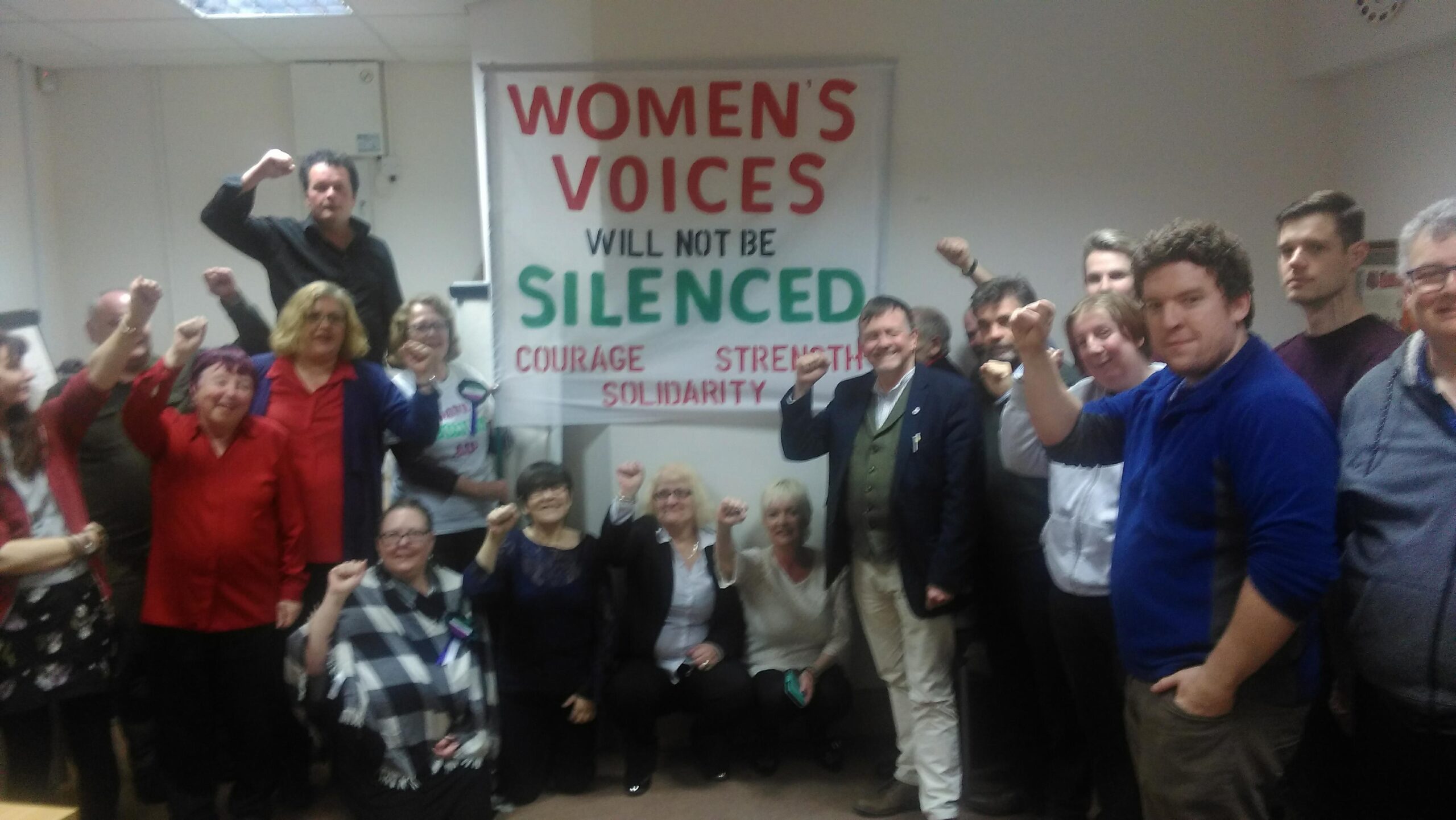 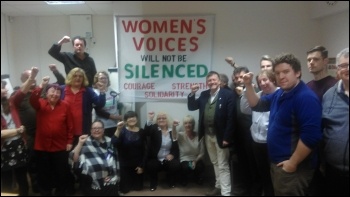 Long-standing Doncaster Militant then Socialist Party member Mary Jackson sadly died on 17 January (see the Socialist’s obituary: Red Mary – a force of nature). Around 150 people attended her funeral on 14 February reflecting the enormous love and respect she was held in by family, friends and comrades, as did the £405 donated the Socialist Party’s fighting fund at the end of the service.

I was asked by Mary’s husband John to pay tribute to her on behalf of the Socialist Party. I recounted that it was during her 2013 ‘Mary for Mayor’ campaign that Margaret Thatcher died. I will always remember being at Mary’s having a cuppa after a campaign stall when we heard the news.

But it was never personal with Mary, it was about the exploitation of the capitalist system that causes so much unnecessary misery and suffering for so many people.

Dave highlighted the pivotal role Mary had played in cementing the close relationship between Socialist Party and the RMT transport union – who also sent a delegation to Mary’s funeral.

Mary Jackson was such a strong woman, a working class fighter and an eternal optimist in a socialist future, an inspiration to all who had the privilege to struggle alongside her for a better society.