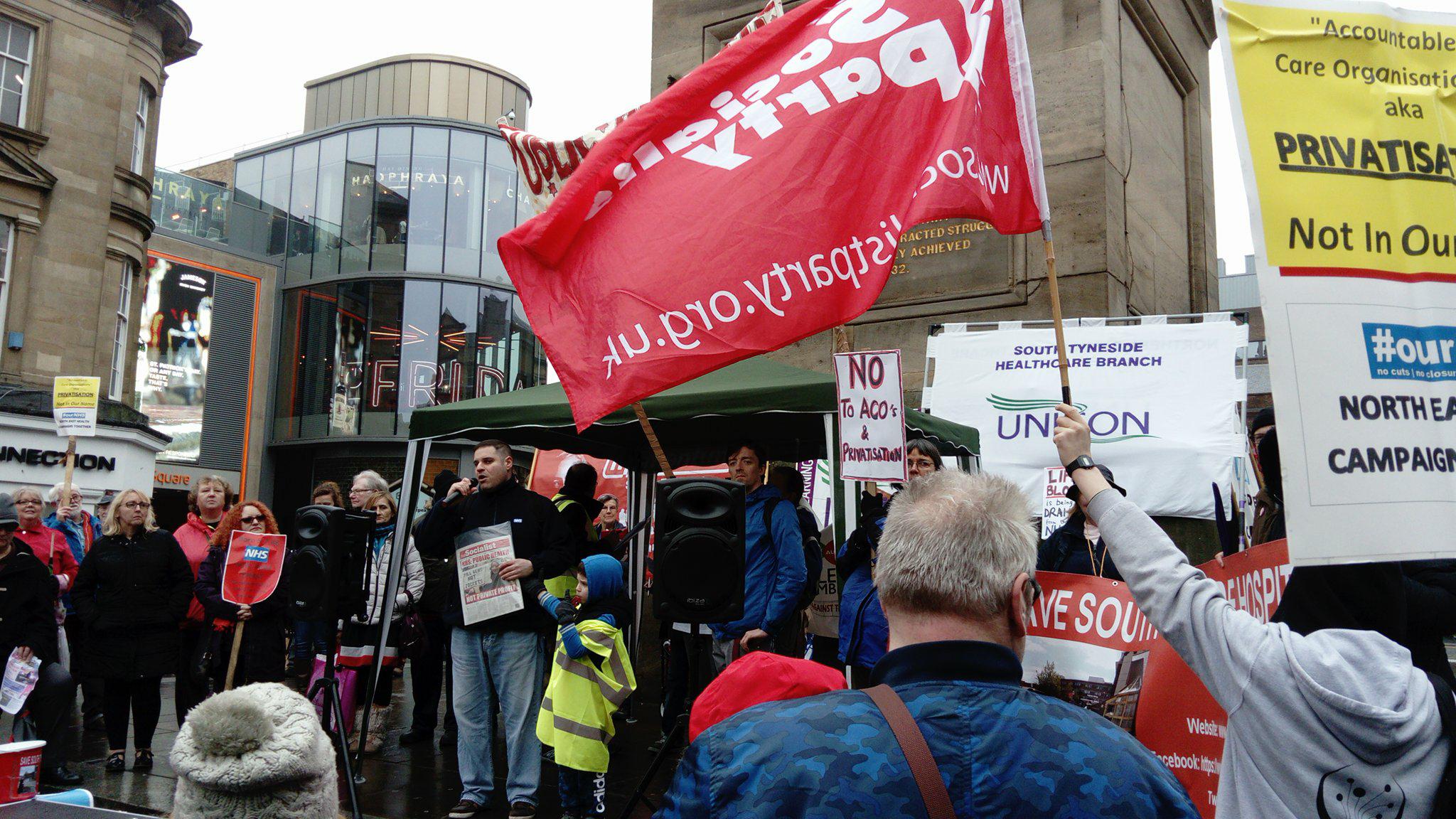 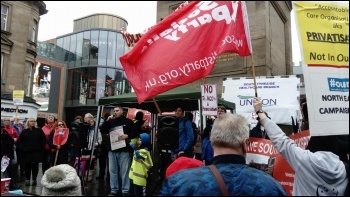 Over 1,000 socialists, trade unionists, NHS campaigners and supporters assembled to march through the streets of Newcastle on 10 March under the banner of ‘Our NHS: no cuts, no closures – no privatisation’. Called by local Keep Our NHS Public groups and local NHS campaigns such as Save South Tyneside Hospital and Save North Tyneside NHS, Socialist Party member and NHS worker William Jarrett was warmly received by the crowd when speaking at the rally, especially when describing the necessity of strike action to defend NHS pay and services.