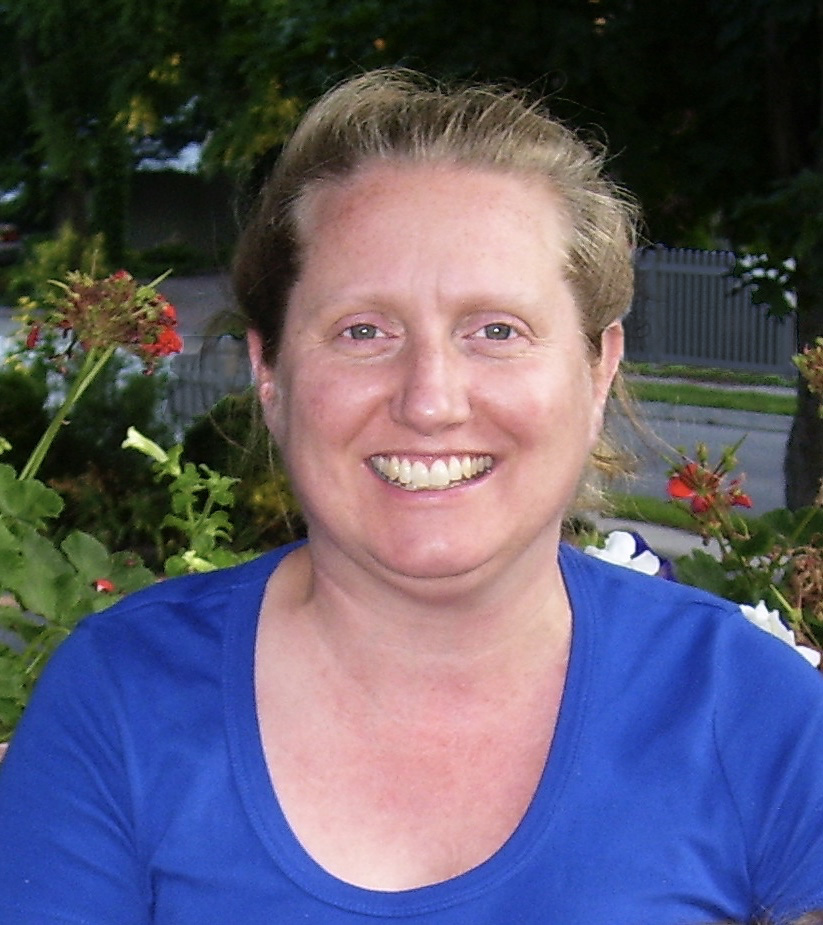 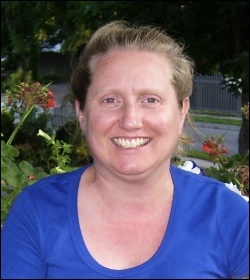 Lorraine Dardis, a founding member of our US co-thinkers, now known as Socialist Alternative, has tragically died, aged only 53. She conducted a determined struggle against a malignant, aggressive brain tumour, but was eventually defeated.

She died peacefully on 22 March. Even for those who have long been aware of her illness, including her parents, her death has come as a profound shock.

Lorraine had outstanding abilities and there is much, much more she wanted to accomplish. She was a wonderful person, a true friend to many comrades and friends. She had the extraordinary gift of connecting with people in a few minutes – sometimes becoming a life-long friend.

At the same time, Lorraine was a steely class fighter who never believed in giving up. She will be deeply missed – but never forgotten.

Lorraine developed an internationalist outlook from an early age. Her father, from a working-class family in Newark, New Jersey, was in the army. The family regularly moved from one base to another across the US and West Germany. Her mother is from France.

Lorraine’s entry into anti-capitalist politics came through the international peace movement. She dropped out of studies at Boston University to visit the women’s peace camps at Greenham Common and Faslane nuclear bases in the UK. Later, Lorraine travelled round Europe, meeting people in Ireland, France, Netherlands and Germany.

On returning to Boston, she worked various low-paid jobs. She was involved in some of the struggles of a militant local branch of the United Autoworkers union which organised a variety of workplaces. In one of the jobs Lorraine met Jeff and Martha, who were working to establish a US organisation that would work with the Committee for a Workers’ International (CWI).

Lorraine was more than ready for such an organisation. In fact, she complained they had not involved her sooner. For the rest of her active political life, she devoted her considerable talents to building Socialist Alternative and the CWI.

Lorraine joined the organisation in 1985, a year before the founding conference. When Labor Militant was launched, she helped edit the paper. She was an intrepid paper-seller. Later she worked full-time for the party in Chicago and Boston.

Joining our organisation at that time was an enormous step. There were no more than about 40 members (with four or five branches) in a vast country. The political climate was not favourable. Ronald Reagan had been elected president in 1981, implementing ultra-free-market policies and launching an offensive against the unions.

Lorraine was inspired by our socialist aims, and her commitment and enthusiasm inspired others. She recently wrote: “Having already come across a range of political groups with different approaches and principles, I was attracted to [what was to become] Socialist Alternative for two main reasons: Its support for creating a genuine democratically-run and grassroots-controlled socialist society internationally; and its member-based, democratic, and anti-bureaucratic structure and functioning.”

Lorraine passionately believed that Marxists should be in the forefront of the fight for real equality for women and fight for socialist policies to protect the natural environment.

Condolences that have already poured in testify to Lorraine’s extraordinary qualities. Tenacious in defence of political objectives, she was at the same time a very sociable, unusually sympathetic person, very loyal to her many friends. She had a joyful sense of humour. No one who met her will forget her.

Served in January 2014 with a terminal diagnosis of 12 to 18 months, Lorraine was determined to fight the malignant brain tumour (Glioblastoma multiforma). She was told that it was treatable but incurable. Her strategy was to hold out until a cure was found. “I’m a fighter,” she said: “I won’t give in.”

Radiotherapy, chemo, and Lorraine’s determination kept the tumour at bay for three years. Then it began to grow again, while successive rounds of chemo became less and less effective. She still refused to give up the struggle. Only in the last few days did she admit to me: “I may not make it”. No one could have fought harder or longer.

I have done my best to be objective, but I must declare a personal interest. For over 20 years Lorraine and I have been together. In 2000 she moved to London so we could live together. She was my best friend, trusted comrade, wise counsellor, my inspiration, the love of my life.

A key role in the US

Lorraine Dardis, a founding member of Socialist Alternative in the US and an active member of the Socialist Party in England and Wales, passed away in London on 22 March. Despite struggling against an illness for the last four years, and recently entering hospice care, Lorraine’s passing was still a terrible shock to her loved ones, comrades, and friends.

Most of Lorraine’s adult life was dedicated to revolutionary socialism through helping to organise around the methods and ideas of the Committee for a Workers International (CWI). In retrospect, it’s easy to see how Lorraine was particularly attracted to Marxism and ready for the sacrifice and hard work involved in helping to build international socialism.

Lorraine was always incredibly kind and empathetic, often helping out friends in need and at the same time, adept at connecting problems she saw or experienced with their root causes in capitalism. Lorraine’s upbringing in a close and loving family and the circumstances of her younger years prepared her well for later socialist activism.

Lorraine was born in 1965 on a US army base in Germany. Despite the hardship of moving a lot as a self-described “army brat” – Lorraine learned to enjoy travelling and meeting new friends. Her parents, Leon and Mimi, encouraged Lorraine to care deeply about others, to value learning, and they made the frequent changes and difficulties of army camp life into positive experiences in many ways.

Lorraine’s family settled in New Jersey in the US during her high school years and there she had some influential teachers in high school, including one teacher who actually had the courage to introduce his students to socialist ideas. Lorraine became active in environmental protests against a multinational corporation, Ciba-Geigy, whose dye plant was polluting the environment of Toms River where Lorraine’s family settled down.

Lorraine went to Boston to attend university but the pull of political activism and a growing political awareness caused Lorraine to leave school before graduation. She became involved in the international peace and anti-nuclear movements of the time, including visiting the Greenham Common Women’s Peace Camp and the Faslane Peace Camp in Scotland.

After more travel in Europe and then back to Boston to begin working a range of difficult, low-paid jobs, Lorraine met a friend who had just joined a group of union and socialist activists in the process of trying to start a new socialist group in the US – a group that would be in political solidarity with the CWI. Lorraine joined this effort to and became a founding member, in 1985, of what is now called Socialist Alternative.

In her own words: “Having already come across a range of political groups with different approaches and principles, I was attracted to Socialist Alternative for two main reasons: its support for creating a genuine democratically- run and grassroots-controlled socialist society internationally and its member-based, democratic, and anti-bureaucratic structure and functioning.”

Lorraine then devoted herself to the hard slog of helping to organize a socialist organization in the wake of the collapse of Stalinism, in the most powerful capitalist country in the world, and starting from scratch, essentially.

Lorraine’s intelligence, enthusiasm, and energetic activism were quickly noticed in the newly forming US grouping and Lorraine was elected into leadership positions and asked to become a full-time organiser. Accepting this, she worked first in Chicago, and then back in Boston. She played a key role in organising young workers and helping to educate a new generation of Marxists in Socialist Alternative.

The late 1980s and 1990s were a difficult time for socialist organizing but Lorraine joined comrades in toughing it out, being in it for the long haul, and even making some organizational gains against great odds – establishing a foundation for Socialist Alternative in the US . Some of Lorraine’s more public work as an organiser for Socialist Alternative included helping to lead a campaign against domestic violence, being involved in numerous union solidarity campaigns; from helping organize new unions to strengthening existing unions involved in strikes, contract campaigns, and making unions more democratic.

Near the end of the 1990s, Lorraine left her political post but remained a leading member of Socialist Alternative, in the Boston branch and nationally. While balancing a lot of branch work with going back to university, Lorraine managed to finish her undergraduate degree.

In 2015, Lorraine retired due to ill-health. She maintained a keen interest in the Socialist Party and CWI work, even as she fought her illness. The “old-timers” in Socialist Alternative in the US will never forget her dedication and hard work for our cause of human liberation from capitalism, and for international socialism. Those of us who were lucky enough to be personal friends with Lorraine will also never forget her amazing kindness, generosity, and love. Her life will continue to inspire us.