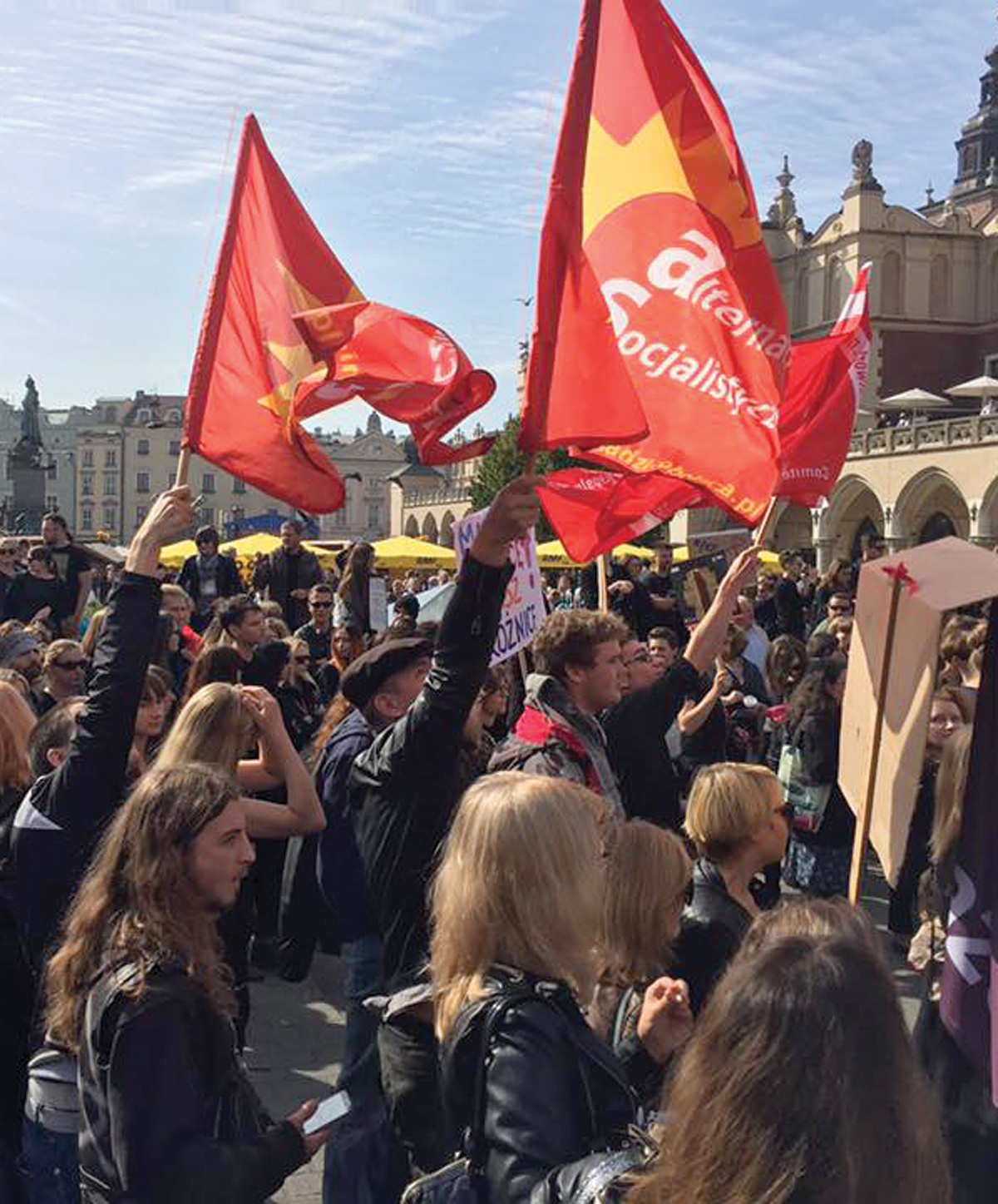 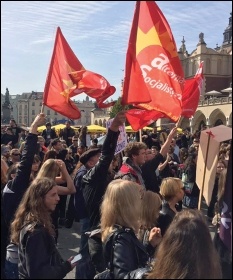 A bill banning abortion in cases of foetal malformation has been suddenly enacted by the right-wing PiS – Law and Justice Party – dominated Sejm (parliament). This met with an angry demonstration against the right and the Catholic Church hierarchy.

Most estimates are that 55,000 marched in Warsaw – a figure higher than the original ‘Women’s Strike’ in 2016. This turnout shows the existing anger and the prospect of resistance, especially considering that the protest took place on a working day, with very short notice.

As the demonstration in Warsaw marched from the Sejm to the ruling party’s headquarters, slogans were chanted against the ban, against interference of the Catholic Church, for choice and for decent healthcare for women. More radical anti-government slogans could also be heard.

The current government is openly anti-women’s rights and reactionary. However, ideas criminalising or totally banning abortion are not predominant in Polish society; not even the electoral base of the ruling party supports the ban.

However, PiS quickly stepped back in line once the Catholic Church spoke on the issue. This raised much anger: how could an unelected body of old men, the Episcopacy, have more weight to decide women’s reproductive rights than women themselves? That is why in many places demonstrations would target local curiae – administrations – of the Catholic Church.

Faced with these demonstrations, the ruling party initially tried to discredit the protests. State TV went as far as presenting the protests as “feminists demanding the right to kill children”.

The authors of the bill are a group of Christian fundamentalists operating under a number of labels – most notably the Ordo Iuris society, a ‘legal cultural’ organisation.

This group is financed by an anti-socialist Brazilian sect ‘Tradition, Family and Property’. The Catholic Church in Brazil disaffiliated from this group as it was involved in financial scams and historically in anti-left campaigns in Latin America, such as fighting against land reform or liberation theology.

The leader of the Polish ‘Stop Abortion’ initiative, Kaja Godek, was given a lucrative job on the board of directors of a state-owned engine factory after PiS won the election in 2015.

The leaders of the ‘Women’s Strike’ announced that if the bill passes in the lower chamber of parliament, they will protest at the senate and organise a massive movement.

The mass movement should try and develop a democratic structure – like action committees based in schools, workplaces and communities – that could discuss and take decisions on next steps, allowing more space for more direct action, civil disobedience, and so forth.

We also think that women’s struggle for choice is a class issue that should be taken up with the trade unions, that could help turn the largely symbolic ‘Women’s Strike’ into actual strike action.

Stopping the current attack will not solve the issues facing Poland’s women’s reproductive rights, especially those of working class women and students.

Underlying problems like restrictive abortion laws – a so-called compromise – an unreliable healthcare system, the lack of sexual education, and insufficient childcare provision remain to be fought for, as part as a socialist programme of full reproductive rights and proper public services.